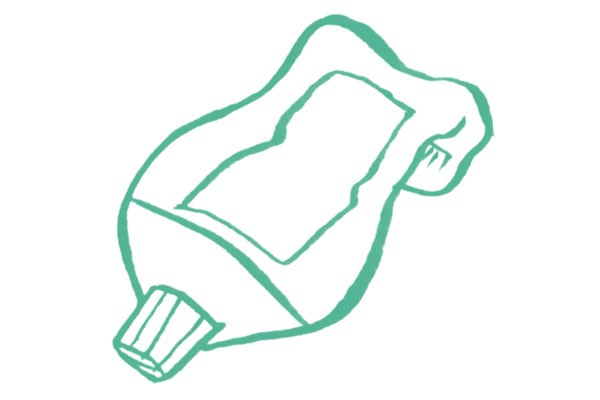 Critic asked you to drop your emotional baggage on us with your funniest travel stories.

A rash in Australia

I was in Sydney with my new boyfriend and we ended up having sex in a park and falling asleep because it was so warm. I was itchy all over all night and I thought it was because I was hot and sweaty under my clothes. We woke up and there were a pack of Ibis looking at us – terrifying birds. We went home on the bus and I was almost unbearably itchy. When I finally went to have a shower I discovered I had a rash over my entire torso and down most of my thighs. I must have been allergic to the grass. I didn’t want to tell my boyfriend, as I didn’t know him that well, so I wore a long sleeved shirt and jeans, (still itching like crazy underneath), on a 30-degree day. Luckily the rash disappeared before the evening.

I was backpacking around Europe when I was 18 and happened to be staying at a hostel in Paris. I was drinking by the Eiffel Tower and by 3am I was absolutely plastered. Managed to hail a cab and when I was back at the dorm I fluffed around for a while with the key to the room I was sharing with 12 other people, and then managed to get in. I climbed into the bunk of what I thought was my bed and then after resting my head for about 10 seconds noticed I was in the bed with an enormous Romanian man who then woke up, saw me, started shouting at me, woke everyone up and then pushed me off the bunk bed! I managed to find my bed after that thankfully. Then woke up, realised my train to Milan was leaving in 20 mins so I stuffed everything into my pack and ran to the station. When I got there, I saw the train I should’ve been on to leave...

My friend and I decide to celebrate Christmas by getting fucked up on tranquillisers and bouncing around our room. We had been trading off who got to sleep in the double beds in the rooms we rented. It was my turn to be able to sleep diagonally. We get wasted. We pass out. I have taken so many tranquilizers that I don't wake up to the sensation of bed bugs biting my arms, legs, face, eyelids and mouth. When I do wake up I get a chance to look like the acne ridden teenager I never was. I go to the pharmacy to get some cream to make it better: it makes it worse. I throw out my clothes so that I only have one pair of jeans and a singlet. I take a 30 hour train ride to Bangkok with burning sensations everywhere from the cream. The plus side is that my inflamed appearance keeps me safe from getting hit on by travel bros. Worth it.

Naughty nighty thief in the USA

In Florida my mum blocked the toilet (like BRUTALISED it). I was super embarrassed and had to call for maintenance and then a man called Ernesto came to fix and kept calling us beautiful and insisted on getting photos with his arms around the 'beautiful New Zealand women' and then like, fixed the toilet and said he would come back to the room the next day to check on it, and when we came back at the end of the next day my nighty was missing.

I'm in Pai, Thailand. I've contracted a nasty case of gastroenteritis. I'm staying by myself at a home stay. I'm so dehydrated I can't stand and don't pee for three days but am also too delirious to realise how sick I am. I am also violently shitting and vomiting at the same time on the regular. The lovely host keeps asking if I need to go to hospital. The bathroom is a 200m run from my hut. One trip to the loo I don't make it in time and have to throw out my pants and underwear, I am now only wearing a short tshirt. As I exit the toilet my kind and caring host is standing outside to see if I am ok. I am half naked and have the most awkwardly casual feverishly delirious conversation with him while I wash my hands and half crawl back to my room. The end. It was my last pair of pants too. When I first got sick I had just eaten half a kg of peanuts cause I was all stressed and so I vomited up literal homemade peanut butter and then I couldn't eat peanuts for a year.

A couple of years ago a few mates and I decided that it would be a great idea to bring in the New Year on a small island off mainland Fiji. Of course it being the New Year we decided that we would push the boat out a little and really tuck into the drinks. Things became relatively hazy after just a few and when I awoke the next morning I came to the startling realisation that I was wearing nothing but a sarong. The night before I had left our room fully clothed with my iPhone, wallet and goPro all in my possession. Needless to say it was a tough couple of days after that, combing the beaches of Fiji looking for my belongings, but luckily after a bit of cash being swapped I was able to get my belongings back, ironically from the cleaners of my room…

Got invited to a flat which supposedly had a ‘bar’: a series of home brew spirits in wrongly labelled bottles with a single mug for a shot glass. Woke up at 5am planking on a camping stool to a text saying I’d agreed to a day trip to Oamaru to skate. I threw up in a church garden and did no skating at all. We were 10mins from Dunedin and I suddenly threw up into my hands. I was in the front seat and I tried to vomit out the window, but the wind whipped it back into the car into the backseat into my friend’s face.

Sausage on show in Fiji

A couple of years ago a few of the lads and I decided it would be a bit of an idea to head over to the Fijian islands. Thankfully, being the poor students in which we were one of our friend’s parents had offered to let us stay at their house on the island. It was an incredibly generous show of hospitality and one in which I have absolutely no doubts they regret immensely. As many of the homes in Fiji are, this house was open planned, meaning that there were no doors to restrict the vision between either the lounges or the bedrooms. Master bedroom included. The first night we thought we would test the waters, perhaps go out for a quiet beer and sample some of the Fijian nightlife as one does. Perhaps what one should learn not to do on the first night in Fiji is drink themselves into a stupor, meet a lovely lady in one of the local bars and then decide to bring them and their friend to the family home and knock boots in the lounge, in full view of your friend’s parents… Needless to say it made for an awfully awkward cooked breakfast (sausages and all) the next day…

The glass is half food in Christchurch

Crimeschurch makes us all depraved. We went there for a weekend. Some cinnamon infused uppers later, we were hustling drinks at the only bar left open. Some short-sleeve too-small black button-up wearing gym chad was getting kicked out by bouncers, so he decided to eat the glass of red wine he was drinking, laughing and staring a bouncer out all at once.

In the Ukraine I was going for a piss in a corner and I stood on a human poo.

Sharing is caring in North America

I am four years old, on a rare and wonderful road trip through northern North America with my family. My older brother, sister and I are in the back. As the youngest I am the the lucky subject of a game called psychological trickery. My brother convinces me that what all the cool kids are doing is drinking Coca Cola through a straw up their noses. I am a cool kid. I do this. Bubbles, nostrils, Coca Cola, the entire back seat of the car, vomit on the side of the road in Nowhere, North Dakota. As we pull away, through my snot and tears, I see a lone prairie dog wander over to timidly nibble upon my leavings. It feasts happily. Other than being disappointed by the size of Mount Rushmore this is my only memory of the trip.

In Rome some friends and I went out for an awful pizza dinner. We continued to get drunk in the Vatican and decided to put the leftover pizza slices in one of our friends’ bags. After being told by the police that we needed to promptly leave the Vatican we went to catch the underground train back to our separate backpackers. My friend and I were on one side of the tracks and our other friend was across from us. We remembered that our friend had our leftover pizza so we yelled to them to return it. They ended up throwing the pizza across the tracks, it hit the roof and splatted onto the platform. Everyone there laughed and we had hungover, disappointing train pizza for breakfast.

An eyeful at the Opera House

I was at the Opera House and I walked past and I saw someone taking a photo of a woman. I looked and she started lifting up her skirt and then taking off her top. She did some sexy, undie showing covert photos and then they quickly packed up and left. I think I was in the frame of some of the photos.

After a night of partying, I went out on a snorkeling trip while nursing a nasty hangover. The first stop was at a secluded bay and I made it there without turning too green. I splashed around with the rest of the tourists and I hoped that the ocean would wash away all of the previous night’s sins. How wrong I was.

As it turned out, the first part of the journey was across very sheltered waters, but the ride to the second location was a bit more exposed to mother nature. The increased rocking of the boat managed to wake the slumbering beast in my guts.

The guide announced we were ten minutes away from the next location (where “the beach” was filmed) and I seriously doubted I would make it. I moved up to the roof in hopes that wind in my face would alleviate some symptoms. With every passing minute and bump on the ocean my mouth filled with saliva and my stomach churned. I started breathing like an expectant mother in mid labour.

As the boat pulled up I lost control of my stomach contents, so mid puke I did a flying leap off the boat roof into the water. A halo of puke surrounding me on the way down and hailing down on the water below. I hit the water and the deconstructed green curry and rum and coke blossomed out around me. This set off a feeding frenzy among the marine life that immediately surrounded me. For a split second I felt like I was being attacked as they picked bits of rice and chicken out of my hair and beard. I swam underwater to get away from my personal groomers and came back up right beside the boat to the cackles of tourists and their children laughing hysterically at my misfortune.