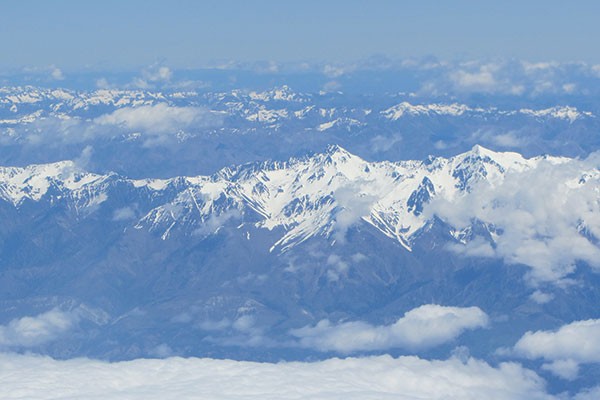 The New Flag: What Are Our Options?

Let’s pretend that we do all want a new flag change for a second while we weigh up the options we’ve been given. Unfortunately, there are no Kiwis with lasers in the options presented to us. As confused as I am about what would better represent New Zealanders than Kiwis with lasers, we have to take what we’re given. The first flag design is the All Blacks logo mixed with a bit of yin and yang. I’m kind of confused about how the Post Haste logo made it to the top four, but we’ll roll with it.

Alofi Kanter, the designer of the flag, says he used the fern because it “has been a distinctive symbol of New Zealand for the past 100 years”. Kanter said the design is “strong and simple” and “represents our uniqueness as Aotearoa New Zealand … With the softly curved spine of the frond binding us all together as a young, independent and proud nation.” This flag, as well as design number three, was designed by Kyle Lockwood. Lockwood is based in Australia, seeing as they love to steal all our shit.

Here we have another silver fern, which the designer says has been “worn proudly by many generations”. Lockwood says the fern “represents the growth of our nation”.

The red half of the flag is said to represent “our heritage and sacrifices made” and the blue represents the Pacific Ocean which our ancestors “crossed to get here”.

The Southern Cross represents “our geographic location in the antipodes. It has been used as a navigational aid for centuries and it helped guide early settlers to our islands”. Here we have flag #2 with a touch of black. For obvious reasons, Lockwood didn’t actually give a new description for this flag. Probably because it is exactly the same as his first design.

I don’t actually know what else I am supposed to say here. Refer to description #2. It’s the yin and yang monkey tail. If Curious George isn’t on our flagpole, then I give up.

Designer Andrew Fyfe writes, “as our flag unfurls, so too does its koru”. Fyfe says the koru represents the fern frond.

Aside from a monkey’s tail, Fyfe said the flag is also reminiscent of “a wave, a cloud, and a ram’s horn”.

“In Māori kowhaiwhai patterns,” Fyfe describes, “the koru represent new life, growth, strength and peace, and for this reason has taken a special place in Aotearoa’s visual language.”

There were also a few designs which sadly didn’t make it: A good design and it had all the colours everyone liked. It was practical - anyone could draw it.

And it was not a fern! Mountains are a symbol for New Zealand. They are steeped in Maori legend and culture, a cornerstone in the clean and green NZ image. First of all, it had the colour green. Green can represent our environmental stance, pounamu, and is a neutral colour not linked to sports or England. It would be a fresh colour for a fresh new image of NZ. And it is a colour the Australians do not have on their flag, taking us one step further away from any trans-oceanic confusion.

It was designed by Otis Frizzell from Auckland. He described his flag design as “The design represents the night sky and the Southern Cross that bought us all here. The white manawa line represents the long white cloud and the whitecaps on the water. The green is the land and sea.”

And there you have it, all the information you as a voter need to make your crucial flag choice. If only there was as much information about the TPPA, asset sales, housing, the poverty gap, the Saudi sheep deal, troops to Iraq, seabed drilling …

The referendum will be held between 20 November and 11 December to decide which of the four designs will run against the current flag in a second referendum in March 2016. The second referendum is when New Zealanders can decide if they wanted this kerfuffle at all.