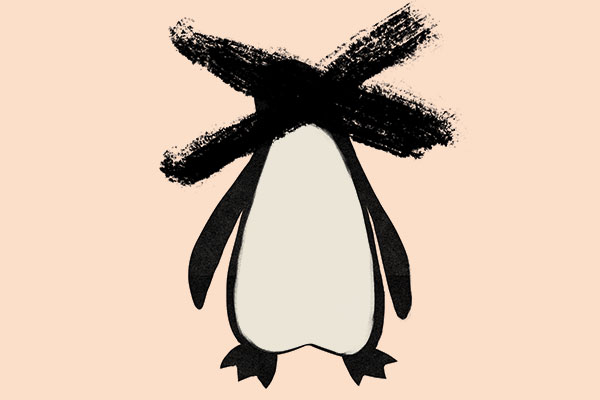 The Copyright of Mein Kampf

Perhaps the most infamous book of all time, Hitler’s autobiographical Mein Kampf has always been controversial, but has now probably reached its peak. 70 years after the death of its author, in accordance with German law, the copyright will be running out at the end of this year.

Mein Kampf’s copyright lies with the government of Bavaria, which has withheld publishing rights within Germany and has tried to get international publishing houses to stop publishing the book. However, with the copyright reaching its end, it will now have no say in who is able to publish Mein Kampf. For the first time since the end of World War Two, the book will be made available again in Germany. This has made it a topic for recent debate; should it be allowed to be published once again in Germany, or should it be made illegal by law? Authorities are obviously worried about any negative effects new editions could have on those who have never before laid eyes on the book. There are concerns too that reprinting Mein Kampf could inflame rising anti-Semitic feelings in Europe. Many also argue that repression of Mein Kampf infringes rights to freedom of speech.

Mein Kampf (My Struggle) was dictated and later published by Hitler while he was incarcerated for political crimes in 1923. This was after his failed attempt at a Nazi coup, a Putsch, in Munich. At this point in his life, Hitler was spending most of his time finding others who, like himself, were angry at the new Weimar Republic, the government set up by the Allies after the Treaty of Versailles in Paris, 1919. The Allies had placed strict rules and regulations on all aspects of German life, getting rid of the Kaiser and setting up a democratic government, taking away large chunks of Germany’s empire and restricting its navy, air-force and army to virtually nothing.

Inflation had wrecked the economy so badly that people would have needed a wheelbarrow full of money to buy a loaf of bread, and the amount needed would have doubled by the end of the day. A lot of people shared Hitler’s views that they had been unfairly punished. Hitler himself took action and laid his plans out in Mein Kampf.

The first half of the book is autobiographical, focusing on his early life through to his time in art school in Vienna and his time served in the German army in World War One. The second part, however, details his ideals and plans for making Germany great again. This mostly involved plans for expansion, to find “lebensraum” or living space for the “master” Aryan race, and finding someone to blame for the failure of the German people. The blame was given, as you will know, to the Jewish. Hitler states “the personification of the devil as the symbol of all evil assumes the living shape of the Jew.” He believed that Jews had weakened Germany, that the only way to make her strong again was to destroy the weak to make room for the pure and worthy, and that their destruction was far more humane than their protection.

A lot of the ideas published in Mein Kampf certainly came into being. Germany expanded aggressively in the mid-1930s, creating more lebensraum for her people and eventually leading to World War Two as Germany broke the agreements of the Treaty of Versailles. Anti-Semitism became very strong as the Jewish were scapegoated, leading to the Holocaust. Six million Jewish people from countries across Europe were shipped off to concentration camps to work themselves to death, or to be killed in gas chambers.

After Hitler committed suicide in 1945 — effectively ending the war for Germany — his estate and all his possessions were transferred to the government of the state of Bavaria. This included the rights and copyright to Mein Kampf. An effective ban was placed on future publication of the book in Germany. This was done simply by withholding the copyright. Bavaria does not have global copyright, so the book can be printed overseas. There is no legal ban; it simply has not been published.

Copies still exist from pre-1945, as the Third Reich government gave a copy to every married Aryan couple and every soldier fighting for Germany. These are not heavily regulated in most cases; it is legal to own, buy or trade pre-1945 copies, as long as it is not done in such a way as to promote hatred and war, which is generally illegal. Mein Kampf has not banned elsewhere (except in Russia, where it was banned in 2010), though it is generally difficult to come by, as most mainstream book chains do not stock it.

The Bavarian government has been forced to reach out to online book stores, including Amazon and Barnes & Nobles, to get them to stop shipping copies of Mein Kampf to Germany, which they have obliged with. They cannot control what individuals in other countries do with the book, and there are some countries in which it thrives. In India it has been, Sohin Lakhani, owner of Mumbi-based Embassy books, explained to The Telegraph that he reprints Mein Kampf every quarter and dismisses any moral issues with the publishing of it. “Students are increasingly coming in asking for it and we’re happy to sell it to them,” he told The Telegraph. “They see it as a kind of success story where one man can have a vision, work out a plan on how to implement it and then successfully complete it”.

It is also currently reaching high levels of popularity in Turkey, where anti-USA and anti-Semitic feelings are particularly strong, mostly due to the situation in the Middle East. So, if it is already used in different ways — for self-help, for historical research, for nationalist political purposes — why would it matter if it is republished in Germany?

Many are worried about the effects republication would have on the large European Jewish community. The Institute for Contemporary History in Munich has been planning to bring out a new edition that it has been working on for the last few years, which will be over double the original page count with historical comments and annotations. The Bavarian government had originally backed this project with €500,000 in funding. But it later withdrew its support after backlash from relatives of Holocaust survivors who did not want such a reminder in print again. However, opinion is divided within the Jewish community in Germany. The Central Jewish Council in Germany originally opposed the idea, but has come round in support of a new academic edition. Stefan Kramer, the General Secretary of the council, said that “it is very important that young people should see the critical version when they click Mein Kampf on the web.”

There are opposing views: Head of the Jewish community in Munich, Charlotte Knobloch, said her view hardened after hearing from outraged Holocaust survivors. “This book is most evil; it is the worst anti-Semitic pamphlet and a guidebook for the Holocaust,” she said. “It is a Pandora’s box that, once opened again, cannot be closed.”

Freedom of speech when it comes to books is tricky. Books have been banned for numerous reasons in many situations, and many organisations fight against book banning. Author Neil Gaiman supports the Comic Book Legal Defence Fund, which gives legal aid to those whose comic books have been banned. He recently wrote an essay entitled “In defence of Icky Speech” in which he explains why we sometimes need to defend things we disagree with, to be able to justifiably defend the things we like.

Freedom of speech means freedom of all speech, whether you like what they have to say or not, and repressing this on any level means that when it comes to repressing something much more liberal, you have no grounds to stand on. Of course defending comic books deemed offensive and a book considered to be one of the world’s most dangerous are in different categories, but the principle is similar. Freedom of speech doesn’t make room for picking and choosing what to defend.

Mein Kampf held sway over a significant period of history, and changed the world drastically, and this book gives people a glimpse into the mind of the dictator who started it all. Holding copyright as a method of censorship is almost saying that people cannot be trusted with this book, as it is too dangerous. Many books can be dangerous in the wrong hands, and we still have free access to the manifestos and works of other conspicuous world leaders and dictators. If Mein Kampf is published with annotations, the original text will still be there, unaltered. Any historical annotations, comments and context would be interesting and useful, particularly as Mein Kampf is the only piece of Hitler’s work that has not been published with annotations previously, as all his speeches have been. Ultimately the decision will rest in the hands of the Bavarian government.

Mein Kampf outlined Hitler’s plans for removing the Jewish population, along with a lot of a lot of other incoherent nonsense. Yes, the republication is a horrible reminder of the Holocaust, which killed millions in the most vile and inhumane ways, but maybe a reminder isn’t such a bad thing. It is easy to see why there is such debate and confusion over the end of its copyright though.

Yet if published in the right way, this book does not have to be a danger. In any format, it should be seen as a tool for education, for showing how one man with all the wrong ideas was able to captivate a nation so completely, to ensure that this horror does not again occur in human history. We all have a right to consume information as we please. German people should have the right to be trusted with their own history, in its complete form. If they do this, are they not themselves creating a horrific irony? One of Hitler’s ideas was the fact that knowledge was too dangerous for the common people, and therefore all unapproved books had to be banned and burned.
This article first appeared in Issue 7, 2015.
Posted 2:51pm Sunday 12th April 2015 by Gini Jory.