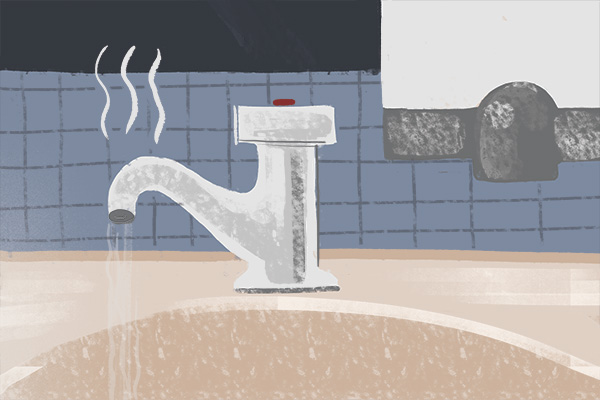 The title of this article belies its serious nature: a daring exposé on the state of the bathrooms around campus conjured up in a fit of mad rage after being exposed one too many times to tap water hotter than Satan’s ball sack in the Central Library toilets.

While I’ve frequented a lot of these locations over my three-and-a-bit years at Otago, there’s still a whole slew that had gone uninvestigated, so — with a three-litre bottle of water in hand — I journeyed across the campus, marking my territory on behalf of the greater student population so that you can make an informed decision next time the occasion to “do your business” presents itself.

Bathrooms were rated on a scale of 1–10 based on what random number I thought of at the time of writing; much like calling “shotgun” when not in sight of the car, these scores don’t mean shit.

Oh, you bastards. This is where it all began, the place I’ve been cursing ever since my third week as a university student. These toilets have been a thorn in my side for every single one of my study sessions in Central, which is also my excuse for giving up on them completely in second year. The Central bathrooms are not great. Sure, the lighting is flattering, but you’ve got to give me some other incentive to come here — aside from convenience. Admittedly, the pink lights put in two years ago were a step in the right direction, but, still, this is not enough to counteract the fact that my hands are set on fire every time the tap turns on. Why is this? Do you take pleasure in giving me scaly red hands akin to a certain breed of dragons, faucet gods? Does my suffering please you?

Assuming you’ve ignored the grim Soviet Russian exterior and voluntarily entered our ironically designed Arts and Humanities Building, I would guess that you are either here for a compulsory class or absolutely desperate for the loo. Unless your bladder is actually on the point of bursting, I would highly recommend dashing to the Castle lecture theatre toilets — stat. If, however, you are the kind of arts major who writes deeply depressing poetry under the stars each night or are a misunderstood soul who takes comfort from wandering through the most desolate of wastelands, then this is the place for you. With the type of interior that can only be described as an exciting fusion of prison-esque minimalism and vomit-coloured design, this facility will inspire even the most bubbly of souls to write tortured odes to the Burns Building Bathrooms, where dreams come to die.

There’s quite a good sexual health sticker on the back of one of the cubicles though. 2/10

Because the Castle lecture theatres are often the location of exams, these bathrooms have hosted many a breakdown over the years. The cubicles are large enough to rock yourself back and forth while asking yourself “why didn’t I study for this?” and “what the hell am I doing with my life?”, yet are bare and uncomforting, forcing you to pull yourself together because you can’t stay here forever. There is also a weird room about 1m2 in size that separates the bathrooms from the corridor, meaning that you have to open two doors to get into the bathroom. This design feature is in place to help whoever is having a life crisis from having anyone hear their cries of despair from the corridor outside, making it easier to save face when your splotchy, tear-stained mug finally surfaces.

While these toilets are grim and minimalist, they do their job well. If they were any more accommodating, I know I never would’ve made it back into my CHEM 191 exam all those years ago. 7/10

The Link Opposite ID Office

This freak of university experience is inexplicably, yet constantly, the meeting place for two girls who haven’t seen each other in “foreveeeeeerrr” to have a d&m (deep and meaningful). I feel like the question “why?” at this stage is too simple, and instead the question of “how?” must be begged. This particular bathroom is home to ten cubicles, which is nine cubicles too many to be thought of as a reasonable meeting place for emotional heart to hearts. Keep it to the Burns bathrooms. This facility also boasts two wall-to-wall mirrors that force you to maintain eye contact with yourself throughout exiting the cubicle, washing your hands, drying your hands and navigating around the two girls having a breakdown in front of the hand dryers. Do not approach this bathroom at any stage during any exam period, when there can be up to four groups of friends soothing each other in front of the soap dispensers at any one time.

Poor location and a nightmare for the socially awkward, but is great for checking self out and abundance of hand dryers. 4/10

Have I died and gone to heaven? These bathrooms are everything I’ve ever wanted and more. Reasonably located, a large mirror with semi-flattering light, modern clean design and usually empty. There are no words for I how I feel about these bathrooms. Everything is perfect. Until you wash your hands. As the taps are apparently on the same water-heating system as the Central Library, my hands are instantly scalded, and I realise that this bathroom is a false paradise. I can picture those responsible for the water temperature cackling away from the pits of Hell: “We got another one, Larry!” “What, someone else fell for it? This is gonna get us major bonus points from the boss.” The best tricks are the simple ones

In saying that, the bathrooms are still the best on central campus, just make sure you bring a bucket of ice with you for afterwards. 8.5/10

Always a weird smell. What’s up with that? Also crowded and prone to rapid influxes of Asian tourists due to the close proximity of the tour-bus stop (usually only when you’re running late for class though). 3/10

Boasts three cubicles, one of which is a disabled toilet. There is often a queue, and panic ensues when you’re forced to take the disabled one, envisioning a person on crutches/in a wheelchair patiently waiting outside. The orange walls shouldn’t work but they do, contrasting well against the political statements constantly being written, erased and rewritten on the cubicle walls. The harsh lighting does not do anyone any favours though, and it’s often at a brief pit stop in between classes that you’ll notice a monstrosity of a zit taking centre stage on your forehead. Disgust, despair and resignation follow, making you wish you’d never grown out your bangs and left your forehead open to public scrutiny.

6/10 (Would be higher, but I’m still feeling delicate about my forehead pimple.)

Like the rest of the Science Library, it is what it is. You know what you’re getting into — nothing fancy, just functional (although ridiculously hot in warm weather), and the only conversations you’ll generally hear are people bitching about the amount of readings they have to do. So much better than being forced to overhear a conversation about the dreamy guy on 5th floor a Unicol fresher hooked up with last Thursday at Boogie Nites (which is a regular and unwelcome topic at the Link bathroom heart-to-heart sessions).

7/10 You keep doing you, Science Library.

Well, since you did screw us out of a classic Scarfie experience, thanks, Otago, for at least making the carcass of the legendary student bar Gardie’s a decent place to piss. The toilets here are truly excellent, and I would highly recommend them to anyone living on Castle Street, as they are guaranteed to have 100 per cent less mould than yours, a constant supply of toilet paper and much less vomit on the walls.

9/10 (Would be a 10, but am still pissed about never making it to Gardie’s or the Bowler. Also, what’s up with the study centre having more room for chilling out than desks for studying? These are the questions.)

Just like the auditorium, nobody wants to be here, and the bathroom reflects this. If you’re coming here after a 9am business lecture, what are you doing? No one goes to those. But I digress. If you’re coming here after a 9am, chances are anything will be an improvement to the lecture slides you’ve been copying down verbatim, so the effort put into the bathroom design is equal to zero. On the flipside, the College auditorium is also the venue for many cultural performances and shows. Now, here’s where the bathroom design gets clever. Anyone using these bathrooms during the interval of a performance will go from the destitute minimalism of the TCol bathrooms to the comparatively marvellous stage design of an Otago production. Audience members are amazed at the treat being bestowed upon their eyes, and the Theatre Club treasurer is content in the knowledge that you can churn out a decent set on a budget of $25 and some fairy lights.

A thoroughly miserable place to visit during lecturing hours, but an oasis of serenity and calm come 6pm. During the day, this is a place to get your fill of impatient queues and shit chat (if you’re into that sort of thing), and to pass the time you can count the number of striped shirts and top buns entering and exiting the bathrooms. At night time, the Commerce Building empties out, and the toilets become a top spot to roll out your yoga mat and do some exercises in between study sessions.

A bathroom with two cubicles that somehow always leave you vaguely disoriented upon exiting. Commonly the cause for freshers wandering into the wrong Archway lecture theatre 20 minutes in, after an unfortunate toilet break that resulted in total loss of direction and rising levels of panic.

Dark and confusing, but as a result can give people some in-class amusement from time to time at other’s expense. 4/10

As if taking an exam in Smithell’s isn’t stressful enough (which is the main reason for ending up in that sporty hellhole), in their infinite wisdom, the architects of this eye-sore decided to put a floor-to-ceiling frosted window in right next to the bloody toilet. I don’t care how frosted the window glass is, this is never an okay idea, especially when said window faces out on to a busy Cumberland Street.

What the ever-living fuck were you thinking? 3/10

At this point in the article, an honourable mention goes out to all the unreviewed and unloved campus bathrooms that don’t make it into the article. You’ll find these silent heroes in all sorts of strange places, tucked away in the corners of the Gregory Building or hiding down the stairs of the Union Street lecture theatres. Always there for the desperate Botany major or Microbiology student who has just powered through a large soy caramel latte from The Good Earth.


Author’s note: Each bathroom does have a sign inviting me to call maintenance if I find the bathrooms not up to standard, but I don’t think those are invitations to call up and bitch about the colour scheme. It’s just a shame the university is wasting all its money on research and education, rather than providing upstanding bathroom facilities. Bloody intellectuals. Also, only female bathrooms were reviewed in this article, in the interests of not sexually harassing male peers.
This article first appeared in Issue 4, 2015.
Posted 2:32pm Sunday 15th March 2015 by June Collier.