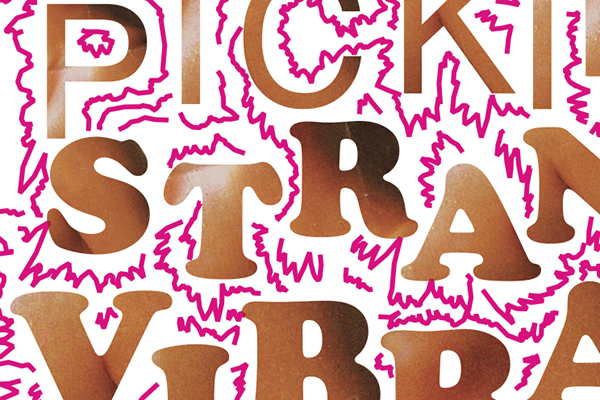 It was in my first year at Otago when I first discovered the hilarity of looking at strange sex toys. I was innocently perusing the pages of Tumblr, with my flatmate at my side, when I came across a page called “Weird Ass Sex Toys.” I sheepishly turned to my flatmate and questioned whether I should click the possibly traumatic link. Upon gaining his approval, we dove into a world of comedy gold. We sat in the lounge continually clicking the “wander back” button at the bottom of the page, unfolding more and more horrors (or treasures). Since that fateful day, I have often found myself turning to articles about sex toys for a good laugh.

After hours of scouring through seedy websites and terrifying blogs, I bring to you a list of the strangest sex toys I could find. And I promise you: all of these exist. I made absolutely sure of it. “Teletubbie sex doll” is now forever in my Google search history (I probably should have used private browsing). I had to be 100 per cent positive it truly existed in the world (it doesn’t, thankfully). For your pleasure – or disgust – here are my findings.

What I find even more disconcerting is that the only description provided for the product is as follows: “A super ‘Power Pimp’ motor promotes ultra powerful vibrating pleasure for ultimate pleasure.” That’s all there is. Is a “Power Pimp” motor really something I want to put near my genitals?

Here’s a fun quote from the product description: “Usually, he’s your friendly, faithful, servant, ready to do your bidding, but sometimes he is just plain grumpy.”

One of the funniest things about this product is the description of it. The website Sexfurniture explains that when the Sexercise Ball is “being stored it’ll look for all its life like a plain and simple pilates ball … except you’ll know it’s not!” It’s like the ball is your dirty little secret (despite the fact that positional diagrams are clearly depicted on it). Hell, your friend could pick it up and play with it being none the wiser that it’s your special alone time ball.

The site promises it will “have you bumping and grinding your way to ecstasy time and time again!” So it has that going for it, I guess.

Another fun quote from the product description: “Oh Bella! We love your gaping holes that you hold open for us!”

My First Pregnant Latina Pussy
This chicken shaped pregnant torso is actually one of the most weirdly specific toys I have come across. Not only is it your first pussy, not just a Latina pussy, but a pregnant Latina pussy. Why is it specifically Latina? There is a “My First Pregnant Pussy,” but the race isn’t specified. So I guess white is the default and Latina is the exception? Racial profiling – even within sex toys. That’s depressing. I find this one pretty creepy; it already looks like a chicken, but when I actually think about it, it’s a disembodied vagina, pregnant belly and breasts. Who wants limbs? They get in the way of your sexy fun. Faces? Gross. This product gives you the essentials – and (apparently) that’s all you really need.

Want a depressing quote from the website? Amazon tells me that this product is “better than real skin.” Yeah, I think they know their target audience. Scary, lonely people.

By the way, the vagina over the nose is only there as decoration. I am explaining in case you were trying to figure out the logistics of how it was used. From what I can gather, you now have a wonderful view of a totally real looking vagina while you screw the anus/mouth. Classy.

Barack Blow Up Doll
Because there isn’t anything sexier than a plastic blow up doll of the American president. I am 90 per cent sure that this is mainly for comical use only, especially with quotes like “He’ll Batter Your Bush” and “Visit his Oval Orifice” plastered all over the packaging. Even the reviewers were getting in on the comedy action. “Tuna Enthusiast” left a review titled “better than the last doll,” which complained about how they had to deal with a terrible doll for eight years before they finally got around to getting their own personal Obama doll. The main criticism was that it wasn’t “symmetrical … it stimulates the right, but leaves the left side wanting more.”

Dylan the Dolphin
Zeta Paws is a sex toy website that produces animal themed toys. There’s a dolphin penis. I cannot top the description already provided: “As you emerge into the light of the warm day, you look to the west and see standing there on the sun drenched beach, a large Anthro Dolphin, he sees you looking at him and slowly turns toward you, placing his towel on the back of his beach chair, you notice a slit between his legs. As he looks you over, you can clearly see the slit darken and then a tapered tip emerges and slowly lengthens, pulsing and jumping with
his heartbeat.

“Suddenly, it begins to spread open and from inside of it, another tip appears and slips slowly from the first, veins and ridges appear and begin to swell as he walks toward you, the tip moving slowly as you can see how prehensile the Dolphin is, the ring where the tips join on the shaft now swelling to resemble a knot.”

Urethral Faucet Plug
Most people I showed this image to stared blankly, trying to figure out what it does or where it would go. My favourite part was watching them cringe as they suddenly realised the terrible truth. This toy is a urethral plug. You put the pointy end in the penis, basically. It gives a whole new meaning to the idea of golden showers.

The Amazon reviews for the Urethral Faucet Plug were amazing. Titles included: “Well Ouch,” “It is huge,” and “WOW BIG!” But by far my favourite title was a one-star review by a disgruntled customer titled, “Too Big.” His complaints are as follows: “This thing is huge, far too big to fit inside my member, ended up bleeding and in pain the last two days. Fun idea, but just not realistic for my dick. If you have a huge hole at the end of your schlong, post a video somewhere - I want to see this thing work.” I think “schlong” is officially my new favourite euphemism for penis.

Viktor the Czech
In my searches I have found that Etsy has a surprisingly large adult toy market going. There are plenty of crafty cute glass dildos and various other fairly generic toys. Then there are the Dildollz, which are all hand crafted by Etsy user laTeefahDoLLs1898. I don’t know what it is about these dolls that creep me out. Is it the face? The puckered lips? The fact that the shop has hundreds of reviews stating how wonderful their products are? I don’t know. Viktor here is made from clay, but is safe for bath time fun. Part of what makes it so unsettling is the way the shop owner types. Random letters are capitalised, and it’s almost childlike in its playfulness. “Dirty minds aRe inclined to find Viktor Dique to be raTher thick ... but he is the usual 11”, head to tip.” Each product even has its own little poem or rhyme thing, which I assume was written by the creator as well:

I am unsettled and uncomfortable.

Sinthetics
Sinthetics is a website through which you can buy various adult toys – mainly disturbingly realistic life-sized sex-dolls. I couldn’t pick one doll, so the whole site is going to count as one toy. Whether it’s the strange anime-esque doll called Willow or something you have designed and customised yourself entirely, they are all strange and terrifying, albeit impressive at the same time. This is due to how realistic they are – until you look into their dead doll eyes. But when you’re looking at their hands and feet they almost look like photos of real people. The cost of these things start at a low $5,500 USD for the basic doll, with customisations starting at $25,000 for the body and $4,000 for the head. There’s a detailed pricing list which outlines all the different add-ons and extras you can get for your personalised, though insanely expensive, love doll. Freckles start at $50 and nipples start at $75.

Reading through the customer testimonials is entertaining to say the least. Jeff in California sums up the whole thing pretty succinctly. He described his long search for the right doll and it wasn’t until he found Sinthetics that he discovered something special, something that met his needs. He saw that “these masterful creations looked like women … absolutely gorgeous women.” Beyond the testimonials there’s even a section for satisfied customers to post pictures of their dolls doing things. This section is massive. Literally hundreds of people have bought these dolls.

Jeff in California found “the one” thanks to Sinthetics. Can they help you?

Vajankle
Well, if you have a foot fetish they can definitely help you. Sinthetics specialise in manufacturing sexy feet. Feet that look so real, that they’re even more detailed than real feet. More commonly the site produces realistic looking feet with no inserts on them. However, this obviously wasn’t enough for some customers. The Vajankle was born by special request. This is literally just a foot with a vagina in the stump. I don’t think I have anything else to say.

Prospective customer Dan enquires: “Is it possible to have the vaginal insert on the sole of the foot? Also, can it be ordered in different skin tones? How would I go about ordering that?”