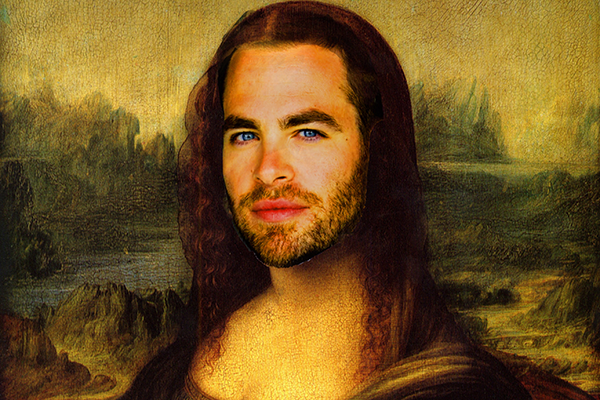 The vexed question of intersex & identity

My burgeoning interest in the nature of gender identity began in Patong – a detestable tourist haven in Phuket, Thailand. In the company of good friends and the comfort of a pleasant alcoholic haze I decided to see what Patong nightlife had to offer.

It wasn’t long until we stumbled into a brightly-lit alleyway packed with a multitude of bars and exotic dancers. Having heard numerous stories from travellers about their “close calls” with ladyboys, or kathoey, we began to guess at the gender of individual dancers. Our guessing was cut short by a Thai girl working at the bar, who informed us that she was the only female in the vicinity. My mind began to race as I assured myself of my heterosexuality while simultaneously feeling aroused by the plethora of attractive “men” surrounding me. I hastily exited the alley and opted for a walk on the beach to clear my head.

It was on the sand that I had an insight – constructing dichotomous categories for gender, such as feminine versus masculine, results in an inadequate representation of reality. Perhaps a more valid way to view gender is to place everyone on a spectrum with the extremes of these categories on either end. I for one see many feminine characteristics in myself – perhaps I am an oddity, but I think it’s more likely that I am simply honest in my own introspections.

Earlier this year I become friends with a feminist who, through a series of arguments, has helped me become more aware of the gender inequalities entrenched in society. However, we continue to disagree on the relative importance of genetic and environmental differences between the sexes, which brings me to the somewhat taboo topic of this article: intersex, more generally known as hermaphroditism. Intersex individuals who are born in Western countries soon find themselves in a society in which they do not fit in. Largely due to this fact, they commonly experience an array of psychosocial difficulties.

The term hermaphrodite, recently replaced by intersex in medical professions, describes a person who does not fit into the biological categories of male or female. True hermaphroditism, an individual born with both ovarian and testicular tissue, is very rare. More common is pseudo-hermaphroditism, in which a person is born with either ovarian or testicular tissue, and with some of the opposite sexual anatomy that nonetheless has no reproductive function. It is thought to be the result of hormones caused by atypical sex chromosomes. In some cases, external sex organs appear as an ambiguous combination of a penis and a vagina, while in other cases the sex organ appears normal but is inconsistent with the gonadal tissue (ovary or testes). These cases can go undetected until adulthood – but they’re very rare, so don’t freak out!

More commonly, intersex is discovered by medical professionals during a child’s birth or early years. The child’s parents are then confronted with several options, although they are restricted somewhat by the child’s specific genital configuration. As an individual with your own beliefs, you might feel a strong inclination to endorse a particular option, but pause for a moment and consider the parents’ subjective viewpoints – none of these choices are easy to make.

During the 1950-1980s medical professionals generally recommended two options, based on evidence from case studies at the time. Either the child kept their externally indicated gender, or they received reassignment surgery and hormonal treatment. Socialising the child (i.e., supporting the development of femininity or masculinity) consistently with the chosen sex was considered crucial for the “success” of both options. Reassignment surgery was preferred if it meant the person might be able to have children.

An advantage of both these options is avoiding ambiguity for parents, who otherwise report experiencing feelings such as shame and disappointment. Although this might sound selfish, it is important to consider the emotional state of parents as it impacts upon their upbringing of the child. However, these options have also resulted in physical and psychosocial health problems such as fertility impairement, decreased sexual response, feelings of betrayal and gender identity problems.

John Money and his colleagues were largely responsible for the theory and evidence behind these options. Money was born in New Zealand and was briefly a junior member of the Psychology department at the University of Otago. He then became a professor of pediatrics and medical psychology at Johns Hopkins University in the United States, where he conducted this research. He believed gender identity was learned during childhood and had no innate basis. Money thought that raising an intersex child unambiguously as a member of an assigned sex would be more crucial for the development of the child’s gender identity than his or her chromosomal sex. His only caveat was that gender assignment had to be established before 18-34 months of age, as children begin to identify with their gender during this period.

Three decades later, Money’s views on gender identity were placed in the spotlight with the publication of a case history of his famous “success story” – known in the literature as the John/Joan case. This was written by sexologist Milton Diamond and was supported by David Reimer, who revealed that he was John/Joan. Reimer’s penis was accidently destroyed during an unconventional method of circumcision when he was seven to eight months old. He was assigned the female gender, receiving hormonal treatment and a surgically constructed vagina, and was socialised as a female, an identity he later rejected. Reimer recalled unpleasant childhood therapy sessions, and implied that Money had ignored or concealed evidence that his reassignment was failing. Reimer committed suicide in 2004 at the age of 38.

These developments destroyed Money’s reputation, and he initially responded by arguing that Reimer’s claims were influenced by an “antifeminist movement” that believed “masculinity and femininity are built into the genes.” Intersex activists criticised Money, pointing out that his actions led to the unjustified surgical reassignment of thousands of infants. These events were said to have affected Money deeply, and his views shifted accordingly. Personally I think he was genuinely trying to help people, and lost sight of this intention in an attempt to defend his views. Perhaps Reimer’s parents had ambiguously socialised him to his assigned gender, likely without realising; or maybe Reimer’s gender identity issues did not relate to his innate biology. Perhaps one should first read his biography, which I have not.

What scares me most about all of this is that Money is still cited by some medical professionals, and his research still informs the advice provided to parents of intersex children. So I guess you’re wondering what alternative options are available to parents. Another suggestion is for parents to raise their child consistently with their external gender (but to allow free choice in terms of games, toys, friendships and future aspirations) and, in adolescence, to allow them to decide whether or not to reassign their gender. This option arose from Diamond’s research with his colleague, Keith Sigmundson, and seems the safest of the available alternatives. Emphasis is put on educating the child and his or her family. This option also allows the intersex individual to trial decisions before making any adjustments, and in most cases there is no increased risk of needing operations later in life.

Finally, another option is to raise a child as an intersex individual and allowthem to choose whether to indentify as male, female or continue as intersex. In Thailand this option appears to be available, and many Thais perceive ladyboys as a third gender or something similar. Shortly after my experience in Patong, I asked a Thai taxi driver why there are so many ladyboys in Thailand and his reply struck a chord – “aw something about freedom.” This flexibility in gender identify is not a freedom that we truly have in New Zealand. Because of the social status quo, the option to raise a child as intersex could result in a number of difficulties, from something as mundane as deciding which toilet to use, to experiencing bullying and general stigma throughout one’s life. Diamond found during the course of his studies that a period of uncertainty as to gender assignment was traumatic for the child and family, and remained a constant source of concern.

I am in no way an expert on intersex, which is a complex topic, but researching this phenomenon has helped me develop some of my thoughts on gender identity. If I have overlooked your point of view, particularly if you were born intersex, express it to the Critic editor as he absolutely loves listening to lengthy feedback, and he will pass on a summarised version to me. I believe future generations will look back on present society’s view on gender with the same confusion with which much of our generation looks back on racism or homophobia.
This article first appeared in Issue 16, 2013.
Posted 3:59pm Sunday 21st July 2013 by Sam O’Sullivan.