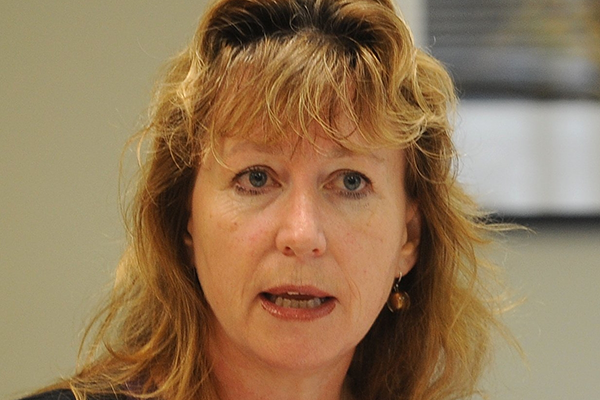 From Banter to Intimidation: Drawing the Line

When I was younger and walking home from work one night I was attacked. It was a classic “man leaps out from behind a bush and confronts woman, then grabs her, his intentions clear” situation.

New Zealand has the highest rate of rape and domestic violence in the OECD. Often these assaults are by someone the victim knows, and may even be their partner. A 2011 UN Women’s Report showed that between 2000 and 2010, 30 per cent of women experienced physical violence and 14 per cent experienced sexual violence at the hands of an intimate partner. Nobody deserves to be raped. Nobody deserves to be abused. Everyone has the right to say no.

One in three girls (and one in six boys) will have experienced some form of sexual abuse by the age of 18. I was 23 when I was assaulted. I was lucky and managed to fight off the offender. I was so angry that I started to chase after him as he ran off, then realised how foolish that was and ran to the police station instead where the adrenaline rush turned to fear and shock. This incident affected me for years afterwards. It affected my confidence, and for years I was afraid to walk the streets alone at night.

I want to use my experiences to empower people to speak out if they are abused. I say “people” because it is not only women who are affected by this. Men are too. It is important that we as society make it acceptable to talk about abuse, and make sure victims know that it is okay to speak out against perpetrators.

This is something we should be very worried about. Physical and sexual abuse by intimate partners is generally about power and control. It is often about men having a very negative view of women. There is no doubt that stress and alcohol also play a role.

I have heard stories from students who have described their experiences on Saturday nights walking home alone. Many were forced into binge drinking, putting them into dangerous situations. Not only can binge drinking lead to health problems, but blacking out and “coma-ing” can result in both men and women being put in situations where they might be too drunk to consent to intercourse.

Last year I was approached by a student who told me she was walking home with friends one night after an event when they were approached by men and abused verbally with sexualised comments. She said that earlier that evening these men had gone as far to say “she would definitely be raped” if she went to town, referring to her attire. I understand that a young woman in her first year at university has a much higher chance of being sexually attacked or unreasonably pressured.

How have we got to this place? And what can we do about this? What drives these attitudes and what impact is it having on young women?

The Slutwalk Movement has begun a trend to change the way rape and its victims are portrayed by society. The Movement was started in the US in 2011 after a police officer publicly stated to a group of young women that “women should avoid dressing like sluts in order not to be victimised.” I participated in the Dunedin Slutwalk in 2011 and told my story. Though I’m no longer a young woman of 23 I remember how it felt.

There’s nothing wrong with teasing and a bit of light-hearted banter between the sexes. But there are lines drawn when the banter becomes intimidation, threats or worse. Where are our young men learning these behaviours? What on earth makes them think they will form meaningful long-term relationships with women and become good parental role models if they spend their university years treating women as sport? Organisations like Rape Crisis and your own Student Health have concerns about how binge drinking can intensify aggressive behaviours that lead to sexual pressure and even assaults.

Is there a strong voice on campus sticking up for women’s right to be treated with respect? Is there a safe place for women to ask for help or support? I know OUSA cares about these issues. They are your representative voice. Give them a strong mandate to provide that support.
This article first appeared in Issue 16, 2013.
Posted 3:59pm Sunday 21st July 2013 by Clare Curran.