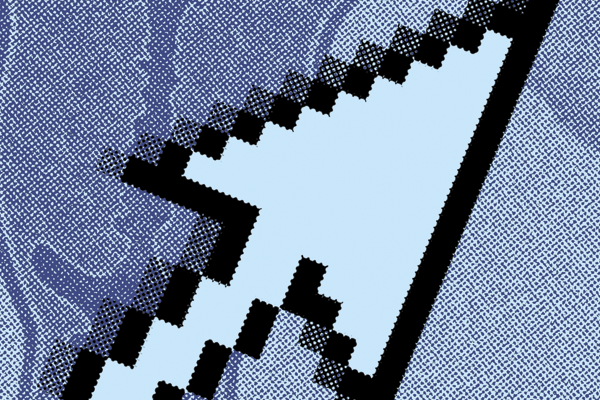 One in six New Zealand couples has fertility problems, and many have turned to egg or sperm donation in the quest to have children. For these couples, the procedure is undoubtedly life-changing. But what about the donors? Fertile Myrtle (no, that’s not her real name) is a student who donated eggs to a couple she found online. She tells us how she encountered her donees, the details of the donation itself, and her hopes for the future.

Planting the seed for egg donation …

It was 3am the night before my last exam, and I had exhausted all the latest episodes that Project Free TV had to offer. And so it was that I found myself typing “how to donate eggs New Zealand” into Google.

Surrogacy or donation has always appealed to me – witnessing a close family friend’s struggle with infertility and multiple miscarriages left a deep impression. I don’t want kids myself, but the idea of helping someone who does seems incredibly worthwhile – the idea of a child wanted so badly that the prospective parents are willing to go to incredibly expensive, all-consuming lengths for a depressingly small chance at making it happen. Such a deliberate process of conception also seemed to me to be the very opposite of accidental teen pregnancy – a couple that are beyond ready for a child, and have hoped and planned for this for years.

By 4am, I’d done enough research to know that at the ripe old age of 21, I was just old enough to legally donate eggs in New Zealand as long as I was in good health and had no history of inheritable disease. Due to strict ECART legislation, any payment for egg donation was illegal, and I could either locate egg recipients myself through an online forum or similar, or register with a fertility company, who would put me on their donor list.

By 5am, I had signed up to Aussie Egg Donors, and had written the list of qualities I was looking for in a recipient couple (intelligent, educated, atheist). Membership to the AED forum is manually monitored, so it was some 24 hours before I was accepted. My enthusiasm for the idea hadn’t waned, and I found myself eagerly perusing the profiles of desperate recipients.

I ruled out any profiles rife with spelling and grammatical errors, as well as any with unnecessary references to “donor angels,” “beautiful journeys,” and “planting flowers in our life garden.” I also wanted an older couple, as the idea of not deciding to have children until much later in life was one that resonated with me; and I wanted a couple that was paying for their treatment privately (as the public system has less flexibility around treatment dates, and would probably be harder to schedule around work and uni commitments). One profile stuck out to me, because the woman’s writing style was similar to mine, and while the raw emotion of what she was asking for showed through, she was direct and factual.

I sent an email.

The recipient replied with an email that immediately confirmed for me that I wanted this to be the couple I donated to. She was articulate and expressive, without being overly effusive:

“Initially it’s a mind-bender, realising that you can’t create a child with your own eggs. Eventually though, you come to understand that the genetic material is less important than the bond or the love or the relationship you anticipate having with the child … The difficult part is that you can’t just pop down to the shops and get yourself an egg! Asking for help, as a mature independent adult, is not easy. Not just that, but to ask this of all things – and all from a perfect stranger.”

The conversation that followed was stilted and awkward. Discussing one’s ovaries and fallopian tubes with a virtual stranger is like the faux-intimacy of online dating on steroids. But as a blue-eyed, brunette university graduate (just like the egg recipient) with a 21-year-old stash of mint condish eggs, I was their dream donor. A few weeks later, I had registered with Fertility Associates, and was off for the first round of blood tests, to check my hormone levels and ensure that I was free of every STD they can possibly test for.

A three-month stand-down followed, along with more blood tests and a trip to Christchurch for the first of two compulsory counselling sessions and a physical with a doctor at Fertility Associates.

Over New Year’s, I met the couple face-to-face. No blind date will ever be that utterly terrifying. I was hungover as hell, petrified that they would take one look at me and change their minds about wanting a child with my genetic material. The couple seemed equally nervous, but it soon became clear that we were all very much as we had come across by email.

Over a lakeside lunch, we talked about anything and everything, except the reason we were there, but it wasn’t long until we were arranging the second counselling and doctor appointments at Auckland Fertility Associates.

The doctors, nurses and egg donation coordinator were beyond helpful – constantly reassuring, actively encouraging me to ask questions, and making sure I had all the information I could possible need. In this regard, my research into egg donation began to show a clear disparity between donation in New Zealand versus other countries.

There are three distinct (and in some ways, conflicting) concerns for the fertility company during the egg donation process: the wellbeing of the donor, the wellbeing of the recipient, and the viability of any resulting pregnancies. As a country in which all egg donation is altruistic, the New Zealand system places unparalleled importance on the comfort and wellbeing of the donors. Countries such as America, where the entire process is much more commercialised (and niche donors can attract fees of up to $50,000 per cycle), had a greater incidence of reports from donors who felt uninformed, mislead or unsupported during the process. There is little research into how donors perceive the donation process later in life, but there is sufficient evidence to suggest that those who donate for purely altruistic reasons are much less likely to regret the decision.

As I had chosen an older couple (PROTIP: older couples are less likely to be undergoing government-funded IVF), the procedure was being done privately, and I was able to select the time of year most convenient for me. Fertility Associates in Auckland couriered me the hormones, and I was instructed when to start injecting myself with the drugs that would stimulate my ovaries, the drugs that would prevent the premature release of any eggs, and finally, the trigger injection, to be administered 24 hours before the procedure itself.

During the hormone process, I felt a little nauseous and fatigued, and my stomach was covered in small marks from the injections, making me look like a right druggie. Fortunately, I had the foresight to arrange my injections in the shape of constellations. I got all the way through Orion and the Big Dipper before my first scan.

The scan showed that I had responded faster than expected to the drugs, so I would need to fly to Auckland ASAP. I happened to be in Wellington for the weekend, and didn’t have the trigger injection with me, so had to send a gay male friend on an awkward mission to Fertility Associates Wellington, a mere five minutes before closing time, to beg/borrow/steal a vial of the trigger hormone. At this stage, I was acutely aware of my drugged-up ovaries (all 22 follicles), and I felt uncomfortable and eager for the whole process to be over.

Once in Auckland, I stayed with the recipient and her family. Although this sort of thing is slightly frowned upon by the egg donation coordinators and counsellors, it was lovely to spend time getting to know each other – we went for an amble along the waterfront, hung out with her stepdaughters, and met her sister over brunch.

I had no expectations of any sort of friendship with these people, but it seemed to be important to my recipient, so I did my best to seem as normal and inoffensive as possible. It was a little draining, constantly being aware of what I said, worried that some passing comment might make them think I was harbouring subpar genetic material.

Perhaps irrationally, I suspected that the couple might be taking mental notes on everything I said or did to determine how their child would turn out. The recipient asked if I wanted to get up at 4:30am to make it to the ANZAC Dawn Service. I didn’t particularly want to, as I don’t like mornings (or war, for that matter), but I went enthusiastically anyway, lest they think I was some sort of unpatriotic layabout.

The donation process itself was relatively straightforward. I was introduced to all the medical staff involved in the procedure, and they each explained the role they would play, from retrieving the follicle fluid from my ovaries to examining the fluid under a microscope in order to locate the eggs.

15 minutes after being wheeled into theatre, the procedure was over. I was high as a kite, reclining in a comfy chair, while the nurses brought me tea and toast. A few days of slight sensitivity around my ovaries followed, and then I was back to normal.

I don’t yet know whether my recipient has achieved a viable pregnancy (she’s a mere four weeks along), or if so, how much contact (if any) I’ll have with the child. I do know that through egg donation, I’ve become incredibly emotionally invested in this couple and their quest for a child, and that we’ll stay in touch no matter how the dice land. The egg donation process has at once been easier and more demanding than I could possibly have imagined.

It’s incredible that science is helping women (and men) reclaim control of their fertility in an era of changing societal norms around procreation and frantic reminders of our ticking biological clocks. I spoke to another young egg donor, who said, “It took dozens of doctors and nurses, decades of research, tens of thousands of dollars, and massive commitment from the recipient couple to make this happen – I was just one person, making a tiny contribution to a huge process. Sure, they couldn’t have done it without a donor. But they couldn’t have done it without any of the other stuff, either.”

Although donation is an incredibly small cog in the massively complex workings of the IVF process, it’s a role that I felt honoured to play. Would I donate again? Without a doubt.

If you’re thinking about donating, whether it’s eggs or sperm that you’re packing, I’d recommend getting online and doing some reading. Sign up for a New Zealand forum and read the experiences of Kiwi recipients and donors. There’s no shortage of people willing to share their stories, and there’s just as great a diversity of tales as there are recipients and donors. By registering with Fertility Associates, you can find out if you’re eligible, ask any questions and/or allay any doubts well before you have to commit to the process. If you’re young and healthy, and like the idea of making someone’s dreams come true, there’s a couple out there desperate for a child that could really use your help.
This article first appeared in Issue 12, 2013.
Posted 1:24pm Sunday 19th May 2013 by Fertile Myrtle.