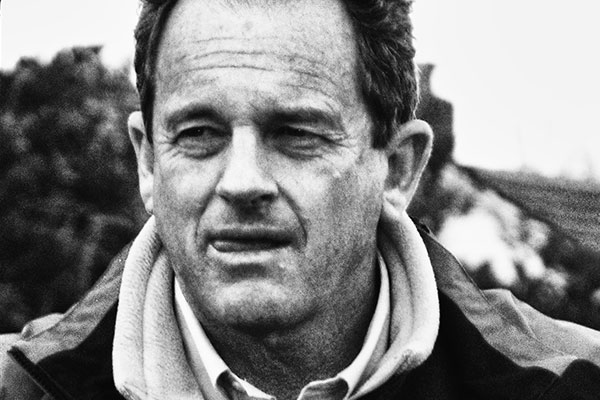 The War at Home

When Goff goofed up the 2011 election, he valiantly handed the reins to one of Labour’s many Davids, namely David Shearer, who is thought to be Labour’s answer to John Key in sheer blokiness. Yet many New Zealanders continue to ask, “David who?” Critic editor Joe Stockman caught up with Shearer for a yarn, courageously taking a leaf from Labour’s book and passing on the writing to News Reporter Zane Pocock.

Shearer was born in 1957. His professional life began with a BSc in Resource Management at the University of Auckland. Like many young New Zealanders, he travelled overseas a lot. One such adventure to Africa “had a pretty profound effect on me in terms of seeing people who were starving... I felt that’s what I wanted to do in my life,” says Shearer. Returning to New Zealand, he took up a teaching post before completing an MSc(Hons) at the University of Canterbury, studying the economics of development. It was while writing this thesis that Shearer became interested in Maori non-development and the problems Maori were having with decision-making. “If decisions were being made against them all the time in terms of allowing them to get off the mark, it meant that they weren’t getting ahead as they should be [sic].”

Trying to break into the international development scene, Shearer wrote “to literally every agency [he] could think of” until he finally got a gig with Save The Children and subsequently went to Sri Lanka as Assistant Director. He later became the head of Save The Children humanitarian effort in the war zone of northern and eastern Sri Lanka, carrying out work in health, education, and water reconstruction while operating in a rebel-held area and “crossing the front line constantly”. After a couple of years Shearer had established himself as someone who could operate in conflict zones. This ability, combined with a passion for helping people up when they’re at “their absolute worst possible conditions”, really helped “carry [him] through”.

Shearer’s CV reads like a 20-year history of conflict around the world, which he says is the result of both searching out roles and being headhunted for his experience. “I was interested in it. There was a place where you could make a real difference and see that. Somalia, for example: while we were there they had a very bad famine alongside the war. At any one time we’d have 30,000 kids in our feeding program, and they literally had to be starving in order to get onto our program… There’s at least 30,000 kids in Somalia who are alive today as a result of our program, so when you look back at that you feel like you’ve achieved something. Those kids are probably running around with guns now, but…” Rwanda was next; Shearer was part of a team who reunited 2,500 lost kids with their parents.

Shearer finally left the war zones to work at a London-based thinktank for world conflicts, travelling back and forth between London and New Zealand. Feeling more and more strongly that New Zealand was heading in the wrong direction, he renewed old connections with the Labour Party and worked as a foreign affairs advisor for Phil Goff before heading overseas again to work for the UN after he failed to win the Whangarei seat in 2002. This stint in the UN saw him working in Afghanistan, Jerusalem, and Lebanon, before heading to Iraq in 2007.

Understandably, Shearer has an opinion on New Zealand’s involvement in Afghanistan, particularly considering the recent targeting of New Zealand’s PRT. “I think what we need to be really sure about is our exit date. First we need to set that, and then we need to work backwards from that and ask how we best achieve that.” He maintains the importance of a good handover to the Afghan authorities, as it gives them the best chance of getting ahead, but is also conscious that we have to hit a withdrawal date in the safest way possible. “But what I don’t think we should be doing is talking about our tactics publicly,” he says. “Going after Muhammad-whatever who’s the bomb-maker, if I was him I’d know ‘Oh, they’re coming after me’. When I’ve worked away, we’ve had very strict instructions not to talk about that outside of where we are. So what we need to do is have a plan, work to it, and make the operational decisions to do that as safe as possible.”

Shearer is staunch on the topic of post-graduate access to allowances and student loan excesses. “There are a couple of things we’re particularly hot on,” he says. “One is that after four years it doesn’t make any sense that your money runs out. We need the best graduates, and they need to be staying here in NZ. The other thing is the post-doctoral research posts that have been cut, and that’s nuts. I actually don’t think that Wayne Matt, when he brought the cut in that policy, recognised what he’d done, and the government doesn’t have the sense to reverse it. There’s no pathway for people to keep doing research when they finish their PhD, so they go overseas after New Zealand has spent tens of thousands on them. And we’ve got no way of bringing them back when they’ve gone off to be post-doctoral fellows. It’s unbelievably short-sighted. ”

Shearer also maintains that Labour’s four big policies will remain into the next election. These include pro-growth tax reform, which incorporates a capital gains tax and R&D tax credits, a change to superannuation eligibility age, a change in monetary policy which will reduce volatility in our foreign exchange rate, and a savings policy involving compulsory savings. The latter “will enable us to have big capital markets like Australia’s got. Those four things will all make big macro changes to the economic policy across the board that National won’t touch. Yet if you ask a bunch of economists for one thing bigger than these four, you very rarely get a hand up. The one that you most frequently get is the idea of getting rid of interest-free student loans, and that’s just not on the table.”

On leadership and the future, Shearer is pretty straight-up. “The leader of the opposition is a pretty tough gig, frankly. For us there have been some big challenges, but we’re keeping our eyes on the big prize, which is 2014.” He also works hard to maintain some semblance of a balanced family and personal life, going to movies and having dinners out on the weekends. “I try to get home for dinner as much as possible, and I surf in the summer time when I can. We’ve got a bit of land up in Northland that we head to in the summer, and I have an old car which I’ve been renovating for the last 16 years. It soaks up money and doesn’t seem to get any better, but I drive it around as much as I can.” You can’t help but wonder if that was that a metaphor.
This article first appeared in Issue 22, 2012.
Posted 5:17pm Sunday 2nd September 2012 by Zane Pocock and Joe Stockman.