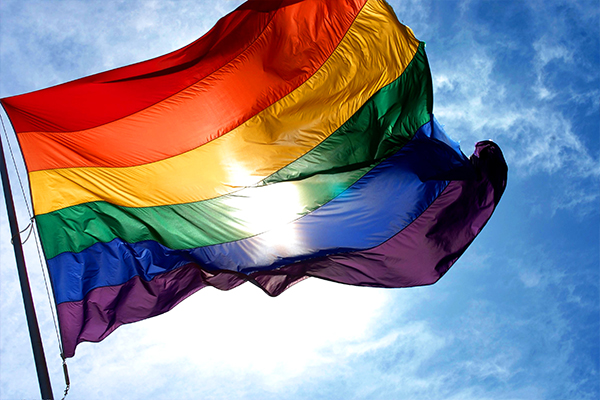 Members of OUSA-affiliated society UniQ have been revolting against Critic’s Straight Up column due to columnist Dame La Dida’s usage of the words “fag” and “faggot”. Things reached fever pitch on Facebook last week after Critic printed a letter to, and a response from, Dame La Dida in last week's Issue 19. Critic's Zane Pocock looks past the personal vitriol to investigate what sparked the storm and the reclamation of pejorative language.

Let's Get This Straight

In the letter, entitled Angry Fag, “Richard” denounces La Dida for calling members of the LGBT community “fags” in her column, reminding her that “for many of us that word comes with scars that run deep.” Although he goes on to say that he understands La Dida's desire to reclaim the label, he believes it should only be used to self-identify. Any use of it in the pejorative sense (here he quotes La Dida's reference to the “apologetic fag-next-door”), he claims, makes La Dida “no better than the arseholes [she] decried in [her] last column”, who yelled “faggot” at the columnist as they drove past.

In La Dida's response, entitled Faggy Retort, she attempts to reason with Richard. Acknowledging that her words were “bound to stir feeling”, she apologises to anyone upset by them, and admits that she “should have stated how [she] was using [the term ‘faggot’]”. As Richard points out, like many other members of the LGBT community, La Dida has also been hurt by the use of the term.

So we're good, right? Peaceful debate on this queer, queer earth of ours? Not quite.

Following the letters’ publication on Monday, UniQ President Matthew Ashley posted a call to arms on the group's Facebook page, stating that La Dida provided a “half-hearted, underwhelming and altogether unapologetic... apology,” and calling Richard's letter “dignified and eloquent”. He called for La Dida to lose her Critic column.

La Dida told Critic that she is “not surprised”. “It is hard for people who have spent so much time feeling shitty about their own oppression to hear that their actions oppress others. Similar debates come up in feminism, with women of colour challenging the priorities of white feminists, if you're looking for a parallel.”

So what is wrong with La Dida's use of “faggot” to describe others in a negative way?

Well, it's not all black and white. Vice President of UniQ Justin Boswell agrees that there is a range of opinions within the queer community, but tells Critic that while it's one thing not to work together, it's a completely different thing to “evolve to slandering other groups and using hugely offensive terms, which is what seems to have happened. If you use 'faggot' or 'dyke' to refer to someone who is not comfortable with the term, then it is an insult regardless of the sexuality of the person doing the name calling.”

Boswell identifies not only La Dida's use of these terms but also the general nature of the column as main points of contention. According to Boswell, “She has the best chance to paint a picture of the queer community in Dunedin out of anyone. From what people have seen she is not representing, but rather insulting the very people within it. People are... annoyed that such a chance is being used to paint the community in such a horrible light.”

When asked if he intended to axe the column, Critic editor Joe Stockman replied, "No of course not. Anyone who wants to stand up and say, 'I'm gay, and I don't appreciate the word 'fag' being used to describe me,’ good on them. But the fact that UniQ called for Dame La Dida to lose her column is ridiculous. If you don't identify with the column, don't read it. The queer whare is big enough to fit everyone, and anyone who wants to try and force a homo-normative lens onto how queer issues are discussed isn't going to get any traction with Critic."

When queried as to why he entitled a letter complaining about the column "Angry Fag" when he knew that the letter writer was opposed to being described that way, Stockman hit back, saying,"In the context of the debate that was an appropriate title. Critic is trying to facilitate debate, and get some lols along the way. Yes I was being cunty giving it that title, but I was being a cunt for a reason."

The reclaiming of titles isn't a new phenomenon. Almost any civil reform movement in recent history has involved the reappropriation of derogatory terms: the “sluts” of SlutWalk, the “fat pride” slogan, and heck, even the “niggas” in rap music immediately spring to mind.

Justin Boswell says that UniQ “totally supports the reclamation of the word, as most if not all queer and especially gay men would. However, calling people faggots in a public forum or publication is not the way to reclaim it as at this stage it is still an insult. The word faggot itself is used commonly within many gay circles, but the notable difference is that it is within a group of close friends with mutual understanding of what is and isn’t an appropriate use for the word.”

The thing is, “queer” has been on the way to reclamation for a long time, and anyone can use it in reference to the LGBT community. No one, least of all La Dida, would debate that it still holds painful memories. And at a fundamental level, doesn't it make sense that if you “give” something – like a label – to someone, it's theirs to use? Perhaps reclamation requires a bit of a “rip of the Band-Aid”, and – yes – an ability to laugh when activists like La Dida subvert such language for humour.

The New Zealand Bill of Rights Act 1990 states that “everyone has the right to freedom of expression, including the freedom to seek, receive, and impart information and opinions of any kind in any form.” That this debate has reached a point where individuals are threatening to file a complaint with the New Zealand Press Council and encouraging others to do the same seems absurd. Dame La Dida does not speak within the context of the homo-normative agenda, and nor should she. Just as I, as a white cis-hetero male, feel that I have an inalienable right to criticise anyone and anything, so should Critic's humble columnist. To deny her that capacity in the name of a human rights movement is an absurd double standard.
This article first appeared in Issue 20, 2012.
Posted 5:14pm Sunday 12th August 2012 by Zane Pocock.