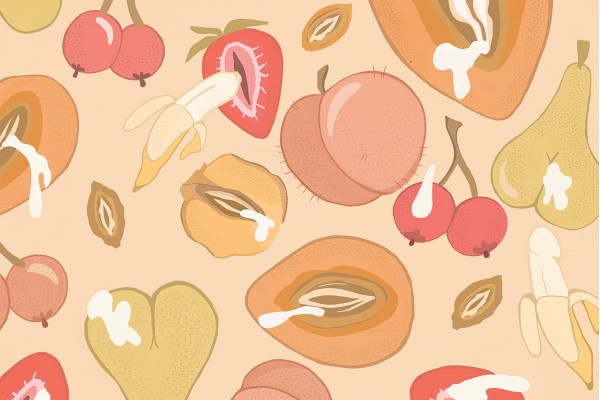 A Bit of Olive Oil

I was desperate. After a large dry spell of bad sexual encounters, the only thing more down than my self-esteem was the flaccid dicks that had writhed limply in my mouth. It had been over a year without a dick entering my pussy and let me tell you it was not from a lack of trying.

Flash forward to a warm night during the mid-semester break. I was getting ready to go to a flat party. Only problem was I knew that my ex was also gonna be there.

“I should fuck one of his friends just because,” I joked to my flatties, not at all being serious. Arriving at the party attached to the hip with my flatmates, I started to get a bit comfortable but still avoided any contact with my ex. Inevitably, my drunk friends began to mingle and I felt like I had to move from the spot I had chosen. I saw a guy who I thought was kinda cute. Drunk chats with this guy escalated to a bit more than chatting and next thing I know we were mashing faces on the couch.

The guy I was hitting it off with asked my ex if he was all good with him making out with his ex, to which he replied “My only girlfriend is Billy Mavs now,” and proceeded to chug the rest of his drink while everyone cheered him on, me the loudest of them all. The clock was about to strike midnight. You know what that means, $2 night and day wedges. We hastily left the party (not before my hook-up had a huddle with his friends, discussing whether or not he had the green flag), grabbed some wedges and made it back to mine.

Before we had even walked in the door his hand immediately gorilla grips my pussy. No foreplay or anything. But did I care? Hell no, I was so desperate to finally lose the virginity I had reclaimed. Fooling around a bit, we take a break and I go to the kitchen to grab some water for the both of us when something catches my eye. Olive oil, just sitting on the counter and my drunk mind has an idea. I remember hearing my friend tell me about using olive oil for massages, but my dumb brain did not register that using it for more than massages was not going to be a great idea. Bringing the oil back to the bedroom things start to heat up in the kitchen.

Putting a generous serving of olive oil on his dick and my pussy, I finally lost my virginity for the second time. Yes, I had some real penis in vagina action for the first time in over a year. During sex, I asked him to talk dirty to me and he started to call me a slut, something I’d been dying to be called in bed for ages. He then said “I love when you give me commands”. Whatever works for you dude, I’m just glad I’m getting laid. Wanting things to get a bit more rough, I asked him to slap me. THWAP. He full on slaps me right in the face with absolutely no hesitation. Dazed and confused like the Emerson’s beer, I shake it off and he finally finishes. Going to bed marinating in the concoction of juices we pass out. Awakening to him getting dressed and opening the door he says “Well that was a good one night stand, have a nice life, goodbye,” and the Gordon Ramsay of my life leaves, never to be seen again. And so, in one night I lost my reclaimed virginity, fucked my ex’s friend and did it all while cooking up an absolute storm in the bedroom. What a night.

Note: Don’t use olive oil as lube kids. Up next: Canola oil. I will keep you guys updated.