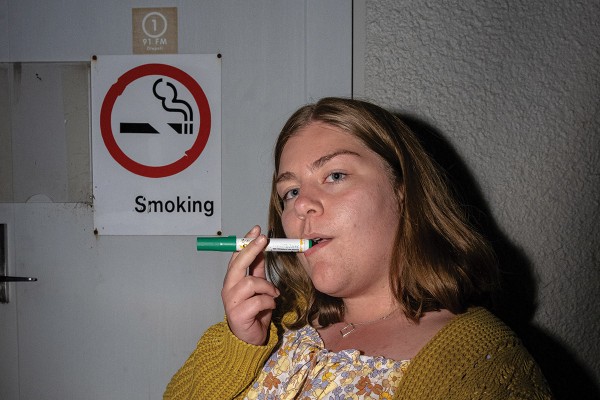 In case you didn’t notice everything about the magazine you’re holding, this week is our drugs issue. Critic is often criticised for being too pro-drug. And yes, we are 100% pro-drug. I don’t think anyone in our office would say “drugs should stay illegal and I hate them” unless someone was threatening them with idk, a $300 fine. Despite the fact that we can fill an entire magazine with drug content, we’re covering a narrow sliver of the wider issue.

Why? Because drugs are illegal in North Dunedin, but they’re not really illegal in North Dunedin. For one article in this issue, I spoke to a guy who imported a lot of drugs into Dunedin a few years ago while he was a student. He was going through what he described as a “self-destructive spiral”. I was shocked when he rattled off a list of Class A drugs I hadn’t even heard of. He only got charged with importing Class B drugs, thanks to his co-operation with the police.

He served home detention and is now working on his business goals as an entrepreneur. Basically, it was a blip in his life and he’s able to move forward. I don’t think many people who have imported Class A drugs can say the law was enforced with the same level of compassion.

White kids in Dunedin who get done for possessing or supplying drugs get special treatment. And it’s not just the police. We get access to resources like KnowYourStuff, so we can be informed about what we put in our bodies.

So many people have had shit experiences at festivals this year with bad gear, and the numbers coming back from KnowYourStuff in Dunedin are scary. Relatively harmless drugs like MDMA are being replaced with relatively harmful drugs called cathinones. We know that, thanks to a charity organisation that is now legal, but has no legal obligation to be here and also no stable funding.

Students in Dunedin have been provided with that resource, which is great. But the lack of funding means that KnowYourStuff stick to the sexier parts of harm reduction. That’s what gets publicity and funding: drug testing at high-profile festivals and events like O Week in Dunedin. Harm reduction, as it stands in New Zealand, is designed for us. When someone says harm reduction, people think of 20-year-olds getting their gear tested at festivals like Homegrown and RnV.