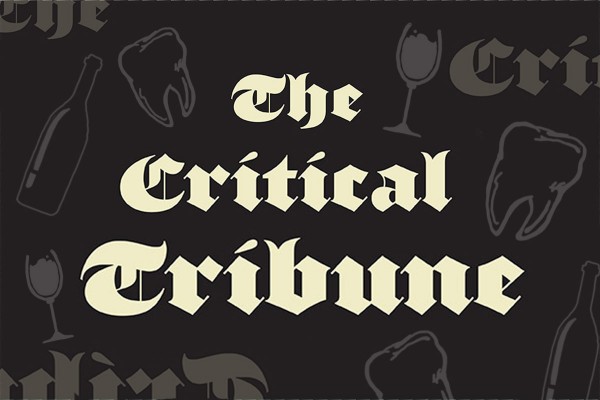 Ōtepoti’s iconic sculpture, the harbour molars, have been extracted due to bacterial decay. The cavities were first observed on the annual DENT269 field trip, during which Otago dentistry students pilgrimage to the harbour inlet and marvel at the enamel delights. This year their fun was cut short, upon noticing a build-up of cavities and plaque.

At 2:30pm, the southern hemisphere’s most photographed structure was locally anaesthetized and pulled out with a forklift. The teeth were then placed into large plastic baggies and sold on Etsy to B-grade drug dealers who want to frighten breathas on their tick-list.

“It was a tragic scene to behold,” lamented dentistry professor Ruth Canal upon recalling the extraction. “We really had to brace ourselves.”

The DCC has since proposed dumping ten litres of fluoride into the harbour in an attempt to prevent similar future mishaps. Nine out of ten dentists interviewed by the Tribune supported the motion.  However, the final dentist, when approached for comment began to grumble incoherently about “communist plots” and “turning the frogs gay”, before frantically fashioning a hat out of Pam’s foil wrap.