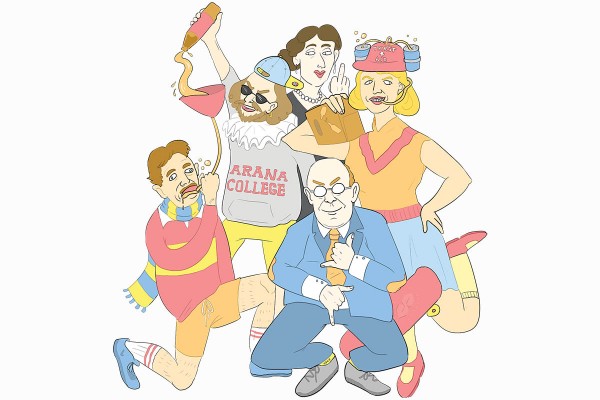 Speight's in a can, Speight's in a bottle, and Speight's on tap are all vastly different drinking experiences. Although it may technically be the same beverage, I’m willing to bet my life that the material and/or spiritual energy of the vessel fucks with the taste. Here is Critic’s ranking of the three vessels: can, bottle and tap. Do with this information what you will.

Everyone has had the adventure of drinking Speight's cans, slightly warm and grubby, in a random’s flat and having the goddamn time of your life. Often a fresher experience, when you’re still a bit of a newbie, but are so damn hyped to be involved in the scene. Even served cold, the drink itself is pretty unforgivable, but the memories (and the price tag) make it both worth it and bearable.

Pairs Well With: Weird sexual vibes from someone much older than you

The bottle is slightly more niche and is rarely consumed on purpose. If you are drinking this, chances are you found half a box of it on the side of the road or on the floor of someone’s room. Rarer still is drinking a cold one. If you have, it’s because the flat you found them in was colder than the actual refrigerator. That being said, glass will always look higher brow than cans.

Froth Level: Walking home with one shoe at 3am

This is the rock of the Speight's family. Solid, classic, familiar. It’s a basic beer, without the bells and whistles of the Soft Boi’s signature IPA’s and far more enjoyable on the baseline scale of the percentage to price ratio. Whether you ordered it because you couldn’t think of anything else on the spot, or it’s your go-to, you genuinely can’t go wrong with a Speight's.

Pairs Well With: Being in an actual bar, too much pregaming

Tasting Notes: Actual aeration and the smell of money

Froth Level: Puking in the Octagon way too early on a Saturday nigh