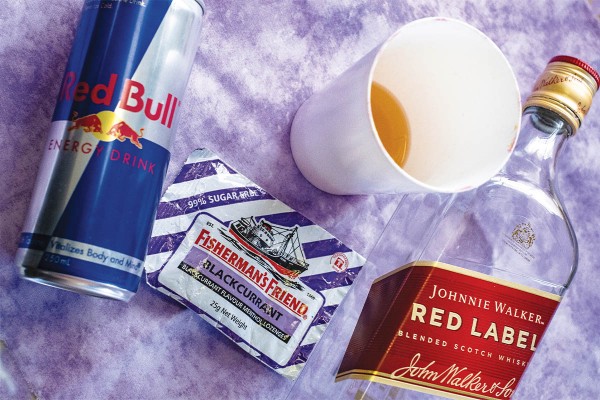 I thought that cocktail - ‘Quarrantini’ – that was making its way around social media was fucking revolutionary. I decided to test out other cold and flu supplements that could work as cocktails. They all tasted bad. The least bad one was the blackcurrant Fisherman’s Friend mix, which was only about a 5/10. You’re welcome.

2/10: A fruitburst’s nightmare of a demon fruitburst.

Critic office consensus: “It’s like when you’ve finished throwing up everything in your belly and there’s just stomach acid left.”

4/10 unless you feel like skipping straight to the miserable end of the night without all the fun bits in the middle.

Critic office consensus: “Like drinking whiskey then brushing your teeth.”