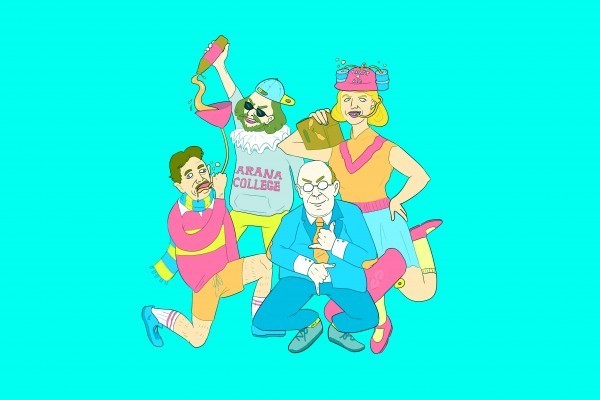 Bell’s Scotch is an alcohol that should have died with the dinosaurs; the meteorite was close, but not close enough.

Scotch is also, coincidentally, the postgrad drink of choice. Perhaps they’ve had so many bad nights with vodka, gin and rum that after a few years of drinking this is the only beverage left standing. Perhaps they think it will give them a degree of age and class to distinguish them from the undergrad students that walk amongst them. Or perhaps they’re just old and fucking lame.

Scotch is a bitch to buy, a bitch to drink and a bitch of a review to write. Drinking it is what I imagine having intimate sex with the armpit of the Loch Ness Monster would taste like; a burning sensation that makes you feel both accomplished and dead inside. There should be some kind of monetary compensation for the hours I wasted on this sucker. But also because I just want money, please.

Bell’s Scotch is also way too expensive for what it is. Other overpriced things that pair well with scotch include caviar, pearl necklaces, and Greek yoghurt. We get it, you got an A in a first year paper five years ago, and now you have a nice plushy lab demonstrator job to supplement that sweet StudyLink. No need to throw your dick around, even if you are trying to impress the girl with the push-up bra and wide-eyed gaze. You’re a postgraduate student, didn’t she know? As you undo a button on your grey cardigan, you casually mention that the heat pump is running, despite it not being hour of power as if you didn’t just metaphorically set fire to a cigar made of $100 bills. You better drink that scotch up. It’s going to be several hours before brief coitus is attempted.

Froth Level: First base for 5 hours.

Pairs well with: Button ups and glasses for the eyesight problem you recently acquired.