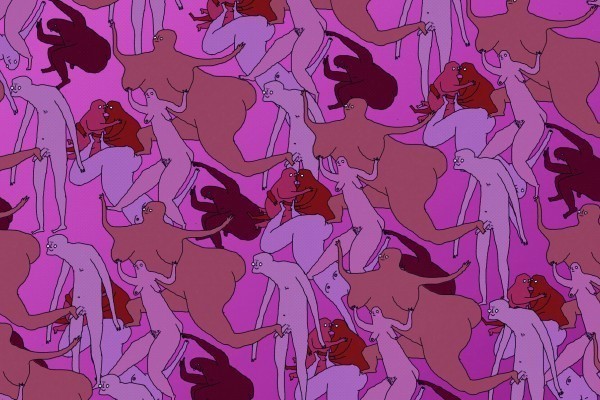 As every international exchange student knows, sometimes you need a vacation from your vacation. So, when mid-semester break rolls around, it cannot be wasted. It’s the perfect week to explore the country, have some outdoor adventures, learn how to drive on the opposite side of the road, and most importantly, have some creative sex. These are exactly the things I set out to do on mine.

My climbing buddy (who had quickly turned into my fuck buddy) and I decided to head up to Golden Bay to experience the amazing rock climbing at Payne’s Ford. This was going to be a week filled with doing my two favourite things: rock climbing and him. As great as these things are, ‘could they get any better?’ we asked ourselves. Surely, if we could figure out a way to combine these two activities the trip would be legendary.

Working out the technicalities and mechanics was definitely the biggest feat. We would need to both be secure on the wall; enough to be safe but still have enough ‘wiggle’ room. Adding to the challenge, after a week of rain, the only thing wetter than me was the wall and all its cracks. After discussing it for a while, we came up with a plan of attack: we would take our clothes off, climb to the top of an easy route dubbed ‘Calling All the Hobbits’, anchor ourselves at the top, and fuck. Luckily, my hobbit didn’t have small feet. After the sun went down, it was go time.

My climbing partner prepared the rope and gear, I put a condom in my bra, and we both took off our pants (Wearing a climbing harness without any pants is not as uncomfortable as you may think). We were ready. He lead the climb while I gave him a belay, my naked ass shivering in the cold. ‘God, I hope no one comes back to the wall right now’ was all I could think.

He finished the climb and set up the system to belay me up to the top of the route to join him. I climbed it and anchored myself to next to him. It was now time for the tricky part. As the anchor is a cord holding us to the wall from the crotch areas of our harnesses, it made it a bit of an obstacle. We tried a few different positions, but each one made it impossible for him to get inside of my crack. How he was still hard at this point is beyond me. Eventually I straddled by legs around him with my back on the wall, both hands on holds, and my anchor system smashing my boobs. We were both a little uncomfortable, but it was good. Surprisingly good. But let me tell you, he finished this climb fast. Very fast. Not even 10 thrusts in and he had cum.

We lowered ourselves back down to the ground after leaving the condom wrapper in the chains at the top. I felt as if I had accomplished something great within the climbing community. We had turned an innocent, little route into a legend. This was all done without getting spotted by other climbers, getting stranded at the top naked, or losing any genital skin to the rock face. All in all, a suc-sex-ful mid-semester break indeed.