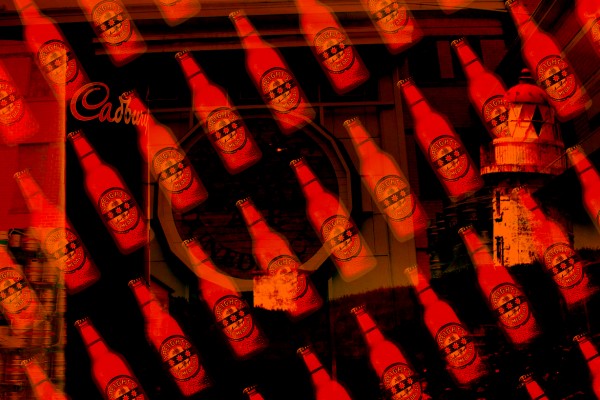 In ye ol’ Dunedin, there used to be three icons of the metropolitan city. One was the beloved Cadbury factory, blessed be her name. Gone but not forgotten. Another was the albatross colony, until people realized that they were just like seagulls if you squint a bit. Last but not least, Speight’s Brewery. The three lived in harmony; beacons of a dwindling town. Then everything changed when the Emerson’s brewery attacked. They introduced us to reasonably priced tasting trays and delicious alcohol. Suddenly, it wasn’t enough just to have a mediocre beer and some kind of misogynistic slogan. Speight’s is a dinosaur living in the future, and it shows. My sexual awakening may have been Littlefoot from Land Before Time, but that doesn’t mean he doesn’t die a slow/sudden painful death (email in your dinosaur extinction theories please. Meteorite: y/n).

Speight’s is a champion for the ‘Real Southern Man.’ Now, I’m not quite sure what that is, but if I remember correctly it’s something to do with opening a bunch of farm gates. Honestly, if I were to even do like, five minutes of exercise, I would be so thirsty that I would drink any beer, regardless of taste. So, I guess Speight’s does kind of make sense.

Speight’s has a spring water tap outside their brewery which, I shit you not, people literally line up to collect by the bucket. Perhaps these people also partake in the fine ale, but even so, Speight’s consumer base consists of people that don’t know you can get fucking free water from your tap at home. Or even worse, they’re the kind of people that are paranoid about fluoride in the water and probably wear tinfoil hats. Hey, you do you. At least the spring water tastes better than the beer.

Pairs well with: Milking the first goat of spring, sweat trickling down your wife beater as you’re chopping wood in the middle of nowhere