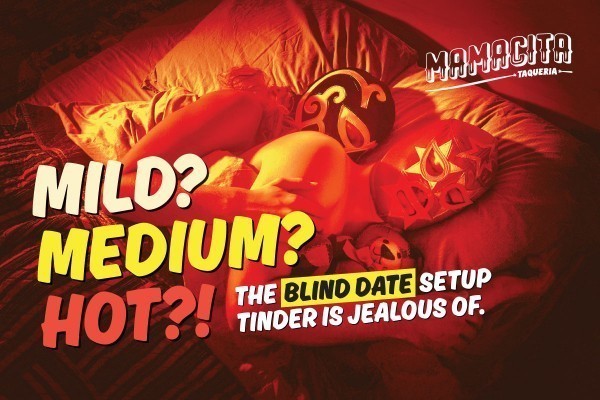 I discussed the criteria of an ideal date with my flatmates, before I made my way over to Mamacita. Being the classy gent I am, I guzzled a Scrumpy on the way there, stowing the remaining half in the gutter for later. I was revving to go. The lovely gent behind the counter showed me to my table, my date having arrived a couple of minutes before me. One of my criteria was immediately met; my lucky turtle socks were knocked right off by her stunning beauty. We firstly spent about 2 minutes clarifying each other’s names - good thing we did as I had no idea what she said at first and I imagine the Scrumpy was slurring my words by now.

My second criteria was great chat; she passed with flying colours. Only thing against her so far was that she studies law; probably the only thing more wanky than my degree. The Margarita jug was amazing and went down a treat with the food. As the date wound down, she asked what I was up to after. I coolly invited her to my mate’s party that evening. Unfortunately, my leftover Scrumpy remained in a bush, in fear picking it up would reveal my true bleak colours. My flatmates were surprised my date agreed to come back, saying she was out of my league. Turns out we are both too competitive and made quite a good beer pong team and even managed to just miss out on a coffee-mixed cup in rage cage. The night came to an end quite abruptly with my date getting picked up by a friend. Being the gentleman I was, walked her to the car.

Sorry to the readers, nothing more exciting happened, but we did agree on a follow up date to play badminton, so maybe she’ll play with my shuttlecock this time.

Passing down George Street the next day, I was disappointed to find the Scrumpy I took missing from the trusted bush I hid it in; I guess you can’t have it all in life!

Cheers Mamacita for a sick feed and Critic blind date for a fine night.

Walking into Mamacita already a couple drinks down, I had no clue what to expect. The maître d′ had no clue what Critic’s Blind Date was, which left me under the relentless eyes of the kitchen staff while she went off to find a table. Farewelled by a wink by the older chef, I was escorted to my table. My date showed up a few minutes later, and I was relieved. He was tall, had a scruffy beard going, and had some geeky glasses on. Exactly my type. It was immediately brought up that he was a Med student, and I found myself tuning in and out of the conversation as I picked out what colour Mercedes I would have when we were married. To my surprise, he was actually a good yarn. We vibed on our similar senses of humour, and contrasting hobbies. He seemed interested, and interesting, leaving me wanting more. Two delicious meals later, I was ready for him to take me home and fuck my brains out. Instead, he invited me to his friend’s red card and for some reason I didn’t say no, despite my preferred desire for the evening. The red card itself was filled with the loveliest people, however due to his unflattering drunk personality, I found myself more attracted to his French friend. His overly competitive nature at the beer pong table lead me to believe he was over compensating for under performing in other aspects. Sexually frustrated, I found myself sneaking off and seeking refuge in a past Tinder hookup’s bed. He was pretty understanding. Overall it wasn’t a bad night. Good food, decent company, hot French guys at the red card (who I hope to see again soon), and thankfully a good fuck.