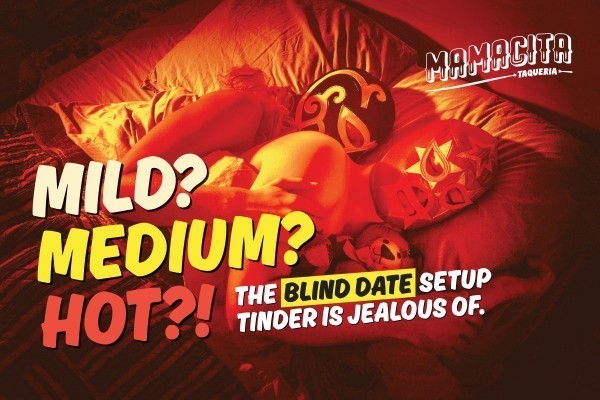 Okay, first of all my flatties put me up to this. I haven’t been on a date in the last five or so years, let alone with another guy. Shot-gunned a couple of beers, drank a couple others, and then smoked a quick bowl before I left to walk down to Mamacita. My whole game plan was to be fashionably late because I thought my date would plan the same way (he was early). Stopped on the way to rip two quick (overpriced) tequila shots and got a good buzz on. I was feelin’ good on my way in.

The best part of this date was, by far, the food. I lost my shit when I found out I could get three different types of tacos, (and you bet I got a frozen margarita with it).

Now to get into the meat of it. My date was cute, a fresher. Not really my type, though. A little too timid for my liking, and a little too into theatre. We had good convo and I would love to have said we slipped into the bathroom for a quickie, but we didn’t. I seriously would have preferred some nut busting sex to go along with the banter and tacos, but you can’t always get what you want. As the date was winding down, I wasn’t really sure how to ditch him, but when he asked me if I wanted to go to an improv show, my dick just about inverted and it took a lot of willpower to not laugh in his face. I made up an excuse to go pee in Maccas and left him on the street.

In the end, I left for a birthday party and found another man to sleep in my bed.

Long story short, mind-blowing sex > mind-blowing tacos, but if it’s tacos or nothing, settle for the tacos. Cheers to Critic and Mamacita for a fine night. And, to my date, I’m sorry I forgot your name almost immediately after you said it.

What an absolutely exhilarating night! I’m kidding. It was… average. He was really nice to talk to, and conversation flowed really nicely, but that’s about it. I think my main problem was when he brought up what we emailed Critic to get into Blind Date. Mine was extremely tame, talking about the fact I’m a fresher and that I’ve been lonely for about three years (y i k e s). But boy oh boy did his take another route. I realised there wouldn't be a second date when he explained that he told Critic he wanted someone to fuck so hard that his flatmates get concerned… yeah, that’s a no from me, sweetie. Plus I think he was fixated on fucking one of his friends… fair enough, I guess? Don’t get me wrong though, he was great to talk to - especially when sharing our love for Mamacita (I am definitely going there again). We walked down George Street afterwards and he explained to me that he needed to go to the bathroom and was desperate for an alleyway to piss in. I suggested Maccas instead, which he was somehow less keen on than an alleyway? I said goodbye to him at the Golden Arches and went on my way. As far as dates go, it could have been worse. But it could have been better as well. Then again, what would I know?