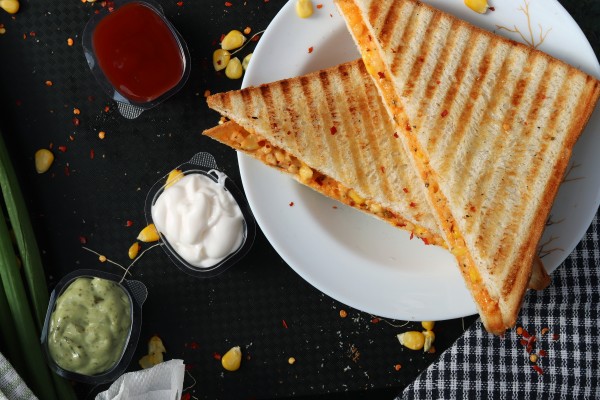 Toast time is a sacred ritual, a time-honoured tradition dedicated to wasting time while you pretend you’re looking at those CHEM191 notes.

150 years ago when Otago University was founded, the dark wizard Salazar Selwyn concocted the ULTIMATE toast time toasted sandwich. Fearing the power he could wield with this new weapon, the other Hall founders banished Selwyn to the harsh wastelands of South Dunedin.

Several years ago after getting on the wrong bus I found myself wandering through an abandoned industrial estate as the light was fading. Underneath an old hot water cylinder I found a small trunk containing a toasted sandwich, still warm to the touch. As I took the first bite I knew what it meant to be at complete peace. While I chewed that sandwich time ceased to exist and became a golden flowing liquid, which merged with the sunlight, forming a substance of pure energy.

I believe that what I ate was the blueprint for Selwyn’s secret sandwich. When I awoke I found the walls of my dorm room covered in scrawlings in my own hand. It took many attempts to try and recreate the recipe, but I believe I have come the closest us mortals can achieve, using only the ingredients you can get at toast time.

Grab two slices of bread. If you can nab some fruit bread, this will lead to a pretty dank sandwich.

Slather margarine or butter on one side of each piece and slap some peanut butter on the other side.

Grab a banana and slice it into rounds and top one of the bread slices with it. Finally get some runny honey and drizzle it over the banana. Close the sandwich and whack it in a toasted sandwich maker. Grill until properly browned. If you’ve done it right the banana will have lost some of its shape and be kind of mushy.

This sandwich requires a tall glass of milk to wash it down with. You might be tempted to try and have a hot chocolate with this, but the human body can only take so much of a beating. Trust me, I learned the hard way.

A couple of these sandwiches and you’ll be sure to achieve your fresher fifteen.