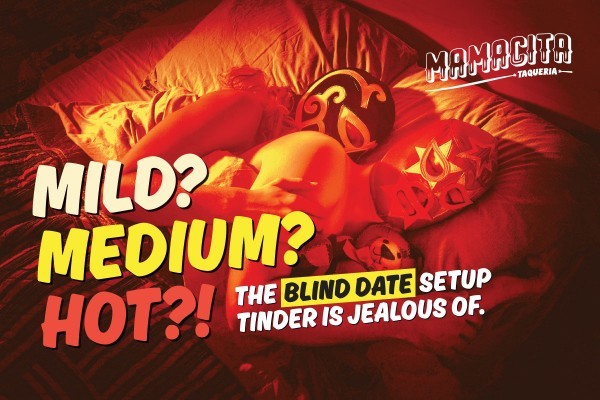 My first blind date. Where to begin, this was a first for me. Nerves got to me a bit more than I expected so pre-drinks with some close friends was much appreciated. With five minutes to go, I headed off to the restaurant and ended up getting there at the exact same moment as my blind date, which led to the first of many awkward exchanges of the night. But as much was to be expected, the rest of night was spent doing my best to pull my ‘A’ game banter out of anything and everything - but when you’re talking to someone who you have almost nothing in common with, there ends up being a crushing amount of awkward silences. The night came to a close when her “friend was having a crisis” which could have been genuinely true, but I don’t blame her for cutting the night short.

In the end I shared a really nice meal with a beautiful girl - so not a total loss.

My night started with some encouragement from my flatmates to “be myself”, however “being myself” hasn’t been doing for my dating life over the past few years, so I was feeling pretty nervous.

In the tradition of all the Blind Daters before me, I necked a few drinks, and then headed on my way. Announcing myself to the wait staff, they informed me Critic had in fact forgotten to book us a table (cheers Critic, what an absolute stitch up). [Soz – Critic.]

While one of the staff went to set us up a table, a guy approached me and informed me that he too was there for the blind date. What followed could only be described as one of the most uncomfortable dates I have ever been on. Poor dude was clearly very nervous, but no girl wants to be asked four times what they do, and at least three times what they do in their spare time. The fact he wasn’t a uni student was confusing to me considering why we were on the date in the first place … Honestly, after being there for what I felt was a polite amount of time, I texted my friend a 911, and she let me know she was “having an emergency” so I could gap. Feeling pretty tipsy and unfulfilled, I decided to join my friends at Devilman’s set at Catacombs.

Cheers Critic and Mamacita for an awesome feed, sorry to all the readers who were hoping for a bit of softcore erotica for their Monday morning. Thanks to the drum and bass father and a cheeky cap for doing to my body what my date unfortunately could not ;)