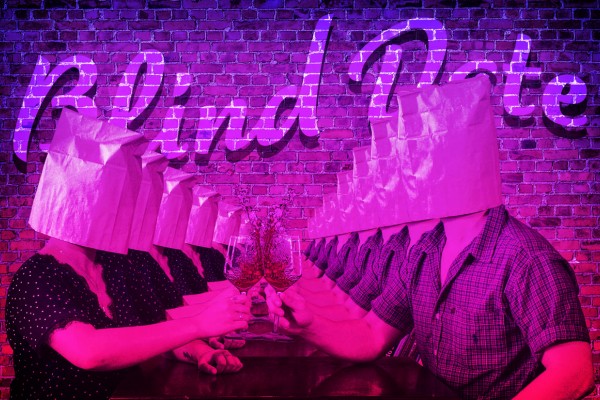 Critic Blind Date: Here for O-Week, Here for an O

I had a whole strategy planned out. I didn’t think it’d work in my favour saying that I was a fresher, so I figured that I would just say I was a third year and already had a bunch of work to do. I wanted to seem busy so that she’d be flattered that I was spending my free time on this date. Not quite negging but, you know, close.

Half into dinner by the time she arrived, she didn’t seem all that fazed about not waiting for her, or even who I was, really. We exchanged names and I told her I was a suuuper busy med student, but was keen to get to know someone romantically. She must have sensed that if she didn’t show her interest soon enough that I’d have to leave, and to my surprise she asked me to leave with her immediately. I didn’t even get to finish my fries! The night was certainly an O-Week event to remember ;)

Here for an O

I’ve hooked up with people on tinder, bumble, Her, and even randoms from snapchat. I’m a third year, so I’ve nearly done it all, but I’d never actually got onto Critic’s blind date until now.

When I turned up he was already hooning into a meal. I didn’t mind cos I like a guy with a bit of appetite. He seemed embarrassed that he hadn’t waited for me and said something about how busy he was and hadn’t eaten all that day. Fair enough. I asked what his name was and he offered me a kind of awkward hand shake, but at least he hadn’t clearly been predrinking like half the other blind date dudes seem to do.

From my experience med students usually have shit chat, so I figured that the less we spoke, the better the night would be for both of us. I just wanted to tick this off my bucket list, so I invited him back to mine. The root was ave.