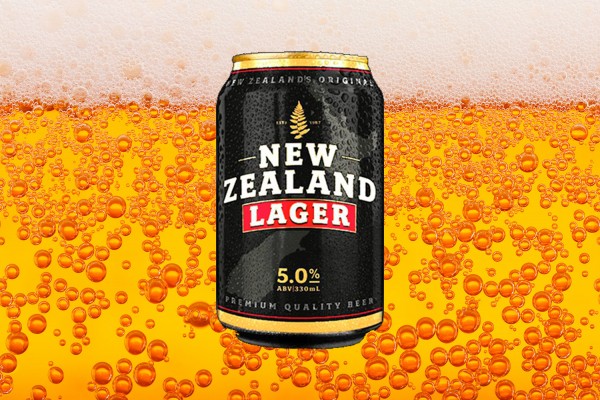 New Zealand Lager is a triumph. Brewing in this country has a long and rocky history, with a lot of bad beers and a lot of good beers. But none has been greater than this delectable drop. Fun Fact: the country ‘New Zealand’ actually derives its name from New Zealand Lager, because it is the country where it is made.

What can be said about the one and only Lager of New Zealand that hasn’t already been said? In the history of our fine nation, this beer has always been there. They drank it to celebrate signing the Treaty of Waitangi, they drank it when they shipped the ANZACs off to Gallipoli, Hillary cracked open a can when he got to the top of Everest, and David Lange took a knee when he banned nuclear weapons. It defines us as a people.

My time reviewing the finest alcohol this country has to offer has come to an end. Swilliam Shakesbeer is stepping down, to be replaced by another worthy reviewer who will take the helm of Critic Booze Reviews next year.

So it’s only appropriate that the incredible NZ Lager be my final review. I’ve been drinking this stuff since I was a baby. I never knew my father, and my mother died two years before I was born, so I basically consider NZ Lager to be the closest thing I have to parents.

It has a crisp, clean taste that pairs excellently with most summer salads, but also offers remarkable cut-through when paired with a more high-fat umami dish, such as a Coupland’s steak and cheese pie. Herbal notes and a pale malt scent dominate the flavour, with a mildly bitter finish to round it off.

I don’t even know its regular retail price, because Countdown literally always has it on special for $14.99 for a 12 pack. At 5%, that’s bang on the $1/standard Golden Ratio. In fact, it’s technically $0.9993333 per standard drink. That’s unbelievably good.

New Zealand Lager is the most iconic and most influential beer in this nation’s history. Maybe it’s because of the price, maybe because it tastes so damn good. It’s hard to pinpoint exactly. But it truly is our national beer.

Tasting notes: Hints of glory, strong notes of the ecstasy of victory, with a surprisingly mellow finish, like the afterglow of an orgasm.