Welcome to the last ODT Watch of the year. To start this week, apparently a local fish and chip shop has been amassing weapons of mass destruction.

Tsk. You can never tell with some culinary establishments. One day they’re saying they love you and the next they’re off with some floosy having vigorous sex and stockpiling nukes.

Next, some proof that New Zealand’s rampant alcoholism isn’t limited to its younger citizens.

If you think you’ve got a problem with addiction you can always call the alcohol and drug hotline at 0800 787 797. Seriously, there are ways of getting help.

Moving on, the ODT’s sports reporting has stagnated so much that it is now indistinguishable from a swamp / the average Castle flat / the state of the Roman Empire in 400CE. 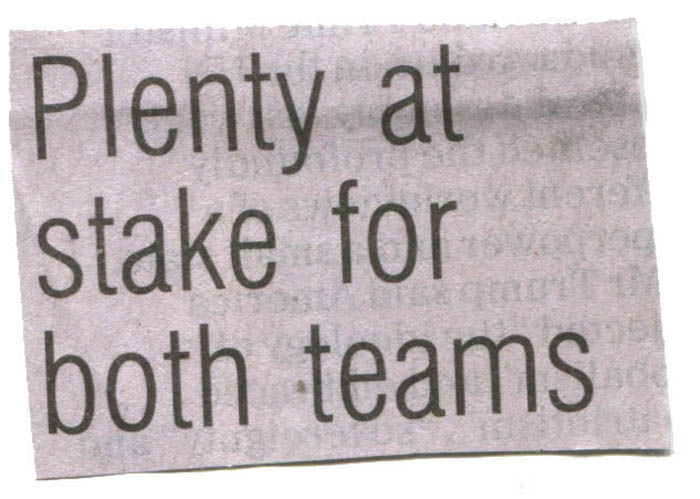 The ODT is very excited about some people someone thinks they saw in a Central Otago town.

The “60” were later confirmed to be sheep.

Let’s be real for a sec – the only thing that beckons to you after retirement is death (and maybe your octogenarian fuckbuddy, but it’s probably just their crippling arthritis).

The ODT has decided that commands work better than headlines.

I will take that sage, Yeatsian wisdom to my grave, ODT.

And finally, the ODT Editor’s side-job is finally starting to pay dividends.

[Critic recently stated that a column written by an Otago Daily Times columnist John Lapsley was removed from the ODT’s website for reasons associated with the article’s quality. Critic acknowledges this assertion was incorrect, and apologises for its error.]