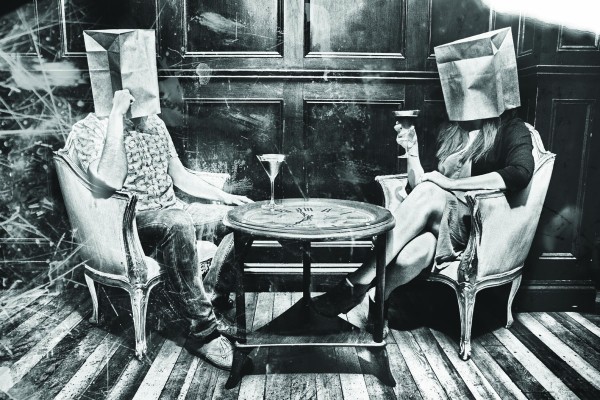 Love Is Blind | Sally and Harry

After a four-month dry spell my standards have never been lower, so this date was probably always going to go pretty well.

When I got there I was pleasantly surprised to find that my newly expanded standards for a partner would not be required, as my date was quite a looker. I think he might have lifted me up for a keg stand when he was a leader at my Law Camp, but by the time I remembered it would have been weird to ask.

Over a delightful meal we played a bit of footsie. He drank Tuatara, I drank gin.

After three of those it was clear this was going somewhere. More specifically, back to his flat. Unfortunately, I made a dick of myself by tripping on the footpath just as we left, but he was a perfect gentleman, picked me up and piggybacked me the whole way back to his.

I gave him a kiss on the cheek and said goodnight.

Just kidding. We made out in a disgusting public spot on his driveway, fell through the door and into his room, clothes came off, and I sunk to my knees to give him something he’d never had before….

I got the email that I had ben selected for the blind date on Wednesday, and spent the whole next day nervously stressing about it. As the only guy in my flat, I had all the girls fuss over me to make sure I was looking sharp (not sure the face mask was necessary tbh), then I shotgunned some Park Lanes and headed out the door.

I waited probably 10 minutes before she showed up (rude), but it was worth the wait. She was a ball of energy and to be honest she was definitely the one spurring the conversation because I was still nervous as shit. The beer helped though.

There was one point where I made an incredibly bad joke that got a massively over the top laugh from her. That’s about when I realised it was going well and I might have a shot. Also, she started rubbing my dick with her foot.

I invited her back to my place to watch a movie, which she accepted. She then proceeded to twist her ankle, which for a second I thought she may have been faking because she regretting coming home with me. I was being paranoid though, she asked me to carry her the rest of the way.

We didn’t end up watching a movie. Unfortunately, the alternative activities she had in store for me were a bit too exciting for my young mind and got cut a bit short. I made it up to her in the morning though.