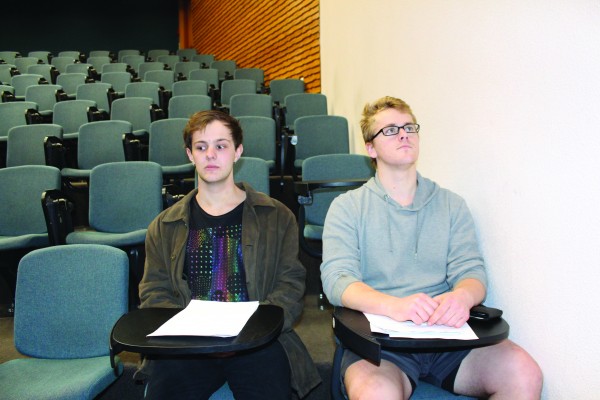 It was an ordinary day for Rebecca Milnes. She was sitting in her lecture, floating in and out of sleep, contemplating nothing more than which riceball shop to go to for lunch and whether or not the stranger in front of her has nits. Bliss. Then it all went to shit. “Turn to the person sitting next to you and discuss why you think this is,” said the lecturer with a patronising twitch of the lip region. But poor Rebecca was sitting too far away from everyone else, because everyone else sucks, and HAD TO AWKWARDLY SHUFFLE CLOSER TO ANOTHER PERSON AND TALK TO SOMEONE ABOUT SOME SHIT NO ONE CARES ABOUT ANYWAY. And then, when every conversation in the room had petered out and the lecturer was forced to resume speaking just to fill the silence, the lecturer, also known as the biggest arsehole in the world, POINTED AT RANDOM STUDENTS AND ASKED THEM TO REPORT BACK.

“Fuck student loans,” Rebecca told the Tribune, “this shit is the biggest source of stress in my life.”