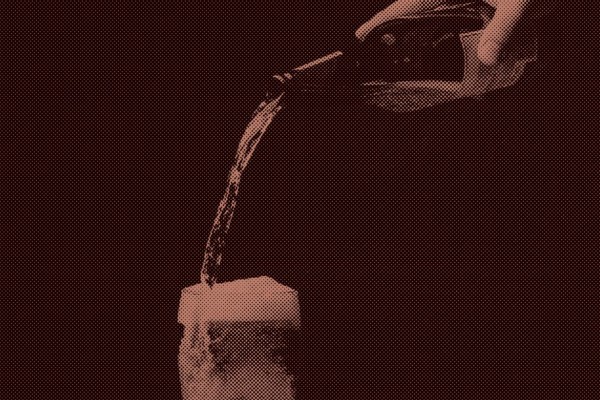 Thinking it’s time you grew up and started appreciating the finer things in life? Swilliam Shakesbeer breaks down how to sneak your way into the world of craft beer.

Craft lagers are bullshit. The only reason they exist is for people that want to seem classy by drinking a craft beer while actually drinking something that tastes exactly the same as a normal lager. Because lagers have so little flavour, they’re actually very difficult to brew. You can’t hide any off flavours behind a mountain of hops. Miller Lite and Coors consistently win best American-style lager at major festivals, because if there’s one thing that the big corporations are good at, it’s consistency. No little brewshop can match that. The best lagers in the country are Steinlager, Heineken, and Asahi, and they’re cheap.

Remember when you started drinking when you were 15 and you really just wanted some Cruisers but felt like you had to drink beers, even though you hated them, because you were peer pressured into the social construct of masculinity? If you just dive straight into a Double IPA or a Saison you’re gonna have a shit time. Pilsners are a gentle first time lover to guide you into the world of craft beer. Here’s the process, which I greatly recommend you follow: Pilsner, Golden Ale, NZ Pale Ale, American Pale Ale, India Pale Ale. After that you can start drinking weird shit like doppelbocks and sour beers.

Some craft beer drinkers refuse to touch mainstream beer because they think they’re too good for it. These people are tossers. A good hearty Speight’s can be a great partner to something crafty. Look, you don’t want to drink 12 craft IPAs in one night – and not because pretty much the only craft IPA to come in a 12 pack is the Boundary Road one, and it’s shit. Consider your first two or three beers a treat, sip on them slow and savour them. After that, switch to something simple and cheap and head over to the pong table to build your head of steam for real.

Look, the dollars per standard on crafty boiz is always gonna suck. Export Gold is $16 for 12, and Emerson’s pilsner is $20 for 6. You can’t compare the two. So don’t. Think about craft beers in the context of pub beers. If you head to the pub and grab a one-litre jug of Tui, you’ll pay something like $11. You can’t afford to get fucked up at those prices, you’re just there to savour a beer after work and yarn with some mates. If you think about craft beer the same way, you can justify picking up something that’s going to work out the same price as that Tui, but way, way better.

‘Craft’ is mostly a meaningless term. Most of the well-known ‘craft’ brands are owned by the two big dogs, Lion and DB. While some people care about independent vs corporate ownership, I don’t. That just means decent beer is getting cheaper. Don’t feel like you have to go for “proper craft” by getting some barrel-aged oyster-infused Belgian sour from Funk Estate that costs $10 a bottle. You can pick up a six-pack of decent bevvies for $12 if you go mainstream-craft. Mac’s Hop Rocker Pilsner is the tits, Monteith’s Pointers Pale Ale is easy-drinking and approachable, Founders’ 1981 Pale Ale, Stoke Nelson Pale Ale, and Boundary Road Flying Fortress and Bouncing Czech are all decent drops. And For something a bit more full on, Mac’s Birthday Suit Double IPA is normally around $12 for a 4-pack, but it’s 8%, so you get 2 beers per beer.

Lastly, there’s no point splashing the dosh you barely have on craft beers if you don’t appreciate them. It’s time to start using that full set of glassware you stole from Starters. Pouring beers into glasses is a better way to savour them. Splashing it against the glass foams it up and releases yummy smells (yes, head is a good thing). Plus you look and feel fancy.