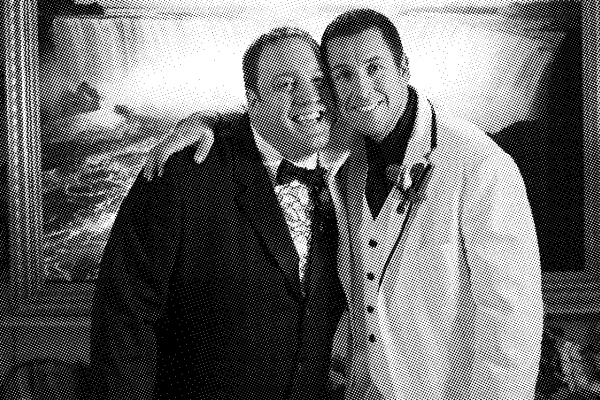 Mr. Sandler, Bring Me A Dream | I Now Pronounce You Chuck and Larry

A weekly review of every single bloody Adam Sandler film

What’s better than this? Guys being dudes. Just two bros’, living their best life, getting married – but no homo though. Basically, Kevin James is in a spot of trouble in terms of pension payments following his wife’s death, and realizes he has no one to take care of his kids if he dies. So, he decides to defraud the government by marrying his best friend Adam Sandler and pretending to be a gay couple. The film then revolves around the two of them trying to “act gayer” while also realizing the stigma associated with being gay.

Now I gotta admit, I didn’t make it through all this film. Mainly because I was really tired and it was very homophobic. Like at the beginning of the film, it played very heavily on stereotypes about gay people, and used a lot of homophobic slurs that are quite offensive. I understand that this was done in the name of showing character development, but there reaches a point where your character development just solidifies and perpetuate harmful stereotypes about minority groups. Don’t even get me started on Rob Schneider being casted to play an Asian man.

Alongside this, Sandler’s character Chuck at the beginning is a chauvinistic ‘play boy’, who literally treats women like objects to appease Sandler’s sexual lust. While it plays well in contrast to Larry (Kevin James), a sweetheart who just cares about his family, the whole premise and handling of the film seems messy. A main punchline seems to be how Larry’s son is quite flamboyant, and how we can all laugh at him because he likes to tap dance and listens to Elton John – which is a bit shit if you ask me.

I dunno man. Like, I try to see the good in everyone, but Adam Sandler is pushing the line. I just don’t feel like this film is necessary. It is literally just a load of stereotypes that we as an audience are meant to be like “haha! That’s so funny because it’s true!” even when it’s not. It’s kinda like Sandler is trying to show how #woke he is through this film, but really, he’s making a fool of himself. Without getting in too deep with my Communications degree, he seems like he’s trying to break stereotypes about gender roles through being a ‘manly man’ but also being gay, which is just a bit whack if you ask me.

Overall, I wouldn’t say this is his worst film I’ve seen so far, but it’s probably at the bottom of the pile. In the words of Adam Sandler himself – this film is “homo-palooza”.