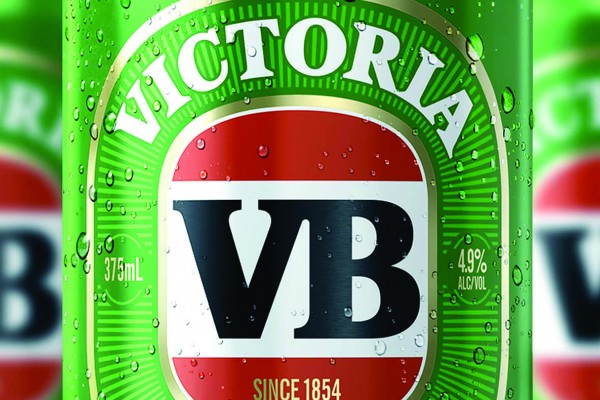 Victoria Bitter is the most embarrassing thing about Australian cricket right now. With all the shenanigans going on, a review of this atrocity seemed appropriate. Watching Davey Warner cry was about as awesome as the first time I got a boner, and twice as satisfying.

Cutting straight to the chase, Victoria Bitter is a fucking rubbish beverage. VB is as poor as an Australian Super Rugby franchise (take your pick, they all suck) and taste as rank as Kurtley Beale’s pedo mo looks. They’re fucking shit. Upon first sip I gagged. The fact is, VBs go down like sandpaper during a test match.

Don’t get me wrong, Australia is a lovely country, sun and beaches and all. It’s just a real shame that it’s full of Australians. This beer is also a real shame: at $12 a pack, they’re worse value for money than an Arts degree. People may try and justify this by pointing out that they are 1.4 standards per can. VBs are consumed by the 385ml vessel, not the traditional 330ml. So, you get one more normal beer per six-pack. That’s still awful value. Doing a night on these will fuck your bank account up like a stingray barb to Steve Irwin’s heart.

As a kiwi, normally admitting to drinking these “beers” would bring me so much shame that I would have to pretend to cry in a press conference so everyone felt sorry for me. But throughout sinking the 12 beers I found myself becoming more and more Australian. Suddenly I found myself thinking that saying the word “cunt” in an exaggerated accent was the height of comedy. I suddenly had strong opinions about people on boats.

And I suddenly found my habit of obeying rules and being a basically decent person going out the window. I’m not saying I’ve never cheated or been unsporting before. I’ve bowled bouncers at my Grandad in BYC for years. But after sinking 10 of these I was hooping the ball round corners and telling Grandad to get ready for a broken fucking arm.

The best thing about VBs is the vessels. The strange stubbie shaped bottles look like John Howard’s penis, and the cans come with the brilliant plastic rings, perfect for destroying barrier reefs and taking revenge on wildlife that killed your national heroes.

Froth level: Somewhere between punching Joe Root in the face and having Sonny Bill fuck your wife in the toilets.