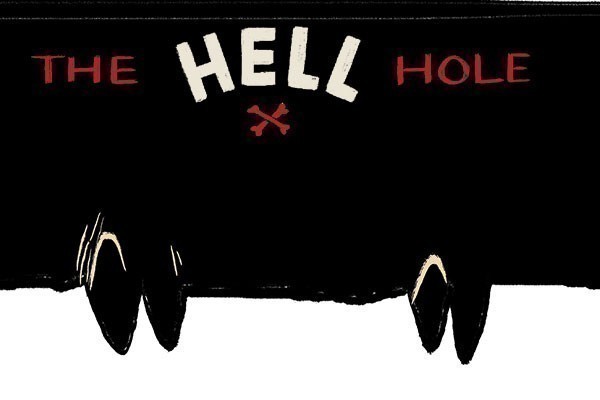 The Hell Hole | The Nightmare

I joined the Young Nats to stop this nightmare. I waved placards at cars, I knocked on doors, I spammed my friends on Facebook until they all blocked me. It wasn’t enough.

The day after the election, Dear Leader Jacinda took her oath of office. The red curtain fell. Taxes were raised to 100%, and we were appointed with state-sanctioned jobs. I was put in charge of replacing all the ‘History’ books with ‘Herstory’ books.

The farmers were rounded up and taken to slaughter in the same trucks as their cows. We were forced into ‘re-education camps’ to teach us the values of feminism. Any straight white male who dared speak out was castrated and given hormone therapy to turn them gay. Gender was obliterated, and all sex was declared to be rape.

We all had to get teeth extensions so that Jacinda would look normal by comparison. The water tax meant that cauliflowers now cost $17 a piece, and with my new teeth it only takes me two bites to finish one.

The housing crisis came to an end after they bulldozed all the houses and made us all live in canvas shacks. Then we were all equal. The Chinese were rounded up and sent out to sea in a rickety dinghy. Every time I farted I had to give the government 10% of my weekly paycheck, and they gave it all to a Māori.

The rivers were swimmable, but only for a short while. The water tax meant that each shower cost more than I made in a month. The only way to wash was the rivers, and they soon became steeped in the rancid odour of B.O.

When we reach the age of 50 we will be ‘voluntarily’ euthanised. Every night I pray in my dreams to the spirit of the late great John Key. I pray to be saved from this hellhole by the sweet, sweet invisible hand of the free market.