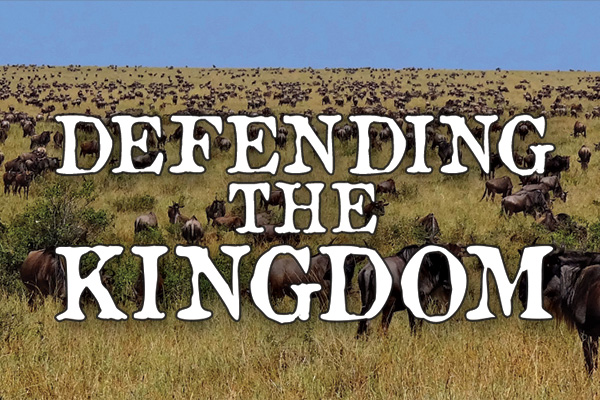 An introduction to speciesism

Most readers will agree that sexism and racism are bad things, and that there are no tangible differences within the human species. But how would you react if I told you that there are no tangible differences between humans and the entire animal kingdom? I think most readers would consider this outrageous. However, history can be telling. Advocates against speciesism argue that our treatment of non-human animals is no different to how powerful human groups treated other humans throughout history. If during US slavery I walked into a plantation and exclaimed that human races are equal or, prior to suffrage, I treated woman as equals, I would have been met with contempt and outrage. While I understand that the concept of animals as equals is radical to many, I would like to offer this article as food for thought (no pun intended).

“Speciesism,” widely defined, is the unequal treatment of an individual purely due to their species. More specifically, the Oxford Dictionary defines it as “the assumption of human superiority leading to the exploitation of animals.” This assumption is well rooted in our psyche. In the fourth century BCE, Aristotle spoke of how non-human animals exist for human use, and to an extent this view remains pervasive today. This impression is based on the idea that intelligence is the ultimate mark of a living being’s worth. Monkeys are smart so eating them is abominable, yet sheep are stupid so killing roughly 25 million a year in NZ is okay. This is clearly anthropocentric because, while humans developed intelligence, other animals developed different traits to cope with their environment. The cheetah developed speed, the turtle its shell and the dog its sense of smell. The only test that awards intelligence as the best trait is human made, and is thus biased.

Advocates for an end to speciesism do not hope for a world where human and pig can go to a bar together and share a beer. What they strive for is that the automatic assumption that non-human animal interests are below those of humans should end. Because all animals are cognisant and able to feel pain, they inherently have interests of their own that deserve to be respected. These are likely to be distinct from humans, because a cow has no use for a right to vote. However, rights that encompass all the animal kingdom could include freedom of movement, freedom of natural behaviour, and freedom from pain and suffering. Currently, these basic freedoms are infringed upon by humans without a second thought. Trivial human interests, such as entertainment, are placed above fundamental animal interests, such as freedom of movement – as found in zoos and circuses. The only explanation that could be given for this is that “the animals aren’t human, so this treatment is fine.” This is clear speciesism.

Speciesism is a complex and heavily debated issue, but I hope this provides you with an introduction to this oft-forgotten rights issue. In contrast to those affected by racism and sexism, non-human animals are unable to advance their own cause. Changing human perception of non-human animals must happen from the inside over time.
This article first appeared in Issue 11, 2014.
Posted 3:11pm Sunday 11th May 2014 by Alex Carroll.