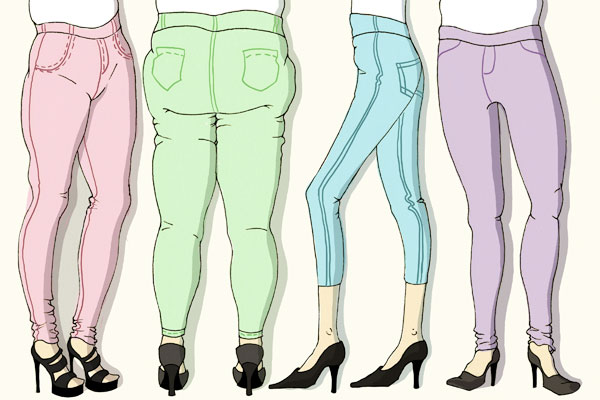 “No Fringe, No Indie” aims to sketch the trials and tribulations of different sub-cultures at Otago University. This week, ladies and gentlemen, we are going to look at that strange breed that generally congregates around the Sale/Black House, otherwise known as the “Heavy Metaller”.

Destroying the ears of our youth since the 1970s, heavy metal “thunderstruck” the world in both a literal, physical, spiritual and emotional sense. According to Ian Chapman of the Music Department, “four of the most common heavy metal signifiers [include] gothic horror, war, sex and science fiction.” He also suggests that “sadism and masochism” feature in their attire, but combined with sexual androgyny - let’s not go there this week. Traditional black and/or semi nudity is often the flavour of choice. So too are ripped jeans, or biker regalia – (any affiliation with an actual motorcycle is not necessary). Hair must also be emphasized; the more, the better to “rage” with. Warning: Struggling musicians naturally don’t prioritise hygiene or clothing – this of course is reserved for ‘emos’. Instead, music (at the highest volume possible) is at the core of these lovelies.

At first, I deliberated whether to promote a “sugar cookie” recipe in the shape of say, a headless bat – it would certainly be more politically correct than eating a live bat and less offensive than that insufferable heavy metal byproduct, Kelly Osbourne. However, best to avoid such scathing Black Sabbath references – what a “sell out” that would be. Instead this week’s crafty creation shall involve physical activity, or more specifically, how to survive a heavy metal concert.

1 Complete exercises for perfecting one’s “moshing” technique. Use this time productively – bounce that head from side to side while cleaning; for example, a vacuum is a great guitar substitute.

2 Stamina, pace and endurance is sometimes required for a typical “circle of death”. Ergo, taking up casual jogging and other quad-improving exercises such as wall-sits and squats might prove useful.

3 As for the concert itself, God have mercy on those poor individuals who happen to get swept up in the madness. If a circle of death comes your way, jut out those arms like a chicken, raise your feet and pray the tide of sweaty heathens leads you to safety. The more densely populated the moshpit the better – preferably avoid the jugular and/or ribs, if possible. You might get done for assault.

4 Finally, violent headbanging often induces a stiff neck. As a precautionary measure, keep a wee bottle of “Deep Heat” in one’s leather jacket pocket. Either that, or perhaps invest a little time to perfect neck massage exercises. This might also help you in the romance department.

NO FRINGE, NO INDIE.