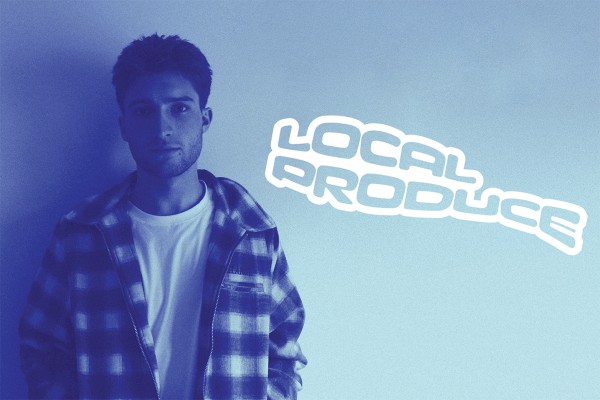 Ollie Whiley, under the alias ‘Swarles’, is breaking on to the Dunedin scene with music that captures moments of heartbreak, lust, and ecstasy. Critic Te Arohi caught up with Ollie to chat about his freshly released self-titled EP, the spectrum of genres that influence his sound, and his journey as a bedroom-based soloist.

Ollie has a deep love for music, with influences coming from a spectrum of genres. “The influences that show up the most in my music would be the likes of Tame Impala, MGMT, Pond, Steve Lacy and the Gorillaz. If we’re speaking about lyrical inspiration, I can’t ignore Father John Misty, The Weeknd, and The Smiths - they don’t think twice about the lyrics they write and I find that super liberating.”

Ollie makes music for all moods, but still finds ways to get people up and dancing, because “nothing beats seeing people dance to your own music.” Ollie’s song-writing motivations stem from whatever he is feeling at the time, “which is often a fairly emotional place.”  Ollie hopes that his vulnerability can be relatable for his listeners. “If they just feel something then that’s all that matters, I feel the roller-coaster of emotions portrayed in the EP is something everyone can relate to at this age, especially a student living in Dunedin.”

Privileged Poverty, one of the EP’s stand-out tracks, is a tune that directly relates to the student experience. The juxtaposed title is a commentary on his own experiences as a second year. Ollie told us that “the song is about living in shit, especially when you could be living a lot nicer, it follows someone who falls  in and out of love with the dusty lifestyle.”

The name ‘Swarles’ hails from an episode of How I Met Your Mother where one of the main characters gets nicknamed ‘Swarles Barkely’. Ollie says that “my flat mates and I watched that episode back in first year and none of us can remember why but it really stuck as a nickname at the time. When I released my first single last year I had a list of names I was tossing up between but nothing seemed more authentic to me than what my flatties called me so I just let my nickname extend to my stage name.”

The step of releasing music as a solo artist was a daunting task for Ollie, as it came with a wave of uncertainty. “I wasn’t sure how the release of my first single On The Floor was going to go, but taking this leap of faith and believing in myself to share my music was a big deal for me. I had been making songs for a couple years at the time but my perfectionist-self kept me from releasing anything. The summer I started making music again definitely changed that, and I realised I had nothing to lose and all to gain.” This creative momentum continued into 2022 with the polishing of 6 songs for his new EP.

Swarles’ EP is available now to stream on all streaming services, and you can follow @swarles.music on Instagram.