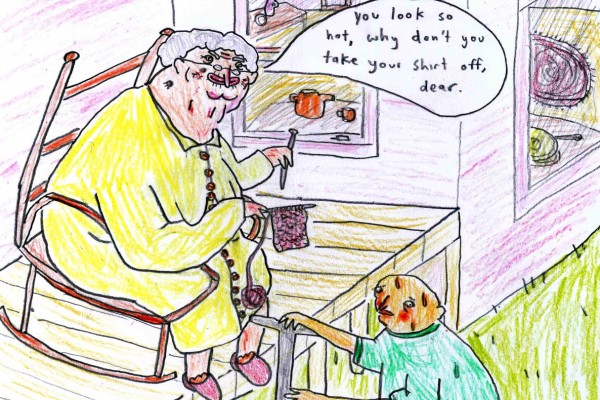 Working in the Sun: Top Jobs to Get Cause Rent’s Still Due in January.

Well guys, the time has come. University is drawing to a close, the weather’s getting warmer, Bunnings have put up the inflatable Santa. Summer is upon us. Everyone loves summer. You can go swimming in a lake, listen to Bat Fangs single “Boy of Summer”, have a long walk through the bush, or even light a bonfire at the beach that then causes a massive scrub fire resulting in $5 million worth of property damage. It’s a great time.

You’re living the high life. You go into Macca’s to buy a large frozen coke. Then wah wah, your card declines for $1. For the rest of the summer poverty consumes you, and it’s only November 9. You have to sell off your possessions. You try to make a sandwich, but you pawned your bread. There are two options: enrol in Summer School and get that debt, or get a summer job.

According to official Critic statistics provided by students in a google form 48.7% of students have not yet got a job for the summer yet have apparently applied for one. However, 40% of students have a job locked in and ready to go and 2.6% have a student internship. 5.1% of students are still doing interviews but believe that they’ll be able to acquire a position. Unfortunately 2.6% of students have sold their soul to Summer School in order to “get that debt”.

Most students aren’t even hoping for much money this summer. The majority of students are thinking minimum wage or $300 to $400 a week. To these people I say, yeah that’s fair. One student was hoping they’d get $2000 a week, to that person I say, “woah calm it down”, and also, “you’re worth it Queen”.

The best place to find a job, according to half of those I talked to is Student Job Search (Student Job Search, the best place for students to search for jobs). SJS is a service that the OUSA contributes financially to, so we should all use the service more. The most popular jobs that students want according to Student Job Search are jobs with flexible hours and good pay. The most listed jobs on SJS are hospitality, tourism, and retail jobs. Unfortunately due to Covid-19 tourism jobs have seen a decrease in availability and have been replaced with agricultural jobs.

One student I talked to, Jeremy, said that he had used Student Job Search last year and had been unable to procure employment. However, this year when he went on SJS he was able to procure good paying part time work for the summer, saying there were even “way more jobs up” than in 2019. He applied for three and was offered one, “So now I’m gonna be selling computers on Boxing Day”.

Another student, Samantha, had a similar experience. “I’ve tried to get a studentship but haven’t. So now I’m looking for jobs on the internet. I’ve got five job interviews this weekend at a bunch of restaurants so hopefully I’ll get one”.

One very attractive student I talked to, Jack (me), said that “Yeah, I went on Job Search and they had a bunch of fruit picking jobs available. I thought to myself ‘I could do that’ so I applied for like eight jobs, maybe more, and I got offered all of them”.

So what then are the best jobs to have this summer? Well I have compiled a comprehensive list of some of the jobs listed on Student Job Search and how I, and others, would rank them.

8) Odd jobs at your relative’s work: You’d be surprised how many students actually eat with a job like this. Apparently, the story goes that if your parents complain enough about you planning on living on their couch all summer, that some relation will offer you some pointless minimum wage job (or even an unpaid one, yay) in the basement of their office or workshop, doing whatever the hell. What does this job entail? You could be doing it for weeks or you could be doing it for like three days. One person I talked to said he was hired by a family friend as a receptionist yet he got made redundant after three hours. Another student said that they worked for free at a family friend’s law firm and spent most of her time picking out the staples from documents so that she could then scan and digitize old files. Incredible.

I cannot recommend this as a job. Seeing that much of your family/parents’ friends is unhealthy. (I love you Mum and Dad please don’t kick me out).

Stress: Having your mum yell at you for filling incorrectly.

Wishing you were at the swimming dam instead: Dear God I wish I was with my friends instead of Gary from HR.

7) Fast food worker: Aight I did this job for like two days once, it wasn’t fun. First of all, the summer time is usually warm and working in

Working conditions: Chips that were cooked two hours ago.

Chance of putting on a few pounds: How one of those fancy chicken burgers taste at three in the morning.

The jokes your friends make: “Yeah can I have a uh… beez churger.”

6) A sometime-gardener: Okay apart from sounding like a literary reference, this is a job that needs doing over the summer. Currently there are like five casual jobs available in Dunedin listed on Student Job Search. Now this might not be the worst job in the world. You’d get out in the sun, be able to work out, maybe meet some attractive older people. The students I talked to who have experience in this line of work had mixed feelings about the hours they got. One said he was inundated with meaningless greenfinger tasks. Another said he did a grand total of three gardens in the month of January. Also, I hate to say it, but the work that a sometime gardener has to do is a bit bizarre. One minute you’re cutting down trees, the next you’re watering cacti, the next you’re digging a trench. If you like spontaneity, this is the job for you. One person said “I once had to water a garden. That’s fair enough. Except for the part where it was a rock garden.”

Hours: Who knows out of however many.

Sexiness: “It’s so hot” out of “why don’t you take your shirt off”?

Job satisfaction: Like when you go on a mediocre road trip after a month of romanticized planning of said trip.

5) Sex work: If you want to do something completely different than the standard manual labour jobs over the summer, you can always turn to the oldest form of manual labour. I’m sure this work has its ups and downs. Ha. The work encapsulates many things, from cam work, to in-person stuff. And hey, contrary to common belief, fellas you can get in on the action too. The pay is apparently very good with hourly rates of up to $200. However, two thirds of the people I talked to about this job described a lot of the work as completely dehumanizing. Not even dehumanizing to themselves personally, but as in it made them see the opposite sex very differently. One girl who did enjoy it enough to do it for three months straight said that sex work gave her “a newfound sense of confidence and enabled me, for the first time, to set and enforce clear boundaries with men”.

Hours: There are hours.

Pay: You definitely get paid.

Work conditions: Getting better all the time it sounds like.

4) Drug dealing: This is a high risk, high reward sort of a job. On the one hand, there’s a lot of money to be made out of selling fake molly to 19-year-olds at music festivals. On the other hand, you’re dealing with organised crime. I spoke to my drug dealer friend about it and she said she made $3,000 at a new years music fest. Unfortunately, she was telling me this while incarcerated in Arohata Prison. Again, high risk, high reward.

3) Shop assistant: If you’ve ever seen those people selling you stuff at Christmas time and thought “hey, that would be fun” well now’s your chance to do it. There are a tonne of different retail jobs you could have, from working at a clothes store to working at a music store to working at a technology store. Over Christmas you’ll probably get heaps of work which is always good for your wallet (and you’ll be too busy to spend any of it), and you’ll meet just a bunch of swell people buying absolutely pointless things. I mean, Jesus, we’re in the middle of a recession and a climate crisis, why do you need a smoothie maker? And why are you being such a jerk about the fricking paywave? Pay in cash, asshole. One person I talked to said “Yeah I really hated the job most of the time but damn the pay was good. I was getting commission! 12 percent motherfucker.” Another downside of this job is that you have to stand for such long periods of time. My feet get sore easily. A friend who used to work for Lush said that although the store absolutely slaughtered her sense of smell, that employees got 50% off all products, so I’d recommend you apply for that job if it comes up.

Song stuck in your head: All I Want for Christmas or Snoopy’s Christmas

Cons: Dealing with people and money. It’s a recipe for disaster.

2) Fruit picking: Essentially the job’s like going camping in Central Otago except you don’t know the people camping with you, and instead of going kayaking or abseiling you’re picking cherries and peaches. According to Radio One’s Tom Tremewan, “fruit picking really is the dream”. I’m told this is the closest type of work to going on holiday, so if you want to have a break from the harsh realities of the world, this is totally the job for you. The pay’s okay with the apparent ability to get bonuses. Your housing is often supplied by the company and you get to be out in the sun all day in the most scenic parts of the country, and probably even the world. Again, it’s like camping! What could be better? The work is often labour intensive but I mean you don’t have to be here. Also ladders! I love climbing ladders and you get to do it.

Hours: As many as you want.

Perks: You can eat the fruit whenever and wherever. No one can hurt you here. No one can make you feel scared. The orchard’s just fine.

Have I been inducted into a cult? Sorry, but your bonuses have been taken away due to you asking this question.

1) Being rich and not needing a job: Well guys I said I was gonna rank them. So this one’s number one. Look, this is everyone’s dream. None of us actually want to work over the summer if we could avoid it. So how ‘bout you just don’t? You’ve got access to a trust fund, treat yourself. Go to one of New Zealand’s islands and pretend it’s Tahiti, bring your friends. Hire a yacht, drink champagne. Vote National, be a piece of shit. This is what your grandfather worked for.

Hours: “Wow the wait staff are so friendly.”

Pay: “Do these Ralph Lauren shoes make me look poor?”

Downsides: I’m going to personally eat you when the revolution takes place.

Well there we go, the top eight jobs. The question now is, which job are you going to apply for? Probably all of them and just see what you get. Everybody’s unemployed at the moment so I mean chances are you won’t even get a job.