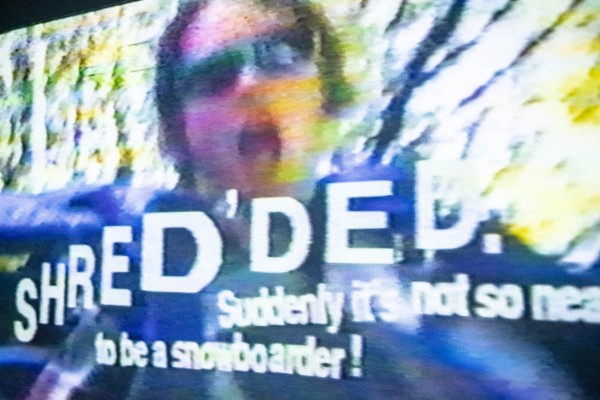 The Mothras: a Review of OUSA’s Long Lost Film Festival

Back in the good old days, OUSA held an annual student film festival called the Mothras. It was created by student Stephen Hall-Jones in ‘91 and lasted a whole two decades before being ruthlessly taken from us for being too expensive and timely to produce. R.I.P.  Originally sponsored by a local video camera outlet, DTR, groups of students from different academic backgrounds would come together with their mates to create short films in hopes to win a prize, but also to have really good time. The films took anywhere from a day to weeks to film, depending on how technical they were. As for cost, they ranged from “nothing to quite fancy productions”, with awards (“Freds” as they were called, like “Oscars”, but better) being given to both the best B-grade, cheaply made humourous production, all the way through to the more high tech ones.

After hearing all these myths and legends, I decided to put my time and film degree to use and view these suckers. Critic got access to a few of the different years’ worth of films, but got so lost in 1995 that there wasn’t enough time to check out the others. In all honesty, my expectations were low. But boy, was I wrong.

The first film was genuinely the most disturbing and confronting thing I’ve seen in my entire life. The opening scene was some disheveled, dreadlocked man quite literally cutting off some poor dead guy’s dick. The blood splattering and inaudible screams still haunt me to this very day. I wasn’t too sure if this had some kind of metaphorical meaning, or if it was just some sick and twisted joke. To make matters worse it was set on St Clair beach, so now that’s tainted for me. Surely enough, a title then ran across the screen that read “Vaseline Warriors II”. It was clearly a sequel to some other long lost Mothra, which I never found, but it was probably just as disturbing. In all honesty, I never really grasped what the plot was. It was some weird mish mash between Mad Max and Lord of the Flies, only instead of searching for water, it was beer, and instead of cannibalism, it was violent circumcision. Despite mentally scarring me for the next few years, this film gets a solid 10/10 for its costume and design. Every single cast member was decked out in a unique dystopian sci-fi get up. There was also an inclusion of modern day objects, with the characters battling it out for an always trusty Heineken. There was also a shot of a girl falling down a cliff with no CGI. She may have broken a leg or two, but it sure did look cool. If I was to compare this film to a real life example, I would say it strongly resembled The Bog at 4am, when it’s just the seedy guys left, fighting for one last pint.

The second film, titled ‘Sinking Piss’ was also pure cinematic magic. The plotline was simple, as it followed a young female bartender looking after a seedy old patron, a tale we know all too well. The lighting was just stunning, the soft red tones really set the mood, you felt as though you were also in the bar. At one point, the seedy man at the bar started smoking a ciggy. I could feel the nicotine through the screen, after a moment Critic Editor Sinead turned to me and said “this makes me want a ciggy”. Same sister, same. All in all, the film seemed to remain stagnant as it was just the bartender serving the loser boomer, but then, the plot twisted. Turns out it was titled ‘Sinking Piss’ because with every glass the man drank, the girl pissed in the glass behind the bar. God, that twist really sent me over the edge.

‘Egg’ was the third film on the reel, and yes, it was quite literally about an egg. The plot followed an egg, which escaped its carton. The main protagonist then had to run all around town to find it, but along the way, he stepped on the egg, shattering it into a million pieces. This film was clearly metaphorical, and really stimulated some existential thoughts. Was the egg a metaphor for chasing one’s dreams as they get away? A love that got away? Or perhaps it represented growing up and the transition to adulthood? These questions, we may never have the answers to.

Rubber Ducky Man in a Number from Outer Space

In a word: Splendid. I’d go as far as to say that the Avengers have stolen most of their plots from the plot of this film. It began with a cool rocket ship flying through the scenes of Dunedin. The passenger? A chicken wing. Throughout the film, a news channel is covering mysterious murders that have been taking place throughout the city (spoiler: it’s the chicken). I’m guessing that the chicken wing’s presence on earth awakens something evil in the other chickens because there is a scene where a whole ass bag of frozen chicken murders a student and hobbles away. More interesting than the chicken murderer is the fact that the guy who died was quite possibly Otago’s first ever breatha. He had the cap, the sweats and the half assed mullet to top it all off. Guess this guy is to blame for the degeneracy of our culture. He also lived in a flat that looked identical to any shithole on Castle, which is a great cause for concern and demonstrated why we’re gonna leave this shit hole with a million diseases.

Eventually, for some reason, the movie cuts to plush toy versions of Sesame Street’s Bert and Ernie hitting a joint. Separately, they embark on a vigilante mission to fight this chicken while wearing masks. At one point they come together in their fight but don’t recognise each other. Incredible. This half of the movie felt like it took forever and mostly was scenes of Ernie riding a rubber duck down the streets (oh, he is who the name of the movie is named after, by the way).

Take 7 was the final film of the evening. I’m still trying to work out what the plot was. The film seemed to follow a variety of characters who all recreated spoofs of classic New Zealand media outlets. There was a budget Fair Go, a nod to NewsTalk ZB before Mike Hosking fucked it up, and even Wild South - if anyone even remembers that station. When it came to Fair Go, I’m pretty sure fake Peter and Wendy were hunting down Steven the speed dealer, who got into fights with TV presenters and radidiated an extreme amount of big dick energy. This film really showed how long ago the Mothras were, as it referenced a drinking age of 20 (diabolical) and the desks which were used in the film are literally the exact same ones which sit in St David's Lecture Theatre to this day. There was even a scene of a reporter confronting a very unhappy Stephen Hall-Jones, but turns out that this Stephen was an IMPOSTER, as the real Stephen insisted to Critic that he’d never acted in a Mothra, as he was an organiser and judge and that’d be improper.

Stephen said that one of the most valuable aspects of the Mothras was the nostalgia factor, to show your children what you got up to at uni, decades later. Most of the films from ‘92 until ‘02 can be accessed in the library on VHS, and is definitely worth checking out if you have a few hours to kill - especially if your parents were at Otago Uni during that time.