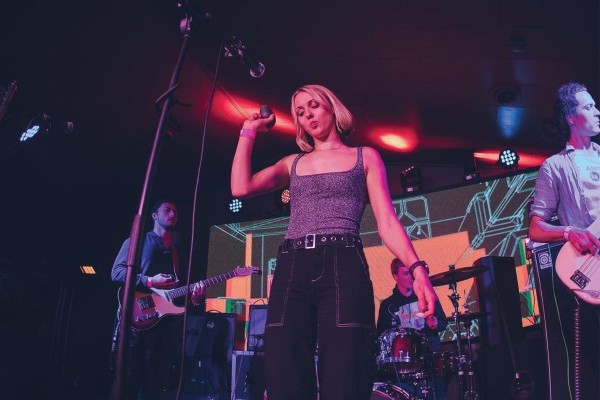 The Downfall of Drum and Bass: The Dunedin Musicians Who are Reinvigorating the Dunedin Sound

There are many sounds which come to mind when one thinks of Dunedin. The sound of students screaming at flat parties, the wrath of an evil seagull on the hunt for his perfect French fry, the shattering of glass bottles, the static of a lecturer’s microphone, and perhaps most infamously, the sound of uncontrollable drum and bass. But, believe it or not, there are in fact many other sounds in Dunedin. Very cool sounds. For decades, Dunedin has been known for its sound and the music that has come out of this small, freezing cold seaside town. Most recently, Dunedin students have replaced the homegrown surf rock with imported drum and bass. But despite this, emerging artists are working to reshape and reinvigorate the Dunedin sound. They want to introduce hip hop, RnB, blues and bring back alternative rock. The faces behind these sounds are Otago students, who, alongside studying, work day in and day out to create and produce the music which will shape both the present and future of Dunedin, leaving an important mark on this city and those who live here. Those artists include the blues and soul musician Oscar Ladell, a pop-inspired singer songerwriter Mia Jay, RnB artists TJ Zee and Nico Rodrigo, hip hop artists Eshi Avizodn and TiMMy, and the drummer of alternative rock bands Juno Is and Man Ray, Sebastian Rice Walsh.

Although the style and genres of these artists are very different, there is one invisible string which ties them all together - and it isn’t just that they aren’t drum and bass artists. Before playing gigs, releasing EPs and making their mark on the Dunedin scene, they were all once just teenagers in the bedrooms of their respective hometowns who had a curiosity for music.

“I’m from Dunedin, so I couldn’t help but be a Dunedin musician,” said Oscar LaDell. “I started playing music with my dad when I was 15, busking at the Farmer’s Market. I then started a band with friends.” From then on, he would book and play his own gigs around Dunedin and the rest of the South Island. Mia Sohnge, better known by her stage name Mia Jay, shared a similar story. She had been playing gigs back in Hawke’s Bay “all the time … I found it natural. I just emailed everyone who had a venue to let me perform. I started playing cheap gigs, but I’ve worked my way up and have a following now.” On the other hand, hip hop artist Timothy Kahwema, stage name TiMMy, started out in the Dunedin scene by posting videos on Instagram to build a following. Same goes for rapper Eshi Avizodn, who began distributing his music and sharing it on platforms such as YouTube to gain a following after moving to Dunedin from Australia.

Although these artists have been successful in their respective musical journeys, there has been no shortage of challenges and struggles when it comes to working in the industry. With a heavy reliance on Dunedin’s gig culture to promote music and build fan bases in an already competitive field, it can become even more difficult when it comes to playing genres which aren’t as predominant as the likes of drum and bass. So, what do these artists make of it? “I feel like you have to fit into this mould of what the Dunedin scene is supposed to be,” said Mia. “People are scared [if you play something different] because otherwise people won’t go to gigs. We aren’t getting any more variety. But if you go outside the box, who’s going to come to your gigs? I feel pressure to please people, and that can affect song writing and putting yourself out there.” Nico Rodrigo described his RnB style as being influenced by a bit of ‘sad boi pop’: “With my music, I’m a bit scared as I’m very mellow”. When playing at events such as Pint Night, he often finds himself wondering “people have come out for Pint Night, and you think … do they just want straight DnB?”

The dominance of drum and bass reverberates for the others as well. RnB singer TJ Zee, better known by his stage name ZExII, said that in terms of the hip hop and RnB scene, “it’s been very hard to get people to come through. People weren’t aware we were doing it, as we had DnB DJ’s opening up for us.” After deciding to focus on promoting his particular style, he said that “people have been coming to our shows. Everyone I seem to talk to is like ‘I hate DnB, I’m sick of it’. I’m trying to give people a break from that”. TiMMy said that “the market isn’t that big for hip hop, I feel like there is a gap, people get tired of things like DnB. We have to convince people that hip hop is cool and interesting.” Sebastian pointed out that it’s not the popularity or saturation of DnB itself which makes the Dunedin scene hard to push through, but much rather a binary of genres. “I disagree with DnB having a stranglehold over Dunedin. There’s more of a binary between surf rock and DnB, they are the two kingpins of Dunedin. It does suck, the binary, everyone who has an interest has to decide where they fit into. There's a serious lack of diversity.” In terms of his own music, Oscar said that “maybe if I had thought about it before I started a band and picked popular music I might’ve quickly gained a following of people”. Though he added that everyone has their preferences, and that doesn’t mean that blues and soul was an “unpopular” one.

There also seems to be a certain set of stereotypes which surround students and the type of music that they listen to. Oscar believes that students are an eclectic age group, even though we tend towards particular genres. He said that sometimes when he performs gigs “older people would come up to me at bars and say ‘what’s it like playing real music?’ I just want to say ‘just because I play music that was popular years ago, it doesn’t mean I think poorly of modern music’. A lot of the time people have these canned opinions about pop music. I don’t play old fashioned music because I think it’s real, or better than any other music, I just play the music I like.”

Another issue artists have found is that venues want to book gigs that they know will sell, and since DnB is considered easy and popular, it’s the go-to. Gigging is a critical part to sharing music and generating a fan base, but it can only happen with adequate venues, open audiences, and representation in all forms. “Dunedin has a lack of venues. I feel like if a few more small places popped up then it would give space for different, niche gigs,” said Mia. “It’s dumb we have to fucking wait in hour long lines, it’s a testament that there’s nowhere else to go. Back in the Dunedin sound era, there were so many venues, it would be so cool to return to a scene like that,” said Sebastian. He also argued that “we need more boundary pushes” when it comes to genres. Oscar said “I would like to see more diversity in those who are successful and getting gigs. You look at the gig guide, and it’s just white dudes. The disparity when you look at who is getting paid gigs is ridiculous. It’s a shame there’s so many talented people who feel like the scene isn’t for them.”

The good news is things seem to be changing in the Dunedin scene, perhaps to the credit of these artists, who all have hope and aspirations for the future of Dunedin music. “When we performed at Pint Night, people said they never saw one that big, it wasn’t just another doof. We have the ball rolling,” said TJ. “I want Dunedin to be the next Toronto or Atlanta, I want it to be worldwide. We can get that platform to make Dunedin come up, and for everyone to benefit.” TiMMy urged the importance of creating our own style, and not following the crowd. “We get so good at imitating we forget to create our own thing, we can often be one or two steps behind. But we need to push our own style. As much as people are into DnB, they are willing to hear other stuff if you present something new to them”. Oscar said that “we don’t need to have an argument of what genre is better, because it’s better for everyone if both are available. Just put your genre out there, people will dig it. I’d love to see more genres of music being played in Dunedin.” He further explained that “people have this impression that if you go out and play something which isn’t popular then people will think it’s terrible, but I just don’t think that’s true.”

Mia also pointed out that in order to change the scene we need more originality, and to be less fearful about straying away from what’s considered popular. “We need some more originality, we just cater to the vast majority, but it won’t change until peoples’ wants change.” She further explained it can be a hard scene for women to get involved with, due to lack of representation and visibility. “The problem is a lot of the talented female musicians don’t fit into these categories,” especially for singer songwriters who are often just subjected to being “background music in bars” rather than their own solo acts.