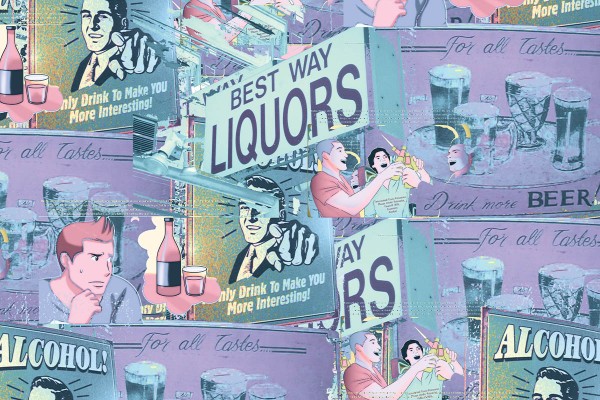 “Drinking had taken a depressing toll on my mental health,” said Sushanth.

It’s a familiar story. Drinking has become so normalised in Aotearoa that sinking a few beersies with the mates is often the default mode of socialising. Although there can be nothing wrong with heading to the pub after work, sometimes a quiet one can turn into two, and then three, and then suddenly you’re blacked out in front of the George St Maccas, four hours before an 8am lecture the next day. It doesn’t have to be this dramatic either; sometimes you simply don’t feel like drinking, yet saying no takes a toll on your social life, and suddenly you haven’t seen your friends in weeks.

Dry July is one of the most visible nation-wide campaigns to counter New Zealand’s pervasive drinking culture. People can sign up to the campaign officially and raise money with the support of family and friends; some do it unofficially, as a private challenge to themselves.

Overall the 2020 campaign raised just under a million dollars and had 7,618 registered participants. Of that number, at least five were students at Otago – Harri, Sushanth, Shannon, Indie* and Pippa*. Critic spoke to them about why they gave the challenge a go, how it went (or why they failed), and what they think about New Zealand’s drinking culture at large.

Harri participated in the Dry July campaign to raise funds for cancer along with a mate, which meant that “us bitching out of it wasn’t an option”. Other participants, like Sushanth, Shannon, Indie* and Pippa* participated for personal reasons, such as mental health or supporting a friend through sobriety.

Participating in Dry July wasn’t always straightforward, as our participants found. One of the biggest roadblocks they encountered was peer pressure. Although Harri, Shannon and Indie managed to stay sober throughout July, Sushanth and Pippa ended up drinking again near the end during social events – they cited the pressure of drinking on a night out as reasons to quit Dry July. Sushanth said that “it felt punishing not to consume copious amounts of alcohol” for events like “my flatmate’s 21st, a DnB gig and going out to town, all of which I thought I could totally endure sober”.

Pippa had a similar reason for drinking towards the end of Dry July: “I did end up pretty much quitting towards the end, mainly because the whole experience was depressing,” as being sober at parties made her feel “socially inept”.

Even though Harri, Shannon and Indie stayed sober through July, all of them said that they had encountered peer pressure during their experience. Indie noted that “there’s been a few people who have given me a hard time… [but] those people have left me to it once I gave them a reason, which is lame because I shouldn’t need one.”  Shannon noted that “Despite the fact that all of my friends know I'm doing this, I still get asked multiple times in a night by numerous people if I am having another drink.” Harri found that it was “best not to tell people you [aren’t] drinking, otherwise people tend to be less likely to have a proper yarn [or] they’ll treat you differently.”

Many participants felt that being sober highlighted the amount of socialising they did that revolved around drinking. Indie said that she was surprised by “how often casual drinking came up as a way to socialise, which in a given week could be almost every day”. Similarly, Pippa noted that “90% of the time being around new people involves drinking for me, and being sober in those situations made me realise how bad I still am at being friendly and sociable.”

However, being sober for a month was a valuable learning experience for many of the participants. Since giving up Dry July, Sushanth said that “I’ve been drinking on the weekends since and it’s actually pretty [alright],” as he’s managed to moderate his drinking with the experience. He does feel that participating in Dry July has made him realise that “I need to have fun without any intoxication to develop a healthy relationship with booze”. Pippa feels much the same, stating that although going sober has highlighted her social anxiety, she’s realised that “experiencing this has given me some clarity” around the ways that she socialises with new people, especially since her regular friend group is leaving at the end of the year. Although difficult, Pippa believes that going sober has “allowed me a bit of time to try and change my ways before I backslide [into my old drinking habits]”. Overall, the experience has taught Pippa that she needs “to work on my social confidence and being friendly. I can't rely on having alcohol at hand to help me make friends and talk to people.” Conversely, Shannon simply wanted to “prove [to] myself that I could do it,” and has enjoyed the experience so much that “I’m considering doing a second month this year because I’ve really enjoyed not being hungover”. Harri wanted to “force myself not to drink when everyone else is, [to] get on top of a long running habit,” and learned that “it is possible to say no to a drink and [that] being sober isn’t as shit as I thought. I don’t even miss getting fucked.”

Participants had mixed feelings about future participation in Dry July. Harri said that he was “definitely glad [that] we’re almost at the end of this cunt of a month,” and Indie said that she would “definitely do it again [as] it was nice to take a step back from everything and take stock on what I do [and] don’t enjoy”.

Although a daunting prospect, these students have shown that participating in Dry July can be hugely beneficial for personal growth, and friends and family are mostly supportive, with Indie saying that “my friends have started policing themselves on offering [or] buying me drinks”. It also felt like an achievement for some students, with Shannon stating that she wasn’t sure if any of her friends “could believe that I’ve made it this far”.

Tackling social drinking in New Zealand is an ongoing and topical issue, and campaigns like Dry July have simply highlighted the need for more action. Although going sober can seem like drastic action, these students have proved that mostly it’s not a big deal, and can lead to beneficial personal and social outcomes.

If you would like to seek guidance or help regarding drinking, you can reach out to Student Health, OUSA Student Support or call the Alcohol Drug Helpline at 0800 787 797.