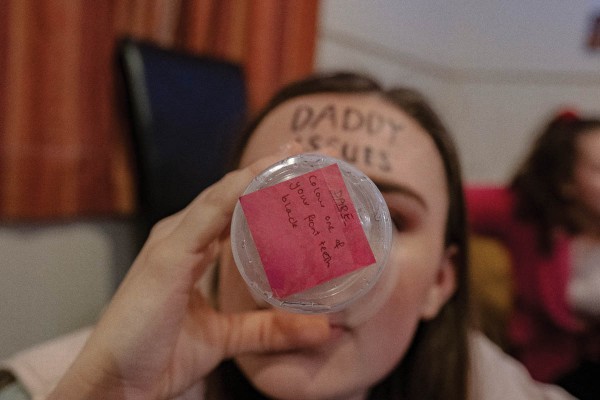 A red card is a sacred institution, a legacy bestowed to us from our ancestors. Much like oral sex, it’s a delight, but only if you know what you’re doing. There are rules you must follow - both as giver and receiver - to ensure that everyone has a good time. No one likes too much teeth, and no one likes the guy that bails. Once you’ve been invited to the red card, there is no escape. Once you have arrived at the destination, you have to complete the red card’s mission before you can even think about leaving. These are hallowed grounds you’re walking on.

Red cards entered the psyche of Scarfies in about 2004, and became a staple of Otago party culture by 2006. An anonymous OUSA employee said that as an Otago student in 2007, he and his mates had a red card that sent them to Australia. No matter how wild or basic the theme, there is no denying that red cards are incredibly formative to the flatting and party experience of young Otago Uni students.

According to Critic’s survey of 100-something students, most students learn about red cards in first year (44.3%), but won’t attend one until they have left their hall or parents’ house and headed to Studentville. Meanwhile, 4.3% of respondents have no idea what the fuck a red card is. The following is a breakdown of the rules, behaviours, and best red card ideas of Otago Uni students.

If you can’t make a red-card:

Firstly, the theme. The theme must be interesting and ideally something personal to the host. A red card is NOT just a costume party. You can’t put on a Halloween theme and call it a day. The theme requires depth, it requires actual structure to the event. You, the red cardee, hold the power to command your friends and flatmates to do whatever the fuck you want. Think long and hard about how this power ties into your theme. If you have a Mamma Mia 2 theme, consider karaoke with penalties for messing up the words, and sculling everytime Pierce Brosnan opens that beautiful mouth of his. If you have a #FreeBritney party, how are you going to enact meaningful change for Britney?? THINK. Repeat after me: A red card is not just a costume party.

If you’re in want of some ideas, here are the best submissions Critic received:

Overused/boring themes that you should avoid:

Red card submissions we received that you should NOT do. Don’t be fucking dumb:

Now you have an idea of the theme, when should you pull that precious red card of yours? 46.4% of students think you should pull one on early-mid Semester 2. It makes sense, you’ve got a good grasp of uni and your flatting dynamic, but none of the serious assignments have started to roll in yet. Early-mid Semester 1 was the second favourite, with end of Semester 1 coming in third. Generally everyone thought having one end of Semester 2 or in the mid-year break was fucking stupid. As to when exactly you pull one, 52.2% of students think anytime is good, whilst 23.5% prefer weekends and 17.4% love a weekday pull.

General things to think about when throwing a red card:

If you’re invited to a red card: