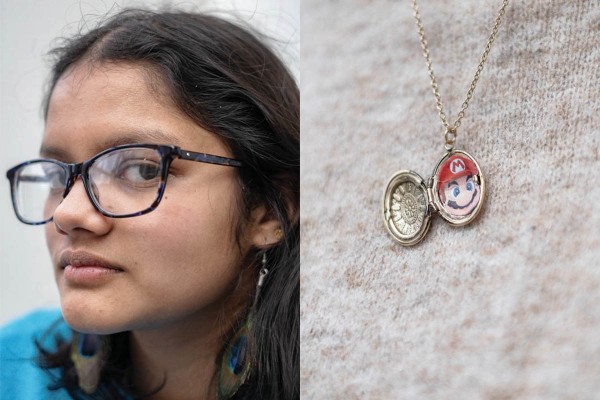 Women have hobbies. That seems like an obvious statement, but in some ways, it’s radical. Since the dawn of time, women have been persecuted for enjoying the same things that men enjoy—whether it’s comic books, certain TV shows, or gaming. For some unknown reason, the thought of sharing interests with women seems repellent to some men, to the point where some people in some communities will actively discourage women from joining.

One of the more notorious communities for excluding women is the gaming community. Most people engaged in gamer discourse already know what #GamerGate is; don’t worry, this feature isn’t about that. But for those who don’t know, the long story short is that only a few years ago there was an entire movement dedicated to harassing prominent women in the gaming industry, releasing their personal information online and sending rape or death threats.

Despite #GamerGate, conditions are changing, and the presence of women in the gaming community is rising. The gaming industry has realised that girls who game aren’t going away any time soon, and the industry itself is becoming increasingly inclusive. Critic spoke to five women about their experiences in the gaming community, and gathered some tips for anyone who is not a cis white man  looking to get into gaming.

As with men, the women we spoke to discovered gaming through a variety of channels. Ella grew up with gaming, saying that her dad was really big into games, which normalised gaming in her household. She played a lot of Sims growing up, which was ultimately an entry point into the gaming community for her. Ella said that she didn’t want the fact that she was a girl to be a big deal, as many people in her household were gamers, so it “[didn’t] feel like a weird thing, and when people make a big deal out of it, it’s like come on, just treat [my gender] as normal.” Cat discovered gaming as she had lots of friends and family members into gaming, so she’d “played games in some capacity for as long as I can remember”. Gaming was “almost like a family bonding thing”. Indira also discovered gaming partially through family members, specifically her male cousins, and she remembers being aware of the gender divide in gaming very early on. Indira had to “beg” for a gaming console for her birthday, and she remembered one year when her male cousins got new editions of the Nintendo DS, but she didn’t. “For them it was their hobby, but for me it was a cute little side thing,” she said.

Other women we spoke to got into gaming later in life. Ceri, who wrote her honours thesis on a video game, got into gaming towards the end of high school as she didn’t have access to video games growing up. Sera got into gaming through her partner for much the same reason. Both Ceri and Sera said that the only video game they had growing up was SingStar, of which Ceri said “I stand by SingStar being a great video game franchise”. All games are valid, y’all.

Cat believes women are “held to a higher standard than men with equal talent, equal skill and equal followings”. Indira felt similarly, and said that “when I play games with guys there’s an expectation that I’m not as good at it”. She said that it was noticeably worse for her friends to lose games to her rather than to each other because “I was a girl”.

“You have a girly voice and the way you’re treated changes completely. You’re either criticized way more or you’re fervently hit on by a swathe of white-knighting simps. The worst bit is they’re so distracted by the femoid on the team that you end up losing anyway, rip.”

You might think this kind of chat would begin and end online. That isn’t the case. Cat has encountered people who would unironically say “Oh, you like Nintendo? Name every console.” She said that it created pressure to present herself in a certain way to “prove” that she was a “true gamer” with valid interest in games. She is constantly needing to prove that she isn’t in it “for male attention”, which she said was, “really fucked up”. Indira experiences the same thing, and is often made to feel like she must have “an ulterior motive … related to a man” to like games. “It’s super hard to get taken seriously,” Ceri said. Men will ask her for her top five games “as proof of my gamer credential and then argue with my choices”.

“You can list five critically acclaimed games and then you’ll get asked about the choices you made in those games etc, and I guarantee you one of those will be unacceptable and proof that you’re making it up to impress the stinky drunk man negging you,” she said.

Women also faced stereotypes around being a ‘gamer girl’, leading to a reluctance to identify with the term. Sera said that girls who game have to “either be super into it and know everything,” or else “you’re just pretending to be into it, faking it to look a certain way to the community.” She also said that she dislikes the term gamer girl. “I’m not a gamer girl, I just enjoy playing video games.” Ceri said she doesn’t love to describe herself as a gamer girl: “it’s not an identity I’d give myself, but then again, I wonder how much of that is a defense mechanism so I don’t have to explain myself every five minutes.”

However, despite all of these issues that women have in the gaming community, things are looking up. Ella said that it’s an “industry problem that lots of games are male dominated”. She feels as if a lot of games are designed for men, so it’s “hard for girls to see themselves in the game. It’s getting better though.” Cat agreed, and said that “gatekeeping and hostile attitudes” keep women away from games as they decide that it’s not worth the hassle, but that there are plenty of women and gamers and streamers that can give a woman a sense of community. Ceri said that girl gamers should “make a difference in the moment, when the moment happens. Calling out the ‘little’ things is a tangible step in the right direction.”

For women looking to get into gaming, the advice is simple: “Just play games.” They all agreed that games don’t have to be gory, graphic, or violent in order to count, either; ignore those who tell you that what you like to play isn’t a ‘real’ game.

“You’re a true gamer if you play video games and you enjoy it. That’s it. Play what you want, have fun with it, and don’t give a fuck what anyone else thinks.