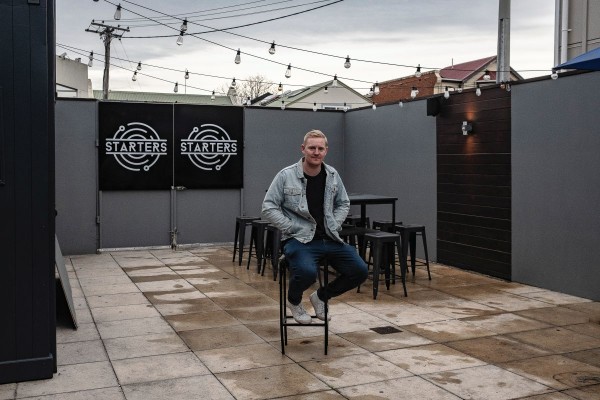 Venues are Struggling, and We Should Care More About It

Going to gigs is about more than live music. It includes a smorgasbord of various things that come together to form the gig experience: the other punters, the vibe, the IPAs available. The voyage that musicians have been on, from stage to livestream, has been reasonably well documented. But what about the vessel? The venues that used to host these artists have been far from the minds of most kiwis. If that continues, venues will close.

Without a stream of artists and their audiences, venues have faced a significant (in many cases, complete) loss of revenue during the course of isolation. It has been nearly impossible to pay the bills. The loss of venues in Dunedin would essentially wipe out several weekly live quiz, comedy and music nights. Think about how boring Dunedin nightlife already is. We’d be fucked.

UTR (Under The Radar), an online NZ music news and event guide, felt first-hand the impact the lockdown had on venues. All of a sudden, every live event on their website vanished. UTR operates as an independent ticketing organisation. Chris Cudby, UTR’s editor, told Critic that a large part of their revenue was gone when the gigs were cancelled. This hit especially hard as the month of the lockdown coincided with New Zealand Music Month.

Chris said: “I can definitely verify this has been the busiest local release period I've ever experienced. It's been a really exciting time from that perspective - significant NZ releases have been emerging at all times every day.” Yet, Chris shares the same mindset as many other local artists, in that the future of attending gigs and supporting local venues should be at the forefront of our minds. “The biggest obstacle in my eyes is the threat of our independent venues being bankrupted by rental fees before they have a chance to recover from lockdown … I feel it should be the top priority of gig-goers and artists to do all they can to ensure we still have free-thinking ‘irl’ spaces for our community to thrive post-lockdown.”

One local venue that has felt the repercussions of not being open during lockdown is Starters Bar. Owned and operated by OUSA since early 2019, Starters Bar has hosted a plethora of events and gigs that cater towards the student population of Otago. Jason Schroder is the manager of OUSA’s events department, under which the management of Starters falls. He is unsure of how Starters will run in future. Jason described it as “pretty shit” because “there’s not much we can do. We’re able to still run [online] events, but there’s no income streams and still overheads that we just have to wear.” Most of the events that Starters host are based on international acts. As with most venues, it appears to be more idealism than realism to expect audiences to respect social distancing and remain seated while vibing to their favourite bands. In the meantime, Starters is figuring out how to open for the patrons who want to go for a drink or a feed with mates. “Really people come for events,” Jason said.

The lockdown gave Starters an (albeit unwelcome) chance to innovate how they deliver music, adopting the same platforms that artists have been using to keep their sound alive. Starters paired up with sponsors Electric Kiwi, OUSA, and Radio One to host Jam on Toast, a weekly live-streaming festival featuring artists from around the country performing from their bubble. The line-up changed each week and featured an array of local, national, and international acts. As Starters is a part of OUSA, it was able to run with the mandate of providing entertainment to students who need it. A happy coincidence is that they could support artists, “especially local artists”, Jason said. The transition to online was rocky. Jason noted how “you’re essentially asking artists to perform with technology that they probably have never used before. Plus, you have to ask them to play for a pittance.” Starters offered the acts koha for their performances.

Another local venue that is struggling is the Dunedin cafe and bar, Dog With Two Tails. The business is known for their weekly quiz nights, open mic nights, jazz nights, and other live performances in their venue side of the business, Bark!. Jo Little, events manager for Dog With Two Tails and Bark! said that financial repercussions of lockdown means they’re “not doing so awesome” and “obviously, we’re not being able to make money to pay the rent”. She said, “Before Covid, we were trying to up our game so we could stay in the game. Now Michael [the owner] has had to do some fund reshuffling”, just to try and make ends meet during the lockdown period. Although the country is now in Alert Level 2, it is still very unclear on whether or not people will be willing to attend physical gigs while maintaining social distancing. As Jo described it, “I think that there will be a whole bunch of people who will be dying to have human contact and get back straight into [going to gigs] as soon as they can. But also, I think there will be a section of our customers who might still feel a bit of tentativeness and reluctance to come back.” Only time will tell. However, Jo is confident in the support of the local community that will help keep the venue running. “One of the things I love about the Dunedin music scene the most is the community spirit and how we help each other. It’s one of the reasons why I love living here.”

To help combat the struggles that venues are facing at this time, the Save Our Venues campaign was launched to raise funds for various venues around the country, and uses the platform ‘Boosted’. The campaign launched at the beginning of Level 4, when Auckland based musician Reb Fountain contacted one of the co-owners of Whammy Bar & Wine Cellar in Auckland, Lucy Maccrae, about how they’re coping proceeding into lockdown. Reb then suggested the idea of creating a Boosted campaign to help support the venue, and getting artists who had grown in that space to share their experiences performing. According to Reb, “all of a sudden we had $50,000 in eight hours”. “I was like woah, this is really big and the community really wants to get behind it.” The team quickly realised that this was not an issue that just affected these two spaces, but rather the whole ecosystem of venues nationwide. They teamed up with the likes of Rueben Booner from Banished Music and Finn Andrews to create the Save Our Venues campaign. Since their launch, there have been over 25 different Boosted campaigns created to support venues across the country. Over $368,000 donations have been received.

Reb emphasised that the goal of the campaign is not just to raise funds, but to create a long-term solution, by emphasising the importance of these venues as creative community spaces. This importance is “easy to overlook”, Reb said.  While the government has created wage subsidies to help artists struggling in their time, there has been no concrete form of government funding to support venues. Venues are hoping that will change. Unless live gigs can happen soon, a cash injection from the Government may be the only way to keep venues afloat. “We’re looking at a national funding strategy that would support live music in general through feeding funding to venues, looking at touring and that whole ecosystem, and doing that now as opposed to a couple of years once these venues are lost,” Reb said.

As New Zealand phases into Level 2, what live gigs will look like this weekend, or next week, or in a month, remains unclear. Venues need to weigh up the risk and reward of hosting gigs with mandatory social distancing, limited patron capacity, and the need for patrons to stay seated. Venue owners do not seem convinced that people will want to adhere to these rules, nor that they would have the capacity to enforce it. For now, venues are relying on financial injections from campaigns like those on Boosted to stay afloat. It is a scary time to be in the live entertainment industry.