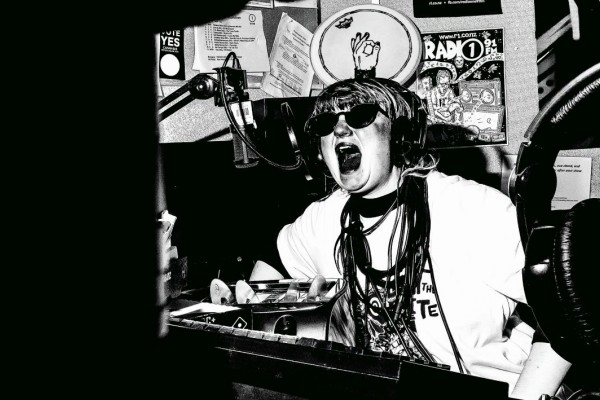 Sean Norling is the station manager at Radio One. If you’ve never met him in person, chances are you wouldn’t recognise him in passing. His vibe is lowkey. He doesn’t like his photo being taken. When Critic met him in his office, it was like he felt pained to be interviewed: he’s like a rockstar who retired young because he was sick of the attention that came with success.

Radio One is owned by OUSA, so Sean and his team are not beholden to advertising, just students. It gives the literal hundreds of students that go through his studio each year the platform to explore a passion and a potential career. Sean has been the station manager since 2008, and a Radio One volunteer since 2000. He has firsthand experience of the highs and lows of student radio. He has watched fellow student stations disappear, and almost lost Radio One, too. When voluntary student membership was introduced in 2011, and student union funding was cut significantly across New Zealand, it was recommended to OUSA that they sold Radio One. Radio One survived, but the students who fought for them to stay have graduated. It is impossible to know how many students actually listen to radio, let alone Radio One. Sean literally does not have the numbers.

As of this year, there are only five radio stations attached to student unions, which together form the bNet. There are other stations that exist, but Sean said they for whatever reason don’t have the same agenda or transmission power as the bNet: that agenda being their promotion of New Zealand music and the training of students in media.

VSM “created an existential crisis for any student radio station”. Sean said that immediately, student unions were forced to rank and prioritise the services they provided, and that “student media in general bore the brunt of cuts … could anyone realistically rank the importance of a radio station over the importance of pastoral care, student support? … [student media was] outside of that cast of what could be considered fundamental services.”

Sean said that although other student radios did not disappear post-VSM, “they changed”. Ownership changed hands, usually into some kind of trust. At least one station’s team turned up to the studio to find “the locks were changed”. At some point, OUSA had hired a company to do an audit of the association to see “what was fundamental [to the Association] through the transition of the VSM and what wasn’t”. It was suggested in this review that no one “really listen[s] to [Radio One],” but it brought up more fundamental questions about how radio is valued.

Ultimately, the issue is that there is no way to know who is listening to the station. It is impossible to track the transmissions. Radio One podcasts their programmes, but Sean said that the platform they use does not track how many plays they get, either. Technically, all Radio One has to go off are the OUSA surveys, which Sean called “methodologically suspicious”. “You know you’re not getting it down to an accurate number, but it’s the best that we can do in the absence of a technological solution where people have a microchip in their head that registers when they’re listening, or whatever that technological solution is.” He mentioned that even national radio stations rely on physical radio diaries and surveys that get circulated across the country every three months.

For commercial radios, the numbers matter. While Sean said he would be “really fascinated” to know how many people listen to Radio One, he is in the lucky position to not need to worry about numbers. He rejects “the pushing of product and the generation of revenue”. He also rejects the notion that the media “must be as popular as you can be amongst the membership in order to prove your value to them. For me, knowing that Radio One puts out an unashamedly challenging listening experience with unique, different and diverse programs that would not appeal to all students.”

“Let’s be real about it,” he said. He said student radio was never going to appeal to all students, “it was never designed to, and it never will. That’s the driver under commercial radio. More ears, more listeners, more product, more sales. It’s not the driver for community radio, which is more opportunities, more reflecting a diverse audience ... it will never be a popularity contest.”

Radio One has been criticised in the past for being “too hipster elite-ish for too long”, as one student put it in the 2019 referendum. When asked if he was concerned about Radio One coming across as a cool kids club, Sean said he’d “never bought it”.

“I’ve never bought this idea that you can and should and will appeal to every student, I simply don’t buy it. For me, that’s just promoting some kind of monoculture fundamentally, and I think that’s completely counterproductive. Completely goes against the grain of student associations which are a broad church, supporting unique, broad taste from members all over the world, of all different lifestyles and backgrounds and so to say that any delivery of service should be some grand panacea of engagement is a fuckin’ pipe dream.”

For Sean, it is more important to him that niche and minority groups that get overlooked in mainstream radio are represented on Radio One. “That’s where I create my value, and that might not mean much to the average student who wants the average experience, but it means a lot to us, so that’s the angle.” He is unabashed to say that their music is not for the average student, but that is exactly why students should listen to them. He wants listeners to feel challenged, not comfortable. This could be why the same listener who accused Radio One of being elitist in the referendum also said “OUSA, if you EVER think of selling Radio One I will track you all down, eat a MASSIVE curry, and I. Will. Shit. On. Your. Doorstep”.

Radio One’s mission is to support the local music community, and they do this by playing 60% New Zealand music, and coordinating professional recording sessions in their studios. Sean believes that what gets missed when talking about radio is the community that supports the whole process, and the acknowledgement of how important it is for artists to have the “means of production”. He revelled in the fact that, “I can sit here and I can make a song in front of you”.

The slogan for Radio One as of 2020 is “Live, Loud and Local”. Sean didn’t come up with the slogan himself, though he is “comfortable” with it. “It’s just a catchphrase which was seen to be emblematic of our operation,” he said. Nevertheless, everything he had said up to this point proved how real the slogan is. Sean talked favourably about how “old school” broadcasting radio can be, but was also enthused to explain how music is “on the cusp of a technological revolution. We all now have the ability to be musicians and we realise that”. He hopes that with more freedom to produce music, musicians will be less likely to be caught up in the corporate production trap. Aspects of that trap are ones that radio stations can fall into, too. Although Radio One does not need numbers to stay alive, it does need the mandate of students, even just a loud minority of them.

“The challenge for something like Radio One is to look at its operations more holistically, create microtransactions, whether it’s a fuckin’ like on Facebook or flipping a sausage out there, it doesn’t actually matter. What matters are the genuine exchanges between an operation and a potential listener like that … Right now, that looks like giving platforms to local artists and that we’re doing our best to persuade people, be it by food, be it by fuckin’ wacky content online, be it by getting one really dynamic volunteer through and getting all their friends in their networks to participate as well. There are lots of ways to engage in old school radio.”

“It’s beautiful, it’s old, it’s free. I feel like radio is the cockroach that will never die. They’ve been talking about it for decades, the death of print media, the death of radio, the death of television programming. You know, we have Netflix now, we have Spotify now, you can blog on the internet now. The challenges for traditional media organisations are pressing, they are there, but I think there are really big opportunities to expand engagement."

Currently, the only measurement of Otago students’ Radio One listenership is the OUSA annual survey. The numbers haven’t looked great for a while. In 2017, student listenership was at 24%. In 2018, this dropped to 17%. In 2019, it shot right up to 32%. Sean sticks by his stance that surveys are not the way to value a service like student radio.

In the past year, Radio One has hired three students or very recent graduates onto its staff. Sean said his entire team are all “fucking rockstars... they’re fucking beasts at their jobs, and it wouldn’t matter if they were pink, purple, youthful, old, they’re the best at their jobs”.