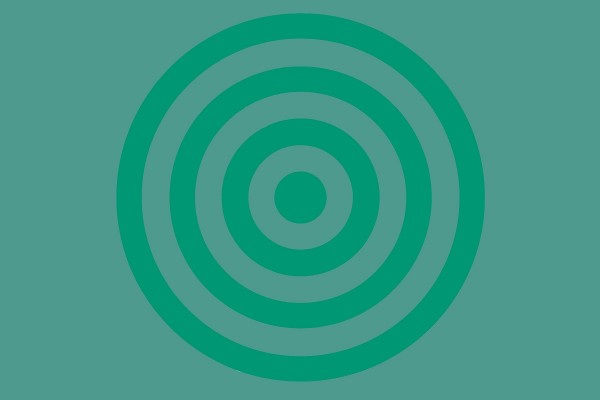 An insight into inadequacies

Māori mainstream music had a breakthrough in 1984 with ‘Poi E’ by Patea Māori Club, reviving te reo Māori songs within a country that popularised little beforehand. Notably, Prince Tui Teka was another early Māori artist who performed songs in te reo Māori reaching mainstream New Zealand audiences, however his live album dedicated to Māori songs was only released in 2002, years after his death. It seems te reo Māori hits that blow up nationwide are memorable and long-lasting, however there are few and far between, and the lack of representation in mainstream media may be a huge issue.

Kirsten Te Rito is a current Māori musician from Rongomaiwahine and Ngāti Kahungunu, who recognises the importance of the revitalisation of te reo Māori. Although she “didn’t grow up speaking te reo'', she decided to “push herself to get better at it”, and consequently her three solo releases ‘Te Rito’, ‘Āiotanga’ and ‘Te Kaitiaki’ are all in te reo Māori.

In her interview, she emphasised the lack of representation of Māori language within mainstream media, in that “growing up there wasn't a huge range of Māori pop music, with the exception of Patea Māori Club, Moana and the Moa Hunters and a select few others”. She believes it’s important to “make music for young Māori speakers and people that are interested in te reo Māori”.

However, Kirsten faces a music industry that doesn’t give her adequate support to create music that reaches mainstream audiences through New Zealand media: ”I don't believe the same opportunities are available to me and my Māori language music that are available to English language artists and their music. Even if my track had the best production on the planet I don't believe that mainstream NZ radio would play it because it's in te reo Māori.” She believes at the end of the day it “all comes down to language and support of the language”.

Kirsten says there is often positivity surrounding her performances in te reo Māori, especially out of the country: “Overseas people really embrace it and are often incredibly moved, more so overseas than here in Aotearoa.”

Her suggestion to help combat the neglect of te reo Māori in mainstream media is simple. “Play it on mainstream radio, television, advertising and anywhere it can be heard… Book Māori language artists for gigs and festivals.” She also highlighted the disconnect of our national language in comparison to other countries, saying, “In France they play French language music. In Spain they play Spanish language music… Why not here?”

Adam Kitto, who goes by Dharmarat, has had a different experience within the music industry. Hailing from Tainui, he reckons, “I don't think the industry even knows I'm Māori. Everyone who knows of me knows I am but I think because I pass as Pākehā it's easier to look at me that way.”

Adam supports artists using te reo Māori and recognises the beauty of Māori culture incorporated into mainstream music. Even though he has “only recently started to fully embrace my culture” he continues to gradually learn about himself and his Māori heritage, especially through his music. Self discovery is a huge step throughout finding identity in post-colonial New Zealand, and in the future he is “looking at incorporating more reo in my writing [and] Māori art in my visuals”.

Henry De Jong, drummer of Alien Weaponry, has had a lot of success throughout the bands career, being well known for their metal music in te reo Māori. Henry, of Ngāti Pikiao descent, grew up in full immersion Kura Kaupapa Māori. Many of the band’s songs revolve around “our family and tūpuna” as well as “New Zealand history, which is something most people don’t talk about enough”.

Within their te reo Māori songs, the band incorporates the “haka vibe that works well with metal” and Henry describes that their music “flips between Māori waiata and haka, and I think it just works for us”. Their music has “both English and Māori, [and they] tie into one another and get people interested in things” such as Māori history and pre-colonial Aotearoa. His music, language and tikanga is definitely a significant part of themselves as Māori, and believes “we’ve made a lot of progress to make sure Māori culture doesn’t die, and music does play a large role”.

Throughout his career, his band has faced backlash that Henry dubs as unimportant and “often from people who don’t know what they are talking about”. Remarks from people, mainly non-Māori, often along the lines of “white boys shouldn’t be singing Māori”, because people don’t realise their ethnicity. He said that a lot of people have “dismissed us and said what we do is gimmicky,” when he is simply sharing his culture with others through the native language.

He believes that the New Zealand music industry is very supportive in terms of funding and making sure musicians get paid and have a career. However, he recognises the disconnect between te reo Māori and mainstream music in New Zealand. Much like Kirsten Te Rito, Henry said “our Māori songs are generally more popular because we have a lot of overseas draw” and that people overseas get really into it and are invested in our culture. “It’s kind of crazy to see New Zealand dismissing Māori music as a form of music that can be mainstream and popular.” He suggested that people in New Zealand are so disinterested in Māori culture because people previously completely dismissed Māoridom and it’s worth.

Kirsten said in regards to te reo Māori translated songs: “‘Waiata / Anthems’ was a great idea.” Chart wise, it was hugely popular. Last year the album debuted at number one on the Official New Zealand Music Charts. Co-ordinated by Hinewehi Mohi, whose rendition of the National Anthem in te reo Māori caused upset from Pākehā who felt left out in 1999, the album consists of translated mainstream New Zealand songs into te reo Māori.

Perhaps the album’s popularity throughout New Zealand may show that we have progressed a bit in 20 years. However, with the input of popular Māori and non-Māori artists, it remains the only collaborated album that displays te reo Māori in mainstream media such as non-iwi radio stations. Maybe another name could have been ‘Now That’s What I Call Mainstream Te Reo Māori 1’.

Iwi radio stations are a backbone of Māori communities, with 21 stations nationwide. These stations allow iwi to express their stories, play their music, and, most importantly, speak their language. These stations allow news to reach Māori in a way that Pākehā dominated media doesn’t. Yet their lack of recognition comes with lack of funding. Although iwi radio remains an essential part of Māori lives, there is a dire need for recognition of the importance of Māori space within white-dominated media in order for iwi radio to receive the funding they deserve.

Unlike other Pākehā dominated radio stations, mainstream radio George FM sees three main presenters, all of Māori descent, trying to normalise te reo Māori with small integrations within day-to-day broadcasting. However, being on an iwi frequency, is this enough? The representation of Māori on this platform is without a doubt great, however normalising te reo Māori in mainstream environments might not be achieved solely through everyday chat, but would thrive with Māori music played outside of iwi radio.

In terms of all mainstream radio stations, the lack of catering to Māori audiences has neglected Māori artists reaching wider audiences. Troy Kingi, Rob Ruha, Maisey Rika, Ria Hall, Dennis Marsh to name a few, when was the last time you heard their songs played on stations like The Edge, Mai FM, RNZ? The hesitance to play Māori music in Aotearoa deprives space for Māori artists to thrive, and unfortunately te reo Māori might be better received overseas - perhaps they can appreciate our taonga (treasure).

Ultimately, Māori don’t need the approval of mainstream media to recognise that their music is valid; making it through the industry and following through with their beliefs shows this. Yet people wider than iwi radio should be exposed to more te reo Māori songs. It’s only our official language of course.

For now, ‘Poi E’ remains our number one Māori mainstream song, arguably the only mainstream song, in over 35 years. Although this song is the absolute tops, it may be time for more te reo Māori songs to enter mainstream media and blow our socks off once more.