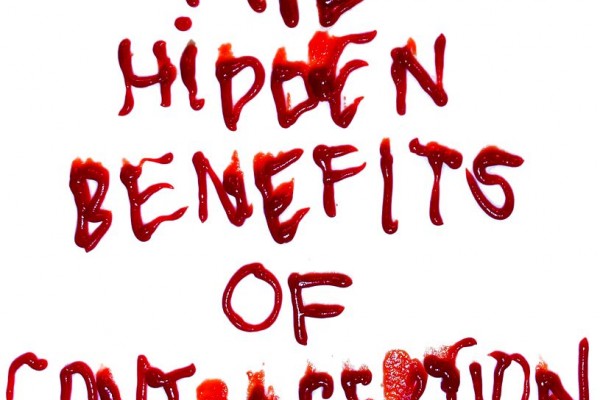 The first time I got my period, I was nine. I didn’t know what a period was, and I didn’t know why people were making such a huge deal out of it. It didn’t hurt much, it was just alarming. I was sure that it wasn’t normal to bleed out of your vagina, and I was sure adults with vaginas weren’t expected to calmly put up with such a harrowing experience on a regular basis. Well, I was wrong, it was normal. When I was told this at the age of nine, I was excited. I was “a woman” now, and my parents even wanted to take me out to dinner. Looking back, I realised that they were probably just attempting to compensate for a life-time of pain, inconvenience, period anxiety and pregnancy scares.

But what if there was a way that you could stop your periods? I discovered contraception, like most people, in high school. The prospect of controlling my bleeding excited me - not for any underlying medical reasons, I just didn’t like having my period. Plus, it freaked me out.  The average uterus-bearing person spends forty years menstruating, with a blood loss of 10-35mL per period. That averages to six litres of blood over a lifetime, and that’s not even accounting for those who have heavier periods.

When I told my mother about going on contraception, she was not happy. She was convinced that a lack of periods would cause some permanent fault to my reproductive system. Current research disproves that. I took contraception, in part, to suppress my periods. But menstruators choose to suppress their periods for any number of reasons.

As far as periods go, I was lucky. I didn’t experience extreme pain, or heavy bleeding. Marga*, Jo, Cindy* and Neveda* were not so fortunate. Marga went on the contraceptive pill at fifteen because she had extreme period pain. She said she had “really bad cramps, nausea, fatigue and headaches, among other things”. She would “end up avoiding leaving the house for 2-4 days because [she was] afraid to feel sick in public and not be able to leave.” Jo also went on contraception to suppress period pain, which she described as “quite severe”. She also found it was “nice to be able to control when I had my period”. Similarly, Neveda suppressed her periods as she had “very, very painful periods as a child. So much so that I would vomit, blackout and not be able to walk… [I also had] really intense hormonal migraines. I wouldn’t be able to look at lights, or hear any loud noises. I’d have to take painkillers and go to sleep, which canceled out a whole day.” In her teens, Neveda “started getting periods that would go on for longer and longer until eventually I was menstruating all the time. 365 days a year.” Neveda says she therefore suppresses her periods because “if I wasn’t bleeding, I wasn’t in pain”.

Cindy suppresses her period as she has endometriosis, which causes invasive growths of endometrial tissue to occur outside of her uterus. She suppresses her periods, as it “means I have less pain to deal with. It gets rid of menstrual pain, on top of all the other pain I have.” She was prescribed birth control to regulate the growth of endometrial tissue in her body, and was recommended to run the pills on by her doctor.

Jamie* wanted to control her bleeding for another reason. She went on the contraceptive rods for reliable, long-term contraception, but then found that “I would bleed for 6-8 weeks at a time, and it was really heavy. It was unmanageable, and no one wants to bleed for two months at a time… I was losing so much iron from the blood loss, which is why I wanted to control my bleeding. It just made me feel shitty. I didn’t get normal period symptoms as it’s not technically a period, but before the rod I had really bad periods. Cramps, PMS, everything.” She ended up taking Provera in addition to her rods, which contains a progesterone-like compound. It’s commonly prescribed to treat abnormal bleeding.

As for methods, the women we spoke to used all different kinds of contraceptives. Most of the women used various contraceptive pills. Jo and Marga found that the pills they were put on initially worked really well, and they had no issues. Then, Marga changed pills due to funding, and experienced strong nausea. She went through “3-4 different ones which all had the same side effect. I then went on the mini pill which didn’t make me feel sick, but… didn’t do anything to improve my periods.” She found that her bleeding also became very irregular. Neveda also went through many different forms of contraceptive pills in order to suppress her bleeding. Her “body would adjust, and I would get bleeding again”. She finally wound up on Depo-Provera, an injection of progesterone that works as a contraceptive for three months. However, she found that “three months was too long between injections so I’ve had to go every two and a half months in order to stop my periods.”

Cindy also started with a pill, but moved to an IUD. She found she “got cramping every day, so I switched to a new, smaller IUD.” She found that the “pill definitely worked best for suppressing periods, specifically the combined contraceptive.” She did find, however, that when she does choose to have periods, they are “heavier on the pill than on the IUD, as the IUD is more localised so it stops the uterine lining building up as much”.

However, suppressing periods using contraception isn’t as easy as it sounds. Three out of the five women we spoke to experienced some side effects that caused them to change their method of contraception. Cindy noted that having an IUD caused her to experience “changes to my boobs, and I got acne for the first time in my life. It’s persisted despite not having the IUD anymore. Mainly my boobs change depending on contraception. On the pill they’re fuller, and on the IUD they were less full, which kind of plays with your mind a little bit.” Neveda found that “on the pill itself there weren’t really any side effects, they just weren’t working [to suppress my periods]. Though there was one pill where I didn’t last more than a week because the mood swings were so bad. I was seriously depressed. I would cry for no reason during the day, and my partner would wake up at two am and I’d be sobbing into the bed.” On the Depo-Provera, Neveda said she “put on a lot of weight, although it worked well for period suppression. I put on 10kg within the year, but more importantly than that, [the Depo-Provera] was increasing the fat content of my liver. Blood tests showed that I was going up incrementally at an alarming rate.” Because of this, Neveda stopped getting Depo-Provera shots, and is currently relying on barrier methods of contraception.

Despite all these potential side effects, most of the women are still on contraception to suppress their periods. Marga said that she’s still undecided whether or not the side effects of contraception are worth suppressing her periods. She said that “I definitely couldn’t put up with the nausea I was experiencing because I would feel sick for at least half the day, every day, to the point where I was worried I would throw up in a lecture.” For Jo, any side effects were “absolutely worth” it, as “having the pain under control meant that I could function like a normal human.” Neveda and Cindy agreed. Due to her endometriosis, Cindy said that she would “take the doctor’s word” that suppressing her periods was better for her in the long run, “if the side effects are tolerable, which they are”. She said that she had “never had a regular cycle, not on the IUD, and not before contraception. Knowing when my period comes is worth being on [the pill] as I can control when I get it.” For Neveda, she says that “if I could go back to having a regular cycle, that would be something I would choose. But that’s not why I’m on contraception. It’s definitely worth it for me because the alternative is really debilitating.” As someone who’s primary concern was pregnancy, Jamie also feels that her contraceptive journey has been worth it. She noted that “if you asked me a year ago I would say probably not, but… it’s worth it just to minimise risk.” Jamie did put a caveat on this statement, saying that “it’s been very frustrating. [Initially] they gave me a pill they shouldn’t have given me with the rod… [it] fucked with my mood almost immediately. I went to Family Planning afterward and they said ‘what, why did they give you that? They shouldn’t have given you that with the rod’.”

As for any concerns around suppressing menstruation, most of the girls didn’t have many. The biggest issue for them was the uncertainty around pregnancy, as not having a period means no signal that you’re not, in fact, pregnant. Jo said her main concerns were “knowing I couldn’t stay on it forever, and that I could potentially be covering up a more serious issue.” Cindy said that she would “quite happily rely on barrier methods but that’s not an option for me”. Neveda added that “it would cause damage to us internally to stop suppressing our periods. I can’t keep bleeding 365 days a year, and [Cindy] can’t get endometrial lesions. There’s no point sitting around worrying about it because the alternative is shit.” Jamie has no concerns, as “for me the last five months have been great and I’ve felt great in general from not having any periods… but I think taking any drug for too long, especially hormonal drugs isn’t good. I think take them so long as you need them.”

Emma Macfalane, a nurse practitioner specialising in Women’s and Children’s Health, had this to say about period suppression: In her experience at Family Planning and working in a travelling women’s healthcare unit, she has found that suppressing periods is very common. It also has a long history in New Zealand, with lots of “old guidelines” for menstrual suppression. Emma told Critic that there’s “lots of research about stopping periods for therapeutic reasons. Currently the gold standard for menstrual suppression is the Mirena” - the same IUD that Cindy was on for her endometriosis. She said that period suppression is “certainly something I think is a good idea for several reasons. For some people their periods are horrendous, for others [menstrual suppression] is convenient.” She noted that for some, it’s an issue of money, where they can’t afford to buy period products every month, otherwise known as period poverty. Others play sport, and find it easier not to menstruate. Some trans-men also choose to suppress their periods to help with transitioning. Yet other people simply want to stop their periods when they’re camping, going travelling or getting married, and want a short term guarantee that they won’t experience bleeding. Emma also noted that quite a few people use the combined pill to suppress periods, and “that’s actually what we suggest that people do. It makes the pill more effective as well as stopping your periods, as you’re less likely to miss a pill.”

So it seems there are endless reasons why someone would want to suppress their period, and it’s up to the individual to decide whether that’s an attractive option for them. Neveda ended her interview by saying this: “For [Cindy and I], we have medical reasons to suppress our periods, but you don’t have to. If you’re more comfortable without a period or want to have more control over it, as long as you’re speaking to your doctor who knows your medical history and you’re being safe, just go for it.”