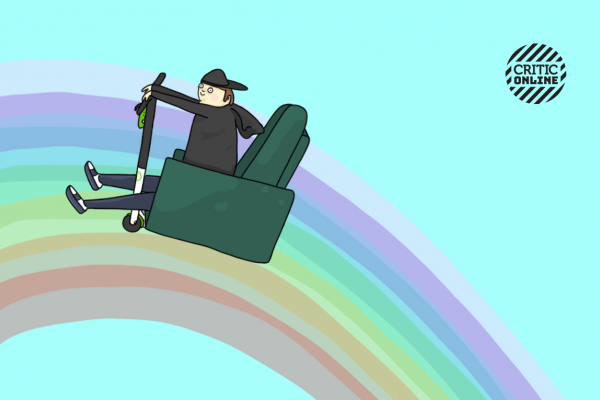 Lime: A Year of Outlash, Antics, and Scooting

It’s been over one year since Lime hit the streets of Dunedin. Students rejoiced when the pavement was filled with the bright green toys on 10 January 2019.

Students wondered: do you ride in the cycle lane? On the street? On the pavement? Nobody knew, and nobody cared. Anarchy reigned for the low price of 40 cents a minute.

But the ride hasn’t always been smooth. Lime was hit with backlash after backlash since their launch. The first few months were a nightmare for Lime in Dunedin.

It took only five days for the first problem to strike. A deployment of Limes in Switzerland were found to have problems with their brakes. When you’ve got civilians hooning alongside cars without helmets, it’s not a good look to take risks. Every single Lime throughout Dunedin was individually assessed. Any faulty scooters were culled from the flock.

On 20 January, ten days in, the real trouble began. A 26-year-old collided with a large truck near the Dundas Corner Dairy. She was left in a critical condition after the collision. This was the beginning of a big legal mess and an investigation which would continue on for months. In one of the strangest flexes to ever hit the electronic scooter scene, a helmet manufacturer offered the poor woman a free helmet, despite the accident already having occurred.

A few days later, an absolute madlad reinvented what it means to ride a Lime by shoving his La-Z-Boy on top. He rode it the wrong way down the cycle lane, and video footage was shared throughout the country. Another set of scarfies were spotted transporting a mattress by chucking it on two Limes and riding them down the street.

On 29 January, three Limes from Dunedin showed up in Balclutha. Locals called the police, but as the scooters were not stolen there was no crime to investigate. The Balclutha Mayor made it clear that he doesn’t mind Limes, just not in his town.

February is when the pushback against the Lime hordes began. While many had scorned the green menace in private, the first public move started with Dunedin author Lynley Wood.

Dr Wood did what we all do when faced with an issue caused by a giant corporation. She started a petition. She wanted Limes to be recalled. Looking onto any Dunedin street (well, before we went into lockdown) will tell you just how successful that was.

Then the University got involved. Otago was faced with a rather dire issue when it comes to Limes: students can be stupid. How could they stop students from cracking their head open after a few too many Billy Mavs? First they tried to offer free loan helmets, which could also be purchased as a part of the 150th Otago Uni anniversary merch line. When that didn’t work, they banned students from riding Limes on campus.

On the 21 February, Critic released its only-partially-satire article ‘How To Look Cool on a Lime’, painfully unaware of how poorly timed the article would be.

The next day, it happened. Full Lime apocalypse. Limes were completely removed from the streets of Dunedin due to legal issues in Auckland creating a domino effect around the country. Freshers were confused by Critic’s Lime feature. It was a little awkward.

Two weeks later, Lime would return. Lime agreed to a set of terms set by the Dunedin City Council, and the electronic green plague returned to our streets.

Just one week later, a New Zealand Transport Agency official questioned the vehicular status of the Lime. A lot of semantic bureaucracy happened. They decided that Limes were not motor vehicles. As a result, nothing changed.

In one last ditch effort to rid themselves of this new motorised menace, the University of Otago decided to start the Walk Your Wheels campaign, which advertised that no skateboards, bicycles, or e-scooters would be welcome on their turf. Most students neglected to care.

The great Lime drag race was announced, and caused quite a stir. Hundreds of people on Facebook set themselves as ‘going’ to a Lime race through the University. Two people showed up.

By July, Lime news had dried up. The public had come to accept the looming presence of Lime in their everyday life. The most newsworthy thing for months was a video of two Dunedin residents driving a trolley full of groceries using two Limes. It was frankly a bit derivative at that point, and a lot less interesting than the man on his La-Z-Boy.

Nothing exciting has happened since. Limes have become a normal part of society, and crappy opinion pieces or daily press coverage no longer gets the people of Dunedin clicking. In August a blind man injured himself on a Lime parked crudely on the street, but nobody could spare any more attention for the topic. What would have been a pressing issue just months before was swept under the rug.

It’s safe to say that nobody cares about Limes anymore. They're a fun mode of transport, not a conversation topic. While crashes and accidents are still happening all the time, they have become normalised. By battling their way through the initial backlash and acting in good faith with the Council, Lime has cemented their place in our transport system. Here’s hoping that in ten years students are still getting them stuck up trees or tossing them in the Leith.