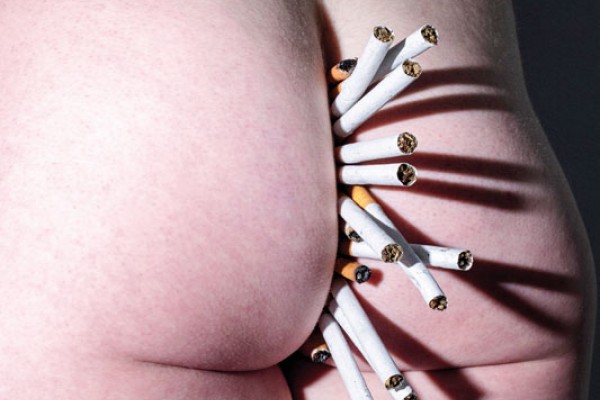 Flo Week is a week-long ceremony of buying shit you don’t need from Kmart and deleting piss with the bradas. Throughout the week, different named flats host different themed parties, and everyone gets absolutely cunted on White Rhinos and Billy Mavs.

I considered joining in on some of the festivities, but then I remembered a crucial roadblock. I am 22, and am only living on Dundas as part of an effort to savor any sense of youth from these decerped bones. Going to one of these parties would just be sad, and I just can’t do it anymore.

So, I might not have hit the streets until the morning after these riots, but when I did, it didn’t take long to realise that these students – rich on course related costs – were throwing perfectly half smoked darts while on their Castle St crawl.

Listen. I am a cheap and scabby bitch. Darts are racking up at anywhere between $27-$32 a packet. At this point, even the rankest of leftover dart is worthy of a humble rip and roll. As I had just run out of my pouch, I decided to wander down Castle at the end of Flo and see how many ciggies I could salvage. I had no idea just how many treasures I would find.

What better way to kick off Flo Week than the classic Back to School party at Courtyard on a Monday evening. What better things do you have to do on a Monday than watch The Bachelorette NZ like a sad, pathetic, loser? Well, that’s exactly what I did instead. However, the Tuesday morning was the beginning of the chaos and destruction that would flo throughout the week. Among finding too much smashed glass and a few unopened Tropical Elephants, I only found five ciggie butts. I was disappointed, as it was only enough to roll one pathetic dart. Maybe this whole idea would be a bust? Maybe kids have all hopped on the vape train with no remorse? Only time could tell.

Tuesday night of Flo Week was home of the notorious Trippy Tuesday party at Adventure Time. To be honest, I didn’t really hear most of the party or the hype around it. I didn’t think it would be that big of a rager. But Castle St on the Wednesday morning proved otherwise. Among some scattered UNI101s I found on the ground, I managed to score seven durry butts.

The Wednesday night of Flo Week was the Gothic party, held at Haunted. Someone needs to tell these kids that wearing an overpriced Harley Davidson does not constitute what it means to dress goth, but y’all ain’t ready for that conversation yet. The morning-after Haunted, I managed to find what appeared to be an unused flesh-light, at least three empty Nang containers (don’t worry, I checked), but most importantly, thirty ciggie butts. Thirty. That was enough to rip and roll 6 thin, very unpleasant, but still smokable darts. Did I smoke them all that day? Yes? Did I probably contract Glandular Fever? Also yes, but at least it was free.

Later that night I went to Night n Day and I met a girl walking by herself and walked her home. We talked about life, studying, and why her up2 hadn’t texted her back. Ash, if you’re reading this, I hope you’re having a great day.

Thursday night was Frat Party at the Feisty Goat, apparently. The Friday morning, I awoke to a whole bunch of smashed glass by my door, alongside a miscellaneous trolley and a windshield wiper. Were the two correlated? That’s a secret we will never know.

The most polluted area of ciggie butts was around the remains of a burnt couch. I like to imagine that people were chain-smoking as it burned, using the flames to light up. I found two slightly moist Rothman Reds still in a packet and decided to call that a win for the day.

The morning after the Valentine’s party at Fridge was one of the more interesting sights on Castle, given the amount of kids being dropped off to their shit flats by their mums in black SUV’s. I overheard a concerned mum, who I assume was called Karen, ask her son “are you really living here?”, as he tried to play it cool in front of his mates. I found a couple more supermarket trolleys as well as some actual human shit on the road, which I think is a fair enough representation of what Valentine’s Day is all about. Out of the nine durry butts I found, only three of them were able to be rolled into some form of smokable object. I think I cut my lip on some smashed glass that infiltrated its way into my beautiful roll. Beggars can’t be choosers on these unforgiving streets.

Following presumably the biggest night of Flo Week with the White Out at Thirsty Boys, Castle was in absolute disarray. In a very hungover state, I went to go find some darts and was greeted by some absolute mad lads pissing on their friends from their roof. There were more freshers piling into their halls with a box of Billy Mavs tucked away under their bedding, which made me feel very sentimental of being so young and youthful. The cleanup was already well underway when I set on my quest, so I only managed to scab enough durry butts for one very average ciggie: an anti-climactic end to my mission.

Maybe there is some deeper meaning to this about the amount of waste that happens around partying. Or maybe it’s just a representation of the shit students do when they get on the absolute rark. I don’t know, you can make up your own metaphor. All I can say is thank you to the poor, naïve kids that don’t know how to smoke a cigarette right to the filter. Also, if you want your cheap flesh light back, hit me up at culture@critic.co.nz.