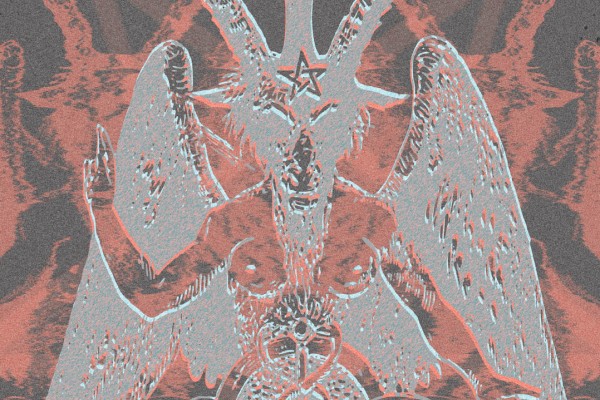 A Critic Mystery by Owen Clarke

“The night is dark, and full of terrors,” whispers Leroy.

“Fuck off, Leroy,” you respond. “I’m tired of hearing about that Game of Thrones bullshit.”

Your group of friends crosses the field, dark clouds massing above, blocking out the stars and surrounding the lonely moon. Tall, pale grass scratches at your ankles… or it would be scratching at your ankles, but you’re wearing Hi-Top Vans! Whoooooooooaaaaaaaaaa! Steezey. You flash twin peace signs to no one in particular.

Ahead, the legendary Cargill’s Castle looms in the moonlight, on the cliffs above the coast. You, your three flatmates Leroy, Dr. Savage, and Kelly, and Kelly’s Tinder date Chad Biceps, all got really drunk on White Rhinos this quiet Tuesday night and decided to break into the abandoned castle. It’s trespassing, technically, and it’s supposed to be haunted (according to one Reddit post Leroy pulled up), but Chad can bench press 120kg so you reckon you’ll be alright. Also, you don’t believe in ghosts anyway. Who does? It’s 2019. The scariest things in life are getting your nudes leaked and your Tinder date turning out to be your old boss.

“The night is dark, and full of terrors,” whispers Leroy again.

“But it’s true!” he whines. “George R.R. Martin is a legend. I can’t believe I’m missing the Season 8 finale to do this!”

You want to smack him for being such a dumbass, but wait…there’s a light up ahead. It’s coming from deep inside the castle.

“Yeah, babe,” says Chad. “It’s a light. Looks fuckin’ dope, too. Heh.” He takes a pull from his vape and blows a massive cloud of smoke into everyone’s faces. “Blueberry-apple-raspberry-lemon flavor,” he says. “Oh, and it’s got a hint of melon. Dope, right?”

You approach carefully, and realize the light is coming from a door in the floor, half-hidden underneath a layer of mud and leaves.

“Is that a trapdoor?” asks Leroy.

He reaches into the white lab coat he always wears and pulls out a dictionary.

“Trapdoor,” he reads. “Of, relating to, or like a trapdoor.”

“Dr. Savage, that’s a useless definition,” you respond. “As usual.”

You reach forward slowly and raise the trapdoor. Creeaakkkkkkkkkk.

You inch forward and drop down into the trapdoor. You find yourself in a long, dimly lit hallway. Torches line the stone walls, which drip steadily with a strange wet liquid. You wipe your finger on the walls, examining the liquid intently. What could it be? Your Chemistry degree should allow you to decipher the liquid. After some testing, of course.

“Is that water?” asks Leroy, who has dropped down behind you.

The others follow, with Dr. Savage gingerly lowering himself to avoid dirtying his lab coat. Then you all begin to walk forward. After a hundred meters, the passageway opens out into a large room. At this point, it becomes clear that you’re in big. fucking. trouble.

A crowd of people, all dressed in red robes, is massed before a high altar. There are at least a hundred of them. Dozens of torches are ensconced in the walls. Unlike the ones in the hallway, these are lit with ominous black flames. A figure stands on the altar, in front of a massive pit of fire that seems to have no bottom. Skulls and blood and other scary shit is also hanging and dripping from the walls, and there are a few disemboweled corpses lying around, and pentagrams drawn everywhere.

(I could keep describing all this for you chumps, but basically it looks like that shit from Indiana Jones #2, okay? Just like, not in India or whatever.)

You can’t see the faces of any of the figures in the crowd, because they’re all wearing hoods. They’re muttering in unison, in a language you don’t understand.

“Latin,” reads Dr. Savage from his dictionary. “Of, relating to, or dealing with the Latin language.”

This figure slowly reaches up and removes its hood…

“Fuck,” says Leroy. “Fucking Satanists, dude. That thing’s got horns. Satanists. Right? We gotta get out of this motherfucker.”

Chad takes a rip on his vape.

“Satanists,” reads Dr. Savage. “A person of, relating to, or dealing with Satanism.”

“We know what fucking Satanists are, Dr. Savage,” you mutter. “Shut up before they hear us.”

You turn to book it down the passage, but step on a crushed White Rhino can on the ground. Dammit Leroy. The crackle echoes throughout the cavern. All the robed figures turn towards you.

“Welcome,” says the horned thing in the front of the room. You squint. Is that a goat?

“The night is dark and full of terrors! I knew it!” says Leroy triumphantly.

“You’re trespassing on our secret Satanist lair,” continues Baphomegusa. He waves his hands around ominously. No wait... they’re actually hooves.

“But it’s okay,” Baphomegusa says, “because we knew you’d be here. We need more sacrifices to the Great Melon King, and you dumb uni students are the perfect sacrifices.”

“Great Melon King,” muses Dr. Savage. He scrolls through his dictionary. “Hmmmm. That one’s not in here. Sorry guys.”

“Shut up!” hisses Baphomegusa. “We knew you’d be here, because one of you is actually a secret Satanist. One of you worships the Great Melon King.”

You aren’t exactly sure how worshipping a Melon King is Satanism (and neither am I), but either way this dude is cooked. You turn to leave, but realize one of your friends is now blocking the exit. Oh fuck. It’s…

Click here to find out who the secret Satanist is.