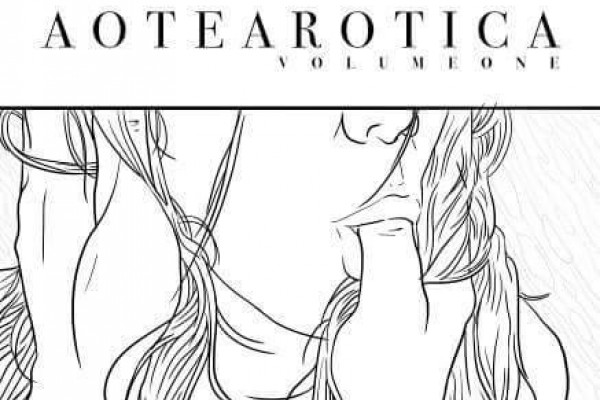 Critic: You’ve said in other interviews that you’d like to include work from a more diverse range of authors, in terms of culture, genders, and sexualities. Could you talk a bit about why this kind of diversity is important to you? Laura: Because that's a reflection of our culture I would love to see, in writing, because I'm a teacher by trade. I see quite a diverse range of people and I would love to see them represented in literature too. I think there has been historically a tendency for the literature scene to be very white, and very middle-class. I think it's important that everybody's experiences are shared, particularly when you're writing about sex. There are a lot of really damaging stereotypes out there, particularly when it comes to pornography and things like that. When you're looking at erotica, to have other cultures and their people's experiences represented and shown to be normal or valuable, I think it's really important. Critic: Do you make a destinction between erotica and porn? Laura: I very strongly make a distinction between erotica and porn. I sometimes refer to what we do as smut, but it's kind of a joke because it's how my father refers to it. For me, the biggest difference is that - I read something once that really resonated, that said "pornography is generic, erotica is very specific." In pornography, people are often represented as a generic version of themselves, because the whole point is that the viewer can imagine that they are that person doing that thing, or they are that person having that thing done to them. They're designed to be blank canvases that you can project yourself onto, essentially. Whereas erotica is often very specific about characters and situations. The reactions of those characters and situations are really specific as well, so you see somebody not just as a body or a body part - you see their emotional reactions and you see why that particular thing affect them more than it might affect somebody else. You have a sense of their history as a person as opposed to just the body part. I guess pornography for me is about bodies, and erotica is about people.

It's still a story - it still has to have all those elements. I was so frustrated by the writing that I could see about sex was actually just crappy writing, and that's really frustrating.

Critic: What sort of places were you seeing it?

Laura: I think there's joke about writing about sex - there's the bad sex award. Writing about sex is notoriously difficult because we're kind of weird about it. We get prudish about it and we get in our own heads about what we're doing. But if you are to google search erotica, or to pick up Fifty Shades of Gray, or any other book that is pitched as erotica - mainstream books - they're not good. They're awfully problematic, and then they're just also just bad writing. I got really sick of kind of wooden characters. It wasn't erotica, it was pornography. The characters were just an excuse to talk about an explicit escapade.

Critic: Do you think the characters come across so corny because, as you said, they are made as these empty vessels for people to project themselves into?

Laura: I think so, and that's why you get the stereotypes that keep cropping up - the blond with the big boobs, the MILF, the bored housewife - all of those kinds of characters. they've become really recognise tropes that we can say "I'm one of those too." If you are reading about a character who feels real, you can sympathise with them. "I understand how that person feels because I've been in a situation similar, or I understand how that person feels." But you won't feel like you are that person, necessarily. A really good character you get alongside, rather than you become, I think. They feel real - they feel like a friend. I think as well from a craft perspective. Generally, the people who want to write about sex and don't mind putting it out there that that's what they're doing are just not doing it very well. We get a lot of submissions. Bad writing about sex goes from bad to. . . so funny. We also get a lot of really good submissions that we don't publish for various reasons, but we do get . . . we do get some really funny ones. Critic: Do you enjoy reading it? Laura: I love reading the good ones and the bad ones for different reasons. Critic: How do you choose them?

Laura: I choose what I like. I'm my baby so I have quite a lot of ownership over what goes on. For me, if it's not good writing I'm not interested. I don't think there's any faster turn off than poor grammar or clunky description. My writer brain switches on and I'm immediately pulled out of the mood. I like to have a range of experiences and I like to have a range of voices, but then it just comes down to do I like it, or not. Critic: Do you have any favourite erotica writers? Laura: I tend to think of erotica with the broadest definition of the term. Not just writing that turns you on, but writing that explores sex and sexuality as a concept. I really love the work of Alan Hollinghurst who is a gay British writer. I'm obviously not a gay man, but I really love his writing. I appreciate what he's done for that culture. I love a woman called Sarah Waters who writes historical lesbian fiction. There's one called Fingersmith I really like, and another one called Tipping the Velvet. Historically I love Anais Nin.

Critic: How do people react when you tell them you write erotica?

Laura: It's interesting. People are actually usually really fascinated. I think I am an "acceptable" face to it. I'm a reasonably gently spoken, middle class teacher, so I'm not confronting. I think people can feel sympathetically towards me as opposed to threatened. I'm not - you wouldn't meet me on the street and picture me as an erotica editor. I think that reassures people. It's people who I am not going to meet in person or people who I'm not going to speak to that I worry about. If I were to apply for a job I would be interested to know how my potential employers felt when they good searched me. But I think if they met me they would feel at ease about it. It's probably also because we do take a literary approach to it. If you go on our website, you're not going to be exposed to things that make you feel uncomfortable. Even if you were to pick our book up, you might flick to a page that you don't necessarily want to look at in public, but we work really hard on the design and make sure everything is really clean, and really tasteful. It's illustration as well, and also comics.

We try and mix it up. In our first one we got a guy called Dylan Horrocks who is a really amazing NZ comic artist, and another guy called Ant Sang who was one of the lead artists on Brotown. We get quite a range. ONe of our contributors who we've featured a couple of times is a Spanish guy. He really cracks us up because his name is Casanova. That always makes me giggle.

Critic: What are you doing at the Writer's Festival?

Laura: [I’m talking to] Lana Lopesi, she's the editor of Pantograph Punch. She's got an essay coming out in out Volume 4 looking at Pasifika sexuality. I'm going to speak to Lana and a woman called Karen Healey who is a critically acclaimed young adult writer.

Critic: What do you think of the word moist?

Laura: When I was at high school we used to have an ongoing conversation about which was worst - moist or used. If everything in your life was either moist or used, which would you pick? I'd always pick used because of moist sounds disgusting.

Laura: A very explicit illustration of a man going down on a woman, kind of from underneath. It's the perspective.

Critic: Have you heard of river stiffies?

Laura: No, tell me what it is!

Critic: My workmate wouldn't tell me - he said to ask you!

Laura: I need to know!

Critic: What’s your favorite word for penis and vagina?

Laura: People often say vagina when they mean vulva. So I like things - the teacher side of me is coming out more than the erotica side - I like things to be correct. So probably penis and either vagina or vulva. Also cock. Probably cock, actually. It's a good one

Critic: How many willies should there be in a book?

Critic: How much pee does it take to get a lady pregnant?

Laura: I don't understand the question.

Critic: What's the most interesting thing that's been up the butt of someone in one of your books?

Laura: Nothing interesting. Nothing that you'd be like "Oh - they put that there?" Sorry.

For more information on this and many other events, including writing workshops, industry tips, talks by authors, and poetry, go to https://youngwritersfest.nz/