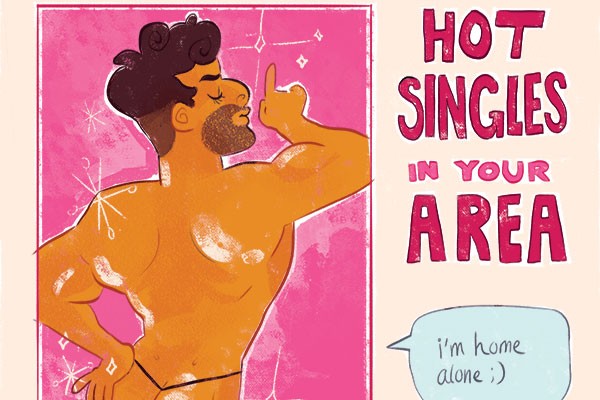 To start with, I want to make a distinction between pornography and sexualised advertising. Adverts are designed to make you want to buy something, whether it’s clothing, a car or a drink. Advertisers keep screaming that one, everlasting mantra of “sex sells” over and over again at each other until another unwanted sexually charged advert emerges from their collective creative ooze. Pornographic material, on the other hand, merely wants to make you seek sexual gratification. So, where a advert with scantily clad women writhing on a car intends to and will (in theory) make you want the car, a pornographic film of people fucking on a car will make you want to touch yourself where it tingles - and that’s the intent of it.

Brian McNair has written prolifically on pornography, and argues that media production, reproduction and consumption may not have advanced at the speed in which they did if not for pornography. He argues that pornography played an integral role in driving all media advancements. With every technological advancement, pornography has been right there with it. Pornography was on the internet from the beginning of the internet - users uploaded their personal material right from the get go, excited to share and get their greasy mitts on something new. Pornographers very quickly realised they could profit from providing material for any niche fetish out there in the world.

Gail Dines is a sociologist who has spent her career researching pornography. In her book Pornland (2010), she states that “the global industry has been estimated to be worth around $96 billion in 2006.” Every year over 13,000 films are released and the revenue from pornography is larger than all Hollywood studios put together. It’s hard to believe the size of it, considering the production value of most pornography. There are 4.2 million porn websites, and these sites receive around 450 million viewers a month. Both men and women consume pornography, although men are usually the main audience. These numbers are growing, and are likely already out of date considering when Dines’ book was published, but specific statistical data on porngraphy can be hard to come by.

The average age for young men to begin consuming pornography is 11. Hopefully most 11 year old boys have never had sex, and so this makes their first foray into the wonderful world of sex watching graphic, often degrading and potentially violent pornography. Because of the internet, kids are no longer just looking at pin ups of half naked people, or images of naked people in a magazine, but intense, graphic, and let’s face it; racist, sexist and heteronormative portrayals of sex.

The majority of pornography today is aimed at straight, white men. If you’re browsing the internet and ads pop up somewhere on the page, chances are it won’t be of a man, oily and ready to go. It’ll be of a young woman, probably white, making eyes at the camera, bouncing her tits and will be coupled with a caption about needing the D.

People of colour in pornography are limited to stereotypical and regressive roles. In the world of pornography, all black men are aggressive and have massive dicks, all black women have a totally insatiable and wild sexual identity. Asian men are feminised to the point where they’re rarely cast in straight pornography because consumers can’t imagine them as traditionally masculine and dominant. Asian women, on the other hand, are hyper feminised, often portrayed in an innocent and child-like but sexualised way.

Young women in pornography have a very short window of opportunity. Basically, when they first start out, they’re booked for a lot of films because a lot of people are into the virginal, ‘this is my first time having sex on camera’ kind of stories. Once the girl is more well known (about 2-3 months in), she can no longer be in the ‘normal’ films. Instead, there are only a few options; find an untapped niche, get a big audience and become a famous pornstar, get into the weird shit, or quit. The first two options are quite hard to achieve as you can imagine, considering the size and expanse of the pornography industry. So, often, the last two are the real options. Either you quit your chosen career, or you do a bunch of stuff you’re not actually comfortable doing on camera.

This is where the idea of consent comes into question. How can you consent to performing these kinds of actions when you admittedly don’t want to do them, but you’re faced with having no money and losing your job if you refuse certain kinds of work? Considering the increasingly violent nature of mainstream pornography, it could be quite intimidating for young women to go down the rabbit hole of the non-mainstream material. A woman in the documentary about pornography called Hot Girls Wanted describes how she went for what was described as a typical blow job shoot, but when she arrived at the venue, there was only one man with a shitty camera. After shooting the initial scenes, he told her that it was to be a forced blow job. She came away from the experience feeling violated.

While there are issues of consent, inequality and mistreatment in the pornography industry, women should have sexual freedom and autonomy to do with their bodies as they choose. To dismiss women in the pornography industry as abused and victims is condescending to the women who want to do this type of work. We don’t want to be a part of a sexually repressed, backwards world. Feminist pornography exists, and women in the industry have chosen a career path. Even if they are unhappy in their role, how many people actually love their job? Why is it so bad for people in pornpgraphy not to enjoy their work? How is it, really, any different to any other form of work?

Pornography as a concept is a mostly neutral thing. It has always existed in a multitude of different forms, and always will. It’s naive to say that pornography is wholly okay. There are so many issues attached with the industry, dismissing it all as just fine ignores the very serious problems. On the other hand, to be anti pornography full stop is also short sighted. The ability to express sexuality freely without shaming is important, and there truly are people happy being porn stars. Instead, pornography needs to subject to serious critique constantly, in the same way every other form of media is. Inequalities need to be addressed, content needs to be questioned, and the industry needs to be held accountable for its actions and decisions