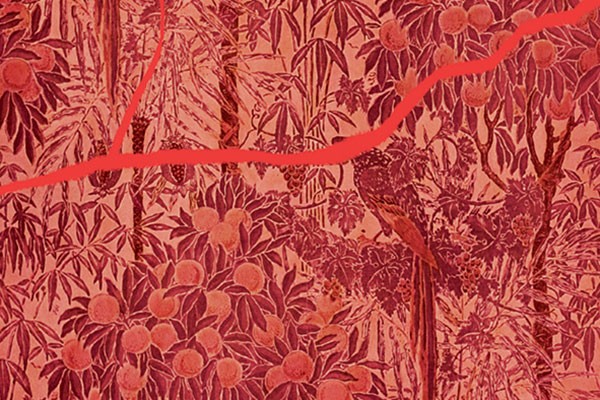 When most people think of China, what comes to mind are chopsticks, the Great Wall, pandas, kitschy images of Chairman Mao and perhaps grainy footage of a student standing in front of a tank during the Tiananmen Square protests. While most people are aware that China has a huge population, fewer are aware of how this demographic breaks down or that it includes an ethnic group of people with ancestry much closer to Istanbul rather than Beijing, people who are locked into what they perceive as a mortal struggle to preserve their culture and their homeland.

The overwhelming majority of China’s 1.3 billion inhabitants are Han Chinese, who make up a little over 91 percent of the population. China’s population is spread across 23 provinces and five autonomous regions, with the bulk of the population living on the more highly developed east coast. group who speak a Turkic language and in almost no respect reflect the traditional impression of “Chinese”. Uyghurs make up roughly 0.47 percent of China’s population.

Following the Japanese Occupation during the Second World War, China was in the midst of a brutal civil war that would eventually see the rise to power of the Communist party in 1955. To help ease the toll the burgeoning population was taking on China’s land, Chairman Mao declared that China needed a united motherland. This policy aimed to bring back areas that were historically part of China. These included Tibet and Turkestan, the latter being the home of the Uyghurs. By 1955, fresh on the heels of Mao’s pronunciations, this starkly beautiful region was incorporated into the People’s Republic as the Xinjiang autonomous region.

To call this new autonomous region large would be an understatement. It is exceedingly vast. It comfortably contains the world’s second largest desert, the Taklimakan, and shares borders with Russia, Mongolia, Kazakhstan, Kyrgyzstan, Tajikistan, Afghanistan, Pakistan and the porous boundary line with the Tibetan Autonomous Region. It covers 1.6 million square kilometres and is the eighth largest country subdivision in the world. Along with being an important strategic loggerhead, it contains large oil reserves and is currently China’s largest producer of natural gas.

With the tightening grip of Chinese control, and the discovery of natural wealth, the Chinese state began one of the largest state-orchestrated migrations in human history. By 2008, the six percent of Han Chinese jumped to 40 percent of the overall population. The total population rose to roughly 21 million.

“In 60 years we have not seen autonomy, autonomy is just on paper,” said Dolkun Isa, the executive director of the World Uyghur Congress (WUC). “We need democracy and we need self-determination.”

As Isa and I talked over Skype, the computer delays failed to hide the fact that Dolkun Isa was exasperated and more than a little sad.

“They killed 25 people yesterday,” Isa said before our interview began.

The “they” he was referring to was the Chinese government and the 25 people were Uyghur refugees, who were in Thailand trying to be resettled in Turkey. The Thai government, citing the refugees’ lack of documents, sent them back to China where, according to the WUC, they were promptly executed. Thai officials would later say the refugees were safe. Over the coming weeks, a further 109 refugees would be sent back. Neighbouring countries praised Thailand for not meddling in China’s internal affairs.

Stories like these abound on the Congress’s website. The Congress, which was spear-headed by activist Rebiya Hadeer, seeks to document to the outside world the daily conditions that Muslims face living in the People’s Republic of China. A cursory look at the website paints a grim picture of life in Xinjiang, whether it is a ban on fasting for Ramadan or a sidebar with rotating pictures of Uyghurs being held in Chinese prisons.

With the attacks on the World Trade Center in 2001, suddenly Central Asia was not only a place of natural wealth but an area of potential danger. The Chinese government focused on groups fomenting terrorist activity, and activists with “independence” agendas were specifically targeted. China pledged support to the West’s War on Terror. The government strengthened its already tight grip by putting more police throughout the province, monitoring mosques and arresting those accused of separatism. Uyghur leaders blame the heavy-handed policy for eruptions of violence that sporadically occur throughout the region and the country.

It was with this as a backdrop that the WUC was founded in 2004. Its headquarters are in Munich, Germany. Its mission is “to promote democracy, human rights and freedom for the Uyghur people and use peaceful, nonviolent, and democratic means to determine their political future.” For its part, the Chinese government has labelled the Congress a terrorist organisation.

Lacking a congenial figurehead, such as the Tibetans’ Dalai Lama, or a well-funded media campaign to advertise their plight, the Uyghurs have been forced into their role as China’s forgotten people. Despite all the talk of China’s economic miracle, the Uyghur people find themselves continually slipping through the cracks.

The Economist recently detailed openly discriminatory employment practices that see Han Chinese hired over their Uyghur and Tibetan counterparts. In a recent report, the magazine reported that nearly 83 percent of Uyghurs remained farmers, despite the rapid urbanisation of the country as a whole. By comparison, the number of Chinese living on farms has gone down by a third since 2000. While the population of Han Chinese in Xinjiang has exploded, less than one percent of Uyghurs have resettled outside their native province.

“If you travel around Turkestan (the Congress doesn’t use the term Xinjiang) you will see a rich country and you will see the Uyghurs are very poor in our country. The opportunities only exist for the Han Chinese,” Isa lamented.

No matter who the opportunities might exist for, the Chinese economic miracle continues to chug on unabated. Recently a “New Silk Road” was proposed linking the east coast of China to western Europe. The name is a play on the traditional trade route that carried goods from Asia to Europe across Central Asia. This large-scale super-highway will clock in it at over 8000 kilometres and is hoped to reduce the transport of goods to a mere ten days (it currently takes 40 days). The president of Kazakhstan called it the construction of the century. Urumqi, Xinjiang’s capital, and the Horgos, a town on the China/Kazakhstan border, will feature prominently in this new development. Whether this new construction project will have any benefits for Uyghurs remains to be seen.

“This new Silk Road will not benefit Uyghurs, maybe it is worse for us,” Isa flatly stated.

Wade Shepard, author of Ghost Cities of China and currently writing a book about the new Silk Road, agreed that even bigger changes are coming for most, if not all, of Xinjiang.

“Yes, lives of the Uyghurs will be fundamentally changed. First of all, the very landscapes where people live are going to be changed permanently. Villages are going to disappear, neighbourhoods are to be razed to the ground, new metropolises are going to go up where there were none before and people from other parts of the country are going to flood in,” Shepard stated. “The past will be exterminated and a new era will be ushered in. This era will see a flood of new endings and beginnings both positive and negative.”

This new development and focus on trade means the standard of living will more than likely rise for the people of Xinjiang, more educational opportunities will become available and more economic options will be created. China is hoping its economic miracle will be enough to stop the uneven growth that has separated the interior of the country from the more prosperous east coast.

“When applied to Xinjiang, it is the most economically, culturally and geographically remote area in the country. And changing has become a top priority for the Chinese government,” Shepard stated. “So we are going to see a Xinjiang that is totally reworked — literally from the ground up. Traditional communities are being broken up, ancient villages replaced with high rises and a culture that’s being more watered down generation after generation.”

Given the history between China and Turkestan, it is not a difficult leap to think this will all be on the terms of the Chinese government. Whether it is claiming territories across the South China Sea or negotiating with the military junta in Myanmar, China uses its economic development as a tool. It tries to obtain political and social stability through economics. This isn’t just by destroying and reorganising but by holding the carrot of better physical health, educational opportunities and economic well-being.

Determining who historically controls these types of regions is fraught with peril. The documented history of Xinjiang dates back 2500 years and the region has been ruled by a colourful menagerie of dynasties and tribes. Chairman Mao historically claimed Chinese control based on types of pottery discovered in Xinjiang’s towns. The WUC makes some bold claims about the small size of the Chinese population in 1949, which are vehemently denied by various academics. It might even be fantasy for the Uyghurs to believe they would have lived in peace. The Soviet Union exerted control on most of neighbouring Central Asia and Mongolia and even attempted to subdue Xinjiang in the 1930s.

Over the past decade, unrest and disillusionment have grown in Uyghur communities. This has spilled over into violent attacks both in Xinjiang and the infamous Kunming railway attack where six Uyghurs stabbed 29 Han Chinese to death. While the WUC denounces these attacks, many in the Uyghur community see the heavy-handed police presence throughout Xinjiang as being a major cause of these violent outbursts.  Chinese officials see the police presence as necessary against what they perceive as a threat from radical Islamists.

Any hope for future reapproachment seems bleak. China continues to hope economic developments, like the new Silk Road, will raise the standard of living and thus give Uyghurs a reason to integrate and embrace the Chinese economic model. The WUC maintains that no economic gain is worth the destruction of their homeland and that China is only interested in erasing their history for the betterment of Han Chinese.

“What’s ironic about the new Silk Road is that through the process of reviving these traces of history and ancient culture, it goes hand in hand with making sure traditional ways of life are being decimated and replaced with nothing but the super modern,” Shepard stated. “It is going back to a time when China was the centre of the world, and it is erasing everything that has occurred during the intermediary millennia.”